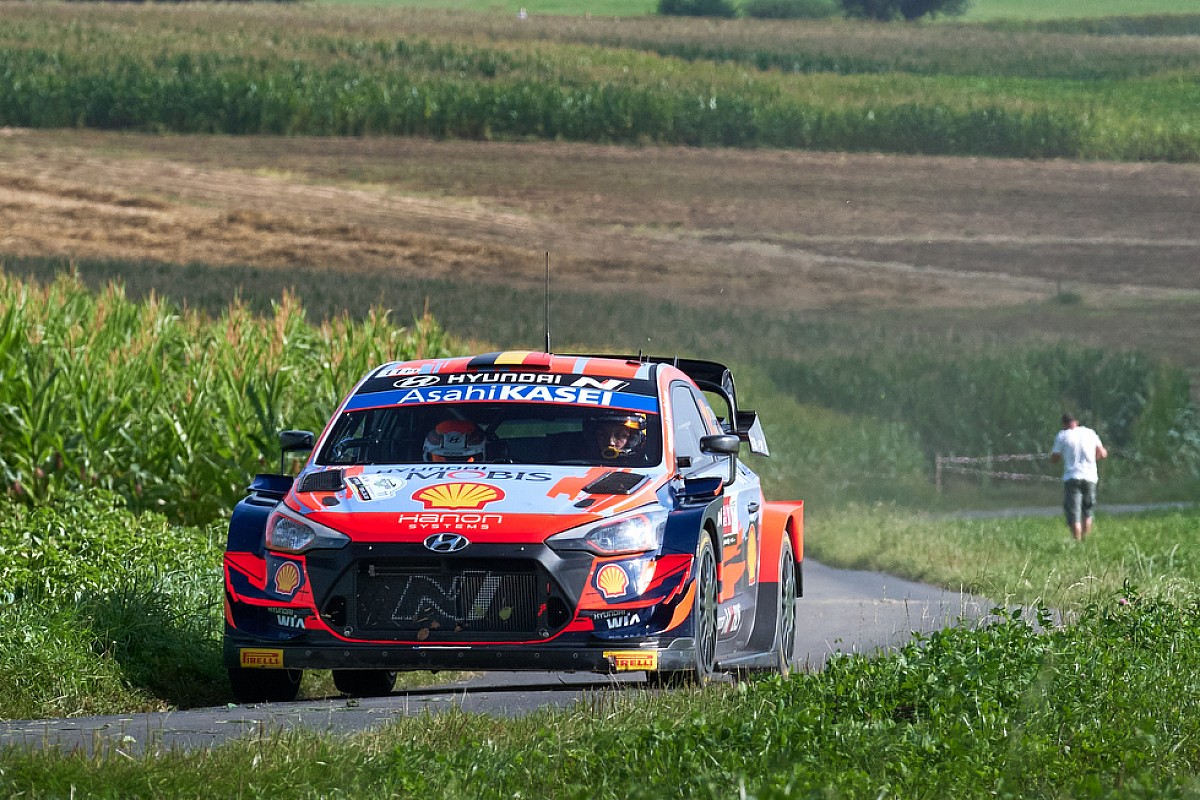 Thierry Neuville closes the second day of competition at the Ypres Rally in the best possible way, by winning Special Stage 16, the short Mesen – Middelhoek 2 of 7.99 kilometers, further strengthening his first position in the general classification of the eighth event of the World Rally 2021.

Thanks to this time trial, but also to Craig Breen’s fifth at 2 “9 from him, the Belgian from Hyundai now has a 10” 1 advantage over the Northern Irish teammate in the overall standings when there are 4 special stages left. of the Belgian event.

The day saw Ott Tanak come out of the fight for the podium due to a puncture in today’s first test, otherwise Hyundai could have maintained the hat-trick set up yesterday.

The Estonian, who slipped to seventh position, managed to climb sixth after the terrible accident that occurred to Takamoto Katsuta after a few kilometers from the start of the PS10. The Japanese made a mistake and went off the road, demolishing his Yaris. Luckily for him and his co-driver, Keaton Williams, they both came out unscathed from the crash.

The fratricidal fight at Toyota for the third and last step of the podium of the Ypres Rally was staged throughout the day. Elfyn Evans managed to keep him to himself after the puncture he took Tanak out of the game, but behind him both Kalle Rovanpera and Sébastien Ogier got closer, and not just a little.

Evans, who is 32 “3 behind Breen, tomorrow will be able to manage the slight advantage of 3” 3 over Rovanpera, fourth overall, but Ogier is also in the fight. At the moment the leader of the standings is fifth, but just 3 “7 from Rovanpera’s fourth place and 7” clear of Evans.

For Ogier, being able to get the podium this weekend would be very important from the point of view of the run-up to the Drivers’ title. We will see tomorrow if Toyota decides to apply team orders and pass Ogier, if the 7-time world champion fails to climb to third position with his own strength.

As for the WRC2, Oliver Solberg and the new Hyundai i20 N Rally2 had a difficult but certainly important day. The Swede accused a power steering failure in the morning which was then repaired at the Service mid-day.

After rehearsing in the afternoon, Solberg had to deal with the same problem, which reappeared after a few kilometers of the SS13. In the end, his great margin against team mate Jari Huttunen led him to finish first in the category. Meanwhile, Hyundai sees a double win with the new i20 N Rally2. An unexpected result to say the least on the eve of the Belgian event.

Today’s race day at the Ypres Rally ends here. The drivers will now be able to use the Service, then the cars will go to the Parc Fermé. The race will resume tomorrow morning with Special Stage 17, the Stavelot 1, which will start at 8:30 Italian time. We remind you that tomorrow, the 4 scheduled tests, will all be held within the Spa-Francorchamps circuit.

Two people died in a fire in Yakutia