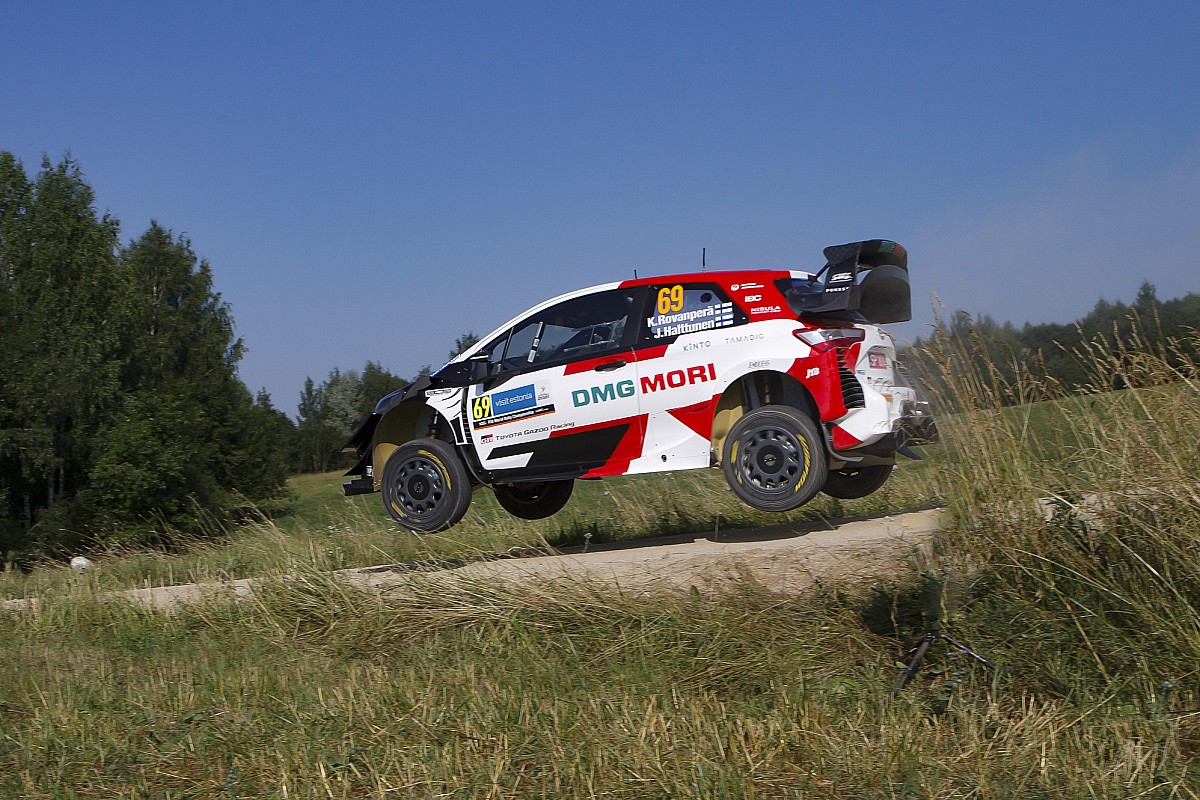 The Rally Estonia will start tonight with the first special stage, but this morning the drivers took part in the Shakedown, the test that allowed them to refine the set-up of their cars in view of the actual start of the seventh round of the WRC 2021.

On the 6.23-kilometer Abissaare track, Kalle Rovanpera set the fastest time, driving the first of 4 official Toyota Yaris WRCs. The Finn set the reference time trial in his third and final lap in 1’51 “1, ahead of home owner Ott Tanak by half a second.

The Estonian was the only Hyundai driver to get in the way of the Yaris WRC, because then behind him were Takamoto Katsuta, Elfyn Evans and Sébastien Ogier. The Japanese did just one-tenth worse against Tanak, but using one more pass than the Hyundai driver.

A little slower both Evans and Ogier, who will be called to open all the special stages between today and tomorrow by virtue of their position in the general classification of the Drivers’ World Championship. Toyota has nevertheless shown that it can have its say on this type of dirt road, but Hyundai – we remember – presents the engine with 2022 specifications in Estonia.

Out of the Top 5 by 1 tenth of a second Thierry Neuville, who this weekend will have to try at all costs to get behind Ogier to try a desperate comeback in the Drivers’ World Championship. His delay from the 7-time world champion is 56 points mid-season. It will not be easy to try to recover them all, but he will have a duty to try.

Behind the Belgian is Craig Breen, who will be behind the wheel of the third official Hyundai i20 Coupé WRC Plus this weekend. The Northern Irishman was half a second slower than Neuville.

After a good start in the first 2 laps, Teemu Suninen was sucked in by his opponents and did not go beyond the eighth time, right in front of team mate Gus Greensmith. Last time between the WRC Plus for Pierre-Louis Loubet, who returned to the wheel of the i20 Coupé of the 2C Competition team after leaving the wheel to Oliver Solberg at the Rally Safari.