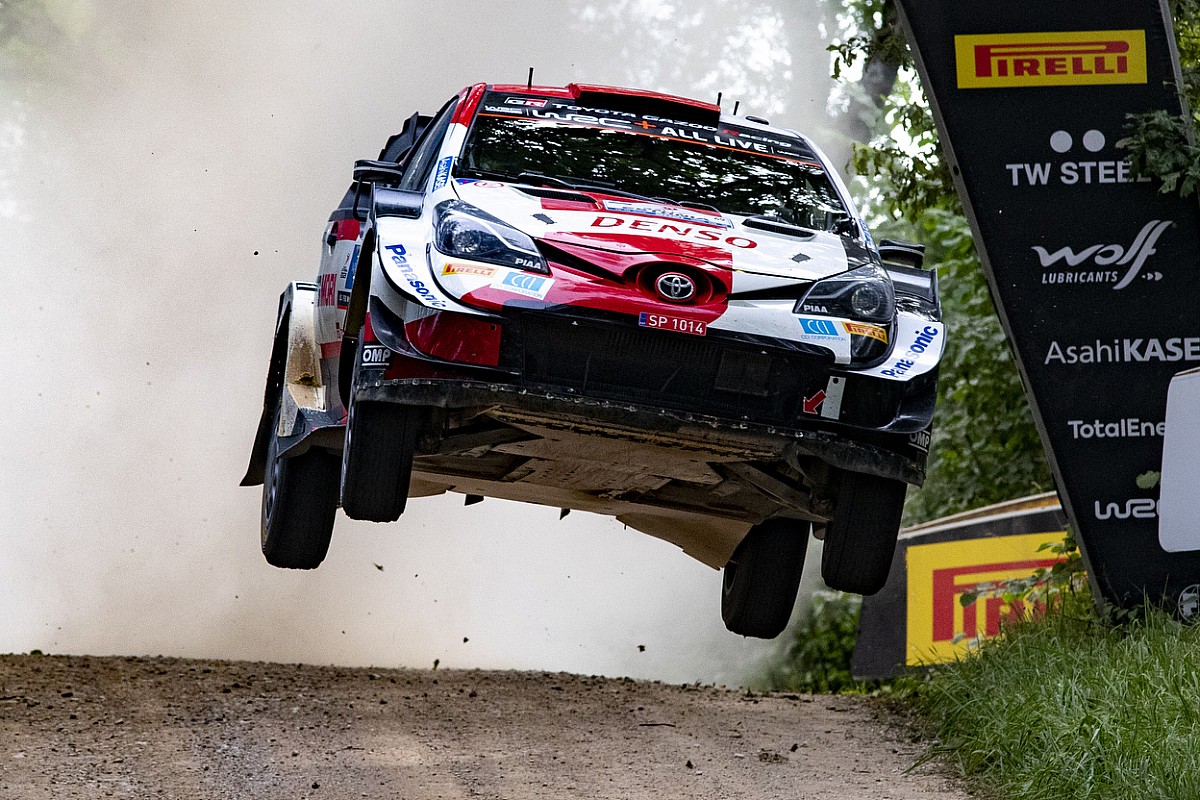 Kalle Rovanperä / Jonne Halttunen continue to lead the Rally d’Estonia WRC after the first lap of Special Practice on Saturday.

After almost another 70km on the very fast Baltic dirt roads – with all the competitors who chose the Soft compound of the 5 Pirellis available – the Toyota Gazoo Racing duo found themselves firmly in the lead with the # 69 Yaris, managing to stretch over their rivals.

This allows them to keep Craig Breen / Paul Nagle’s Hyundai i20 Coupe at a safe distance (35 “7), who are trying to manage the situation that currently sees them hold the place of honor with a decent advantage (+46” 3) on teammates Thierry Neuville / Martijn Wydaeghe.

For their part, the Belgians gained a little bit on the Toyota Yaris of the reigning champions, Sébastien Ogier / Julien Ingrassia, who, however, tried to answer him in PS13 and now see the podium at 4 “5.

Among other things, in Hyundai they have adopted the tactic of delaying the departure of Ott Tänak / Martin Järveoja from PS12, who after the problems of Friday’s stage are in action with the aim of taking the bonus points. The Korean House had the Estonians in front of Ogier / Ingrassia in order, so they preferred to demote them at the start (the penalty will not affect their result) letting the French go and still remaining before Neuville / Wydaeghe, so as not to clean up. ‘the road surface to rivals.

The third official Toyota driven by Elfyn Evans / Scott Martin also remains in the Top5, 23 “2 behind his teammates; the Welshman admitted that he tried to catch Ogier, but in vain and without major improvements.

On the other hand, the Ford Fiesta WRC of Teemu Suninen / Mikko Markkula (M-Sport) and the Hyundai of Pierre-Louis Loubet / Florian Haut-Labourdette, divided by 43 “3 in the duel for the sixth and seventh place overall and with the problem ‘to lead the way to others.

In Top10 we also find the Rally2 cars, with the reigning ERC Champion, Alexey Lukyanuk (flanked by Yaroslav Fedorov), who holds the eighth place on the Škoda Fabia Rally2 Evo of Sports Racing Technologies ahead of that of Andreas Mikkelsen / Ola Fløene (Toksport WRT) and the Citroën C3 Rally2 of Mads Østberg / Torstein Eriksen (TRT World Rally Team).

The latter found themselves obstructed in the PS13 (with red flag displayed) by the overturned Volkswagen Polo GTI R5 of Nikolay Gryazin / Konstantin Aleksandrov. The Movisport / SRT crew came out unscathed, but the narrow stretch prevented the passage of those who followed, so they will be assigned official time trials.

Now half-day stop in service, then repetition of the aforementioned routes, to which the Super Special PS18 “TV3 Tartu 2” (1.64km) is added in the evening to conclude Stage 2.