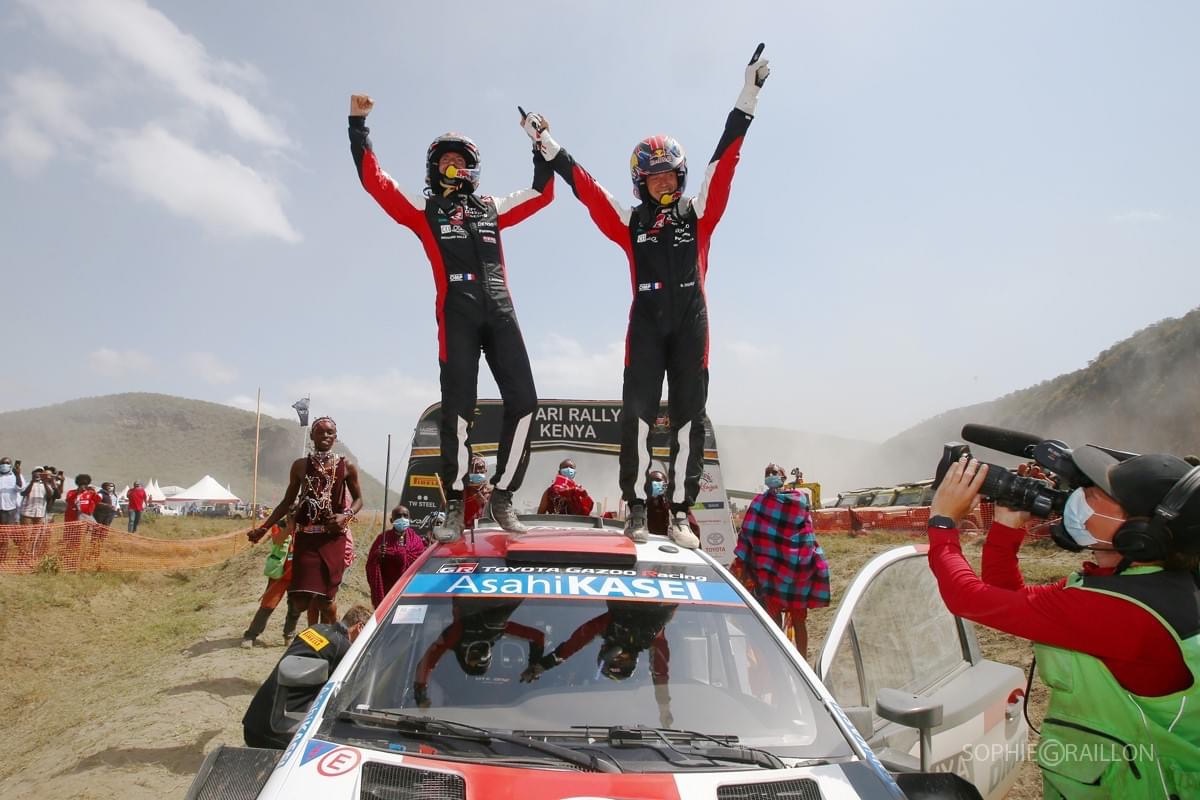 He signed on stages 14 and 17, then took the race win as well as two extra points for fourth place on the Power Stage. At the finish in Hellsgate, Sébastien Ogier was radiant and even a little incredulous, as success seemed beyond his reach until Sunday morning. And instead, the crash that removed the Hyundai of leader Thierry Neuville from the competition, allowed him to secure the seal in the return edition of the Kenyan Safari. Behind him, 21 ”behind, team mate Takamoto Katsuta, who thus guaranteed a double win for Toyota Gazoo Racing, and at 1’09 the Hyundai of Ott Tänak, winner of the Power Stage.

Wonderful fourth at 1’44 Adrien Fourmaux in a Ford Fiesta. With high spirits for his first ever scratch in SS 16, the Frenchman admitted that he hoped to be confirmed in M-Sport for 2022. Not far from his brand colleague Gus Greensmith, protagonist of a discreet but not lacking weekend of anxieties. Sixth position for Kalle Rovanperä’s Yaris, forced to chase due to the mistake made in the PS7 on Friday evening.

Bravo to return to the 10 despite the accident on Saturday Elfyn Evans. The Welshman from Toyota, who reached 49’22 from Séb, made the PS15 his own, ending a troubled race at least on a positive note.

Lorenzo Bertelli eleventh in a Ford Fiesta, happy to have reached the end, but saddened by the problems accused on the second day. Finally at 1h03’19 a very disappointed Dani Sordo on i20.