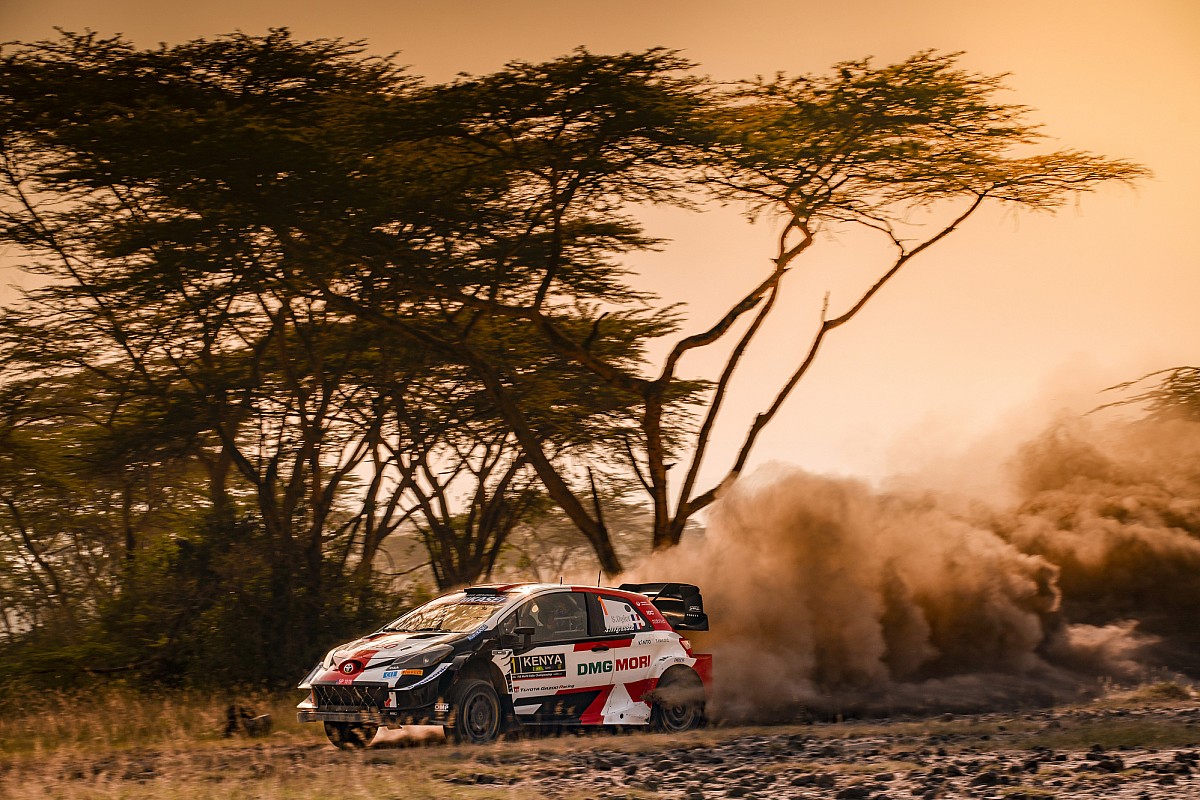 The Rally Safari is not won by the fastest driver, but by the one who combines an excellent race pace, a lot of attention, strategy and just as much luck. For all these reasons, Sébastien Ogier and Julien Ingrassia managed to triumph in Africa in the re-entry edition of the World Rally after an absence lasting 19 years. Definitely too much duration.

The 7-time world champion crew found themselves with no chance of winning until Sunday morning, when the resounding retirement of Thierry Neuville – the real ruler of the race – opened the doors to him for an opportunity up to that incredible moment. At that point Ogier recovered the gap that separated him from Takamoto Katsuta and hit the fourth win of his season.

In fact Ogier led the race in PS1 and then in the last two special stages. He was also satisfied with not looking for the best time in the Power Stage: he knew well how important it could be to get to the end of the rally without errors. His race looked compromised on Friday after a shock absorber failure, but being able to return to Service by midday was the key to his success.

Toyota can celebrate yet another double win of the season thanks to a superlative Takamoto Katsuta. The Japanese took today the first podium of his career in the World Rally with a fast, shrewd and flawless race. A deserved result that leads him to improve the top WRC result of his career for the third consecutive event.

Second place also rewards Toyota, because it has believed in Japanese for years, beyond what a Japanese driver driving a Japanese car can represent from a marketing point of view. For some tests, Katsuta also had the opportunity to lead the race, but Ogier’s talent and best tire choice relegated him to a very sweet second place.

Ott Tanak completes the podium, one of the few riders throughout the weekend to have chosen to curb his instincts and aim to get to the end of the race without any problems that could force him to retire. The Estonian of Hyundai has brought home a result that for the Korean house smacks of little consolation.

Thierry Neuville’s retirement this morning will certainly burn for several weeks, at least until the Rally Estonia, while the Belgian had almost a minute ahead of second in the standings. The Belgian was the author of an exceptional rally, held back only by a failure of a shock absorber after hitting a stone remained in the trajectory. The bump did not appear irresistible at all. Hyundai will have to try to verify what is happening in the last few races, when it had to take note of several failures due to impacts of a negligible entity.

For Neuville and Hyundai a hard blow for their respective World Championships. What is certain is that the Alzenau-based team will make the necessary checks and will certainly work even more on the reliability of the i20 N Rally1 that will debut next season, so as not to repeat the series of failures it has deprived. the team of 3 victories (Portugal, Italy and Safari) that would have deserved what we have seen so far.

Dani Sordo also out of the points for retiring on the first day due to a contact that ripped the left rear suspension on his i20. Premature retirement also for 2 Toyota drivers, namely Elfyn Evans and Kalle Rovanpera. The first had to give way after breaking the steering arm following a collision with a rock on the roadside, while the Finnish remained planted in the fesh fesh, a very fine and soft sand that got stuck his Yaris, removing from the games for victory just when he seemed the only one able to worry Neuville.

Finally, M-Sport deserves praise. The team led by Richard Millener got the fourth and fifth place in the general thanks to Adrien Fourmaux and Gus Greensmith. Although the two drivers are short of experience in the WRC, they still managed to get to the bottom without too many worries, then giving life on the last day to a very interesting internal fight for fourth place.

The Frenchman got the better of him, who in the third round as a starter with a WRC Plus took home a fourth place of great value. The talent is there, the experience is missing. Greensmith returns home with a fifth place that does moral, but losing fourth place right on the wire is perhaps the worst way to celebrate the best rally since racing behind the wheel of a World Rally Car.

Lorenzo Bertelli closes just out of the points, unlucky on Friday when his Fiesta had a problem that forced him to retire. The Italian had not raced on gravel in the WRC since the 2019 Rally of Chile, therefore a good performance for him, considering the 11th place finish just behind Elfyn Evans.

Onkar Rai and Drew Sturrock literally dominated the Rally Safari in the WRC3 standings. The Kenyan crew, at the wheel of a Volkswagen Polo GTI R5, were masters of the category, the only one dedicated to R5 cars considering the absence of all the protagonists of the WRC2.

Rai won the category with merit, having inflicted almost 4 minutes per second in the standings, compatriot Karan Patel (navigated by Tauseef Khan) at the wheel of a Ford Fiesta R5. Third place for Carl Tundo and Tim Jessop in the second Volkswagen Polo GTI R5, even if they were more than 7 minutes behind Rai and Sturrock.