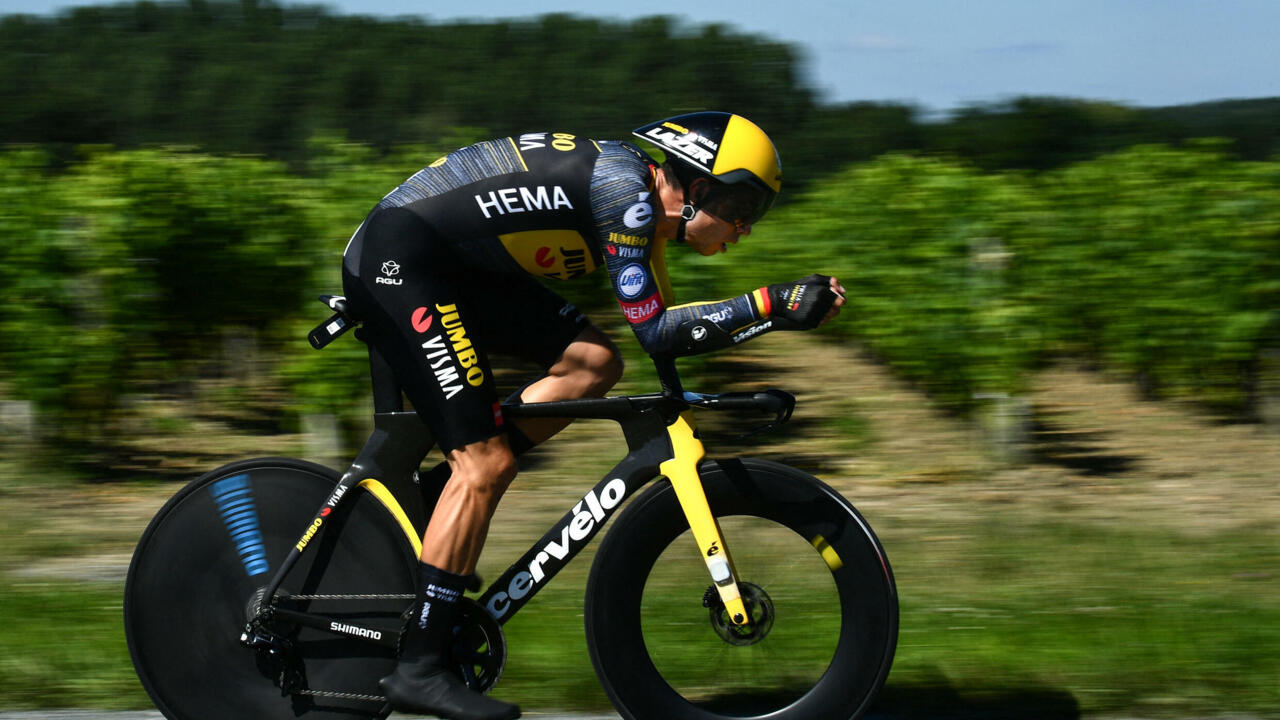 The Belgian Jumbo Visma was the fastest in the time between Libourne and Saint-Emilion. Wout van Aert covered the 30.8 km in less than 36 minutes. He was faster than the Danes Kasper Asgreen and Jonas Vingegaard. Slovenian Tadej Pogacar finished eighth in this time trial stage, but he is sure to win his second consecutive Tour de France tomorrow in Paris. Jonas Vingegaard will rise in the second place of the podium and the Ecuadorian Richard Carapaz in the third, making history.

Tadej Pogacar did not win the time trial stage. With nearly six minutes ahead of his closest rival overall, the UAE Team Emirates rider didn’t need to put in much effort either to crown his second Tour de France. The Slovenian who had won the first lap of the Tour in Laval, finished this penultimate fraction eighth, 57 seconds behind Wout van Aert (Jumbo Visma).

The Belgian, already a winner of the Ventoux mountain stage, showed another facet of his many talents. Van Aert lowered the benchmark times at all intermediate points and crossed the line 21 seconds ahead of Kasper Asgreen. The Belgian traveled the 30.8 km in a time of 35’53 ” and an average speed of 51.5 km / h.

The Danes Asgreen and Vingegaard, second and third in the clock

Vingegaard confirms that it is the great revelation of this Tour 2021. The 24-year-old Danish youngster had so far the best result a 46th place in the 2020 Vuelta. After the abandonment of Primoz Roglic, leader of the Jumbo Visma, Vingegaard was unexpectedly able to to match Roglic’s result in the 2020 Tour, second behind Pogacar. Overall, it ends 5’20 ” from Pogacar.

Richard Carapaz, the first Ecuadorian to get on the Tour de France podium

The best Latino in this event, who never favors the climbers, is the Ecuadorian Richard Carapaz, from the Ineos Grenadiers team.

Although in the chrono he finished in 24th place with a time of 38’02 ”, Carapaz secured his place on the podium and will climb tomorrow on the Champs Elysees in the third box of the podium next to Pogacar and Vingegaard.

He will be the first Ecuadorian and the fifth Latin American to climb the Tour de France podium after Colombians Fabio Parra (third in 1988), Nairo Quintana (second in 2013 and 2015; and third in 2016), Rigoberto Urán (second in 2017) ) and Egan Bernal (first in 2019). Carapaz is also the second Latin American rider in history, after Nairo Quintana, to climb the podium of the three great Vueltas after his victory in the 2019 Giro and his second place in the 2020 Vuelta.

In the general, Rigoberto Urán finishes this Tour in tenth place. It is the fourth time in his long career that the Colombian from EF Education Nippo has finished the Grande Boucle in the top 10. He had already been second in 2017, seventh in 2019 and eighth in 2020.

Tomorrow, the 142 runners who are still in the race will cover the last stage of the 2021 Tour. It is 112 kilometers between the town of Chatou and Paris, with the famous finish line on the Champs Elysees. Tadej Pogacar will take his victory walk before the sprinters fight for a prestigious victory. Will Mark Cavendish manage to prevail in the massive sprint to surpass Merckx’s 34 stage victories, and make history himself?