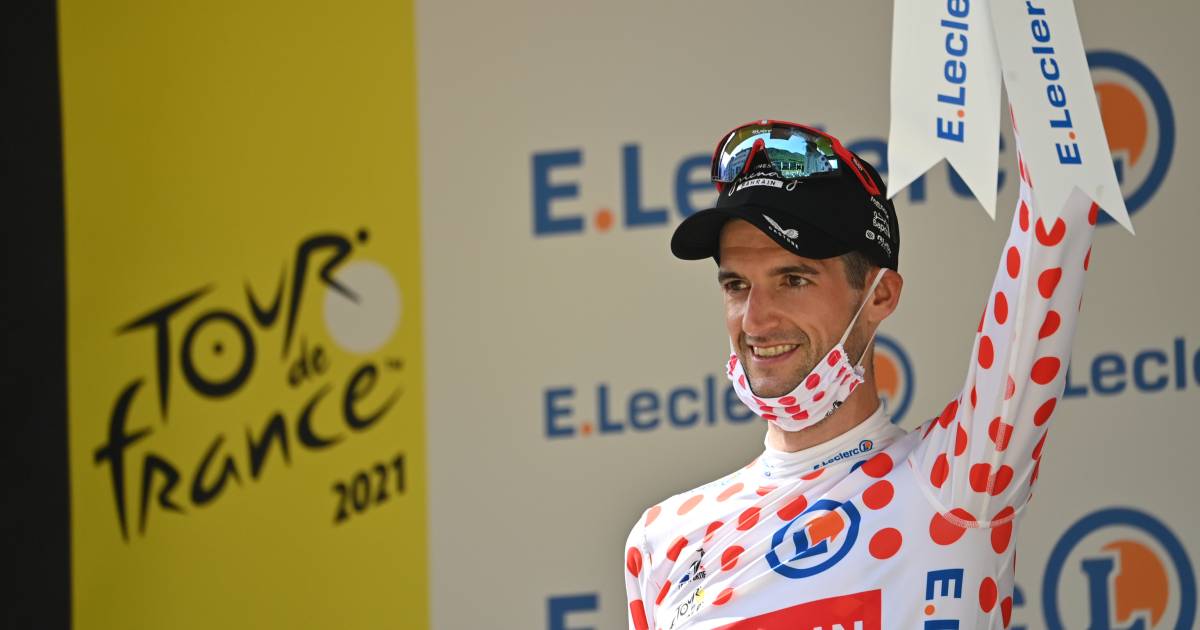 After a fierce battle, Wout Poels will start again on Tuesday after the rest day as leader in the climbers’ classification. In the mountain stage to Andorra he took back the iconic jersey. His bulb mission will continue this week, but it will be tough.

Wout Poels rode this Tour de France in the polka dot jersey for one day. That was in stage 9 on the way to the ski village of Tignes. Because Poels then said he rode ‘like a junior’, he lost the jersey to Nairo Quintana that day. On the way to Andorra, the battle was fierce yesterday with his closest attackers Quintana, Michael Woods and Wout van Aert, but it is really Poels who will be driving around in ‘the bulbs’ tomorrow in any case.

He will ‘drive completely empty’ to be on the podium in Paris on Sunday with the jersey worn by many great champions in the past. ,,It is the jersey that you see most along the side of the road”, says 33-year-old Limburger. It was a tough battle to get closer point by point. It’s really nice that it worked.”

Poels (74 points) now has a lead of 8 points over Woods and 10 over Quintana and Van Aert. Tomorrow there will be a transition stage, but with two cols of the second category and one of the first category. Wednesday and Thursday are the crucial stages for the mountains classification. Then the finish is twice on a top of the outdoor category. First the Col du Portet, a day later the climb to Luz Ardiden. In both cases there are 40 points to be earned on the final climb.

Don’t rule out the possibility that yellow jersey wearer Tadej Pogacar (now seventh with 26 points) will get involved in this battle. Exactly as it happened last year, when the Slovenian won the Tour and ‘accidentally’ also won the polka dot jersey. Poels: ,,The opportunity is there. Hopefully the escapees get enough space. I feel good anyway. Normally my third week in a Grand Tour is good. Six more days to Paris. It sounds close, but it’s still far away.”