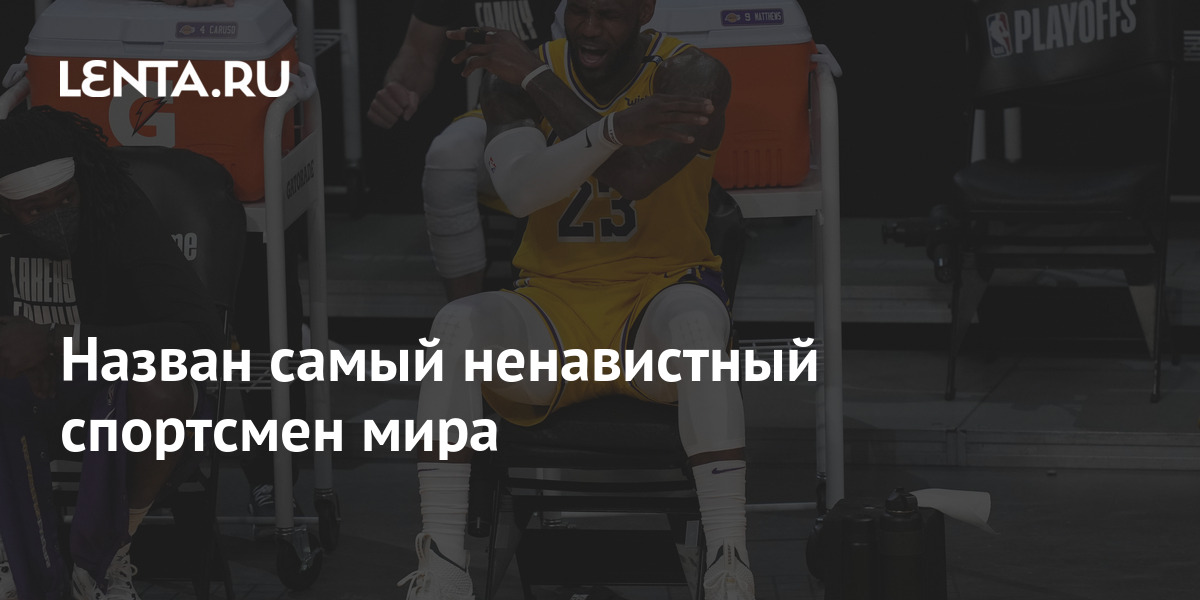 The Los Angeles Lakers’ National Basketball Association (NBA) player LeBron James has been named World’s Most Hated Athlete. This is reported by PickWise.

According to the source, over the past 12 months, the basketball player has been rudely spoken about on social networks more than 122 thousand times. In second place is the forward of Manchester United and the England national football team Marcus Rashford, but he was much less negative about him – a little more than 32 thousand times.

Juventus and Portugal striker Cristiano Ronaldo is in seventh place. He was insulted 11 thousand times.