World War I barracks thawed in the Alps from global warming 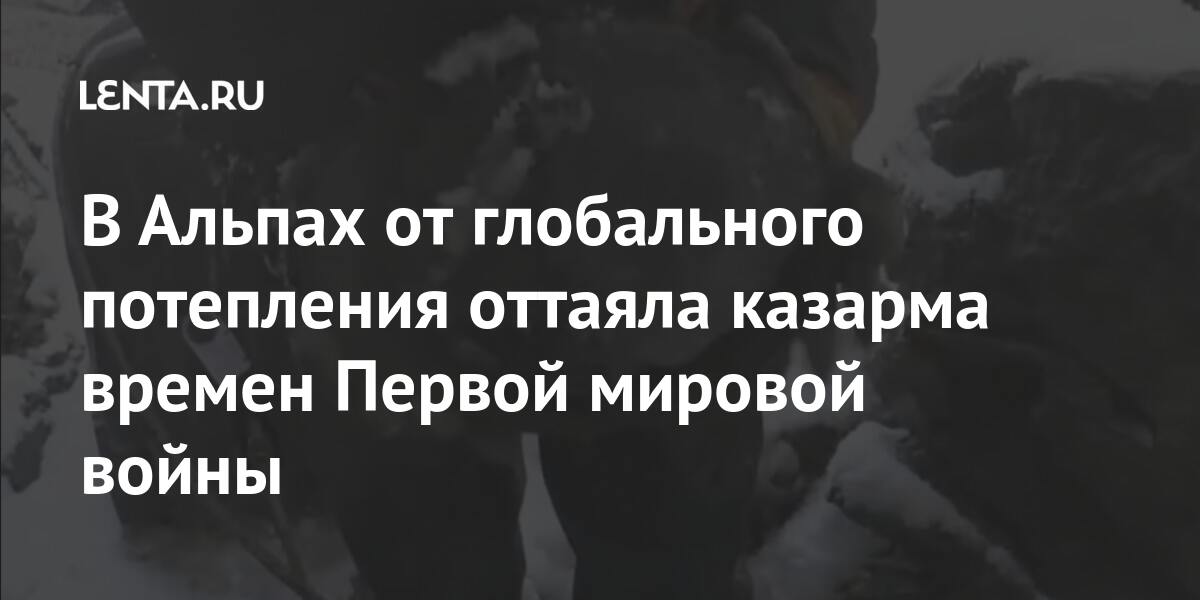 In the Alps, due to global warming, the barracks from the First World War thawed. It was located in a cave at an altitude of 9000 meters above sea level and belonged to the Austro-Hungarian troops, writes the Daily Mail.

It is noted that they fought with Italian troops, the battle ended in November 1918. Since then, the barracks that were located at the Stelvio Pass on Mount Scorluzzo in Lombardy have been submerged in ice.

Almost 100 years later, in 2015, when the glacier began to melt, scientists managed to enter the room for the first time. Inside, they found newspapers, canned food, straw beds, clothes and lanterns, as well as animal remains eaten by soldiers who once lived in the shelter.

Only now the cave was completely cleared. The relics from the barracks are expected to be exhibited at a new museum in Bormio in 2022.

The military operations, which for three years were fought in the highlands of the Alps, are called the White War. According to scientists, as a result of falling from a height, from frostbite or from avalanches, more soldiers died than directly in battles. remains of military personnel, letters, weapons and belongings began to be found in the 1990s, when the glaciers began to gradually melt.

Earlier, scientists at the Harvard Climate Change Institute stated that the climate anomaly caused a significant increase in the number of deaths during the First World War. They write that “trenches filled with mud and water and bomb craters swallowed everything from tanks to horses and soldiers, becoming what eyewitnesses call the” liquid grave “of armies.”