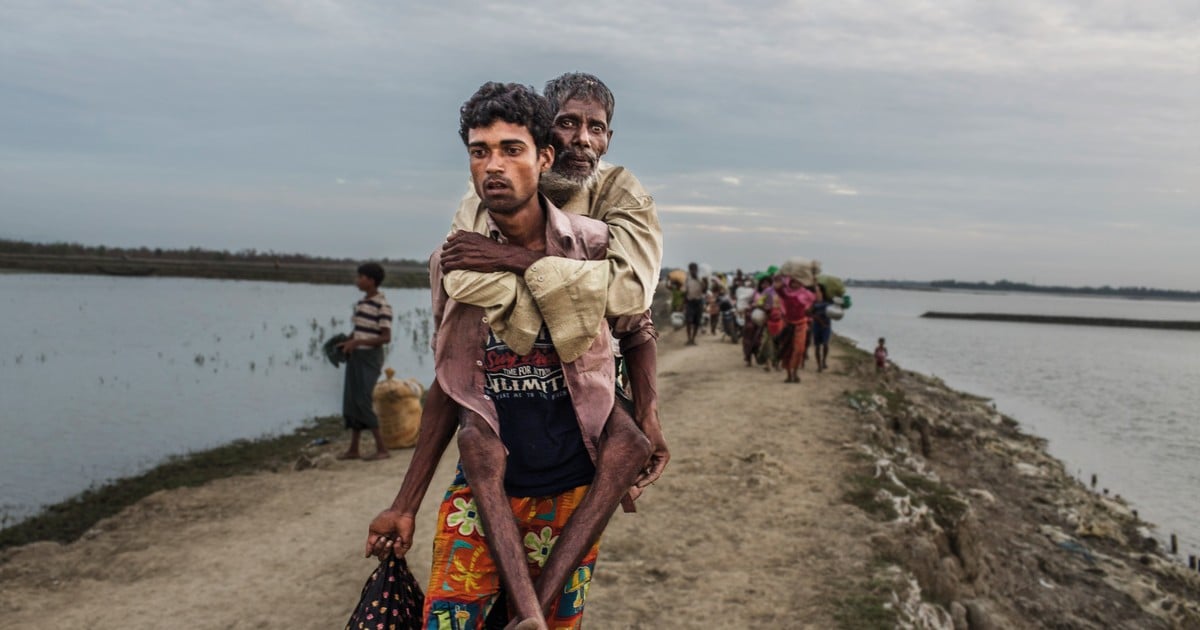 There’s a reason why this Sunday is the World Refugee Day. The United Nations adopted in 2000 that June 20 would be the chosen date, making it coincide with the anniversary of the 1951 Convention Relating to the Status of Refugees. Today, with 80 million refugees and forcibly displaced, the planet suffers a of the major humanitarian catastrophes.

For the UN Refugee Agency, the figure is part of a sad record of five “inadmissible” data. Among them, the fact that forced displacement today affects more than 1% of humanity, which is to say one in every 97 people was forced to leave their home to save their lives. Now they need help to survive.

Another infamous fact is that 40% of the displaced they are boys. Of them, almost half a million they showed up alone to ask for asylum.

Under the motto “This is all # inadmissible #”, UNHCR launched the ponchoazules.org campaign to make the reality of refugees visible.

“The Ponchos Azules initiative seeks to make society aware of and commit itself to the unacceptable situation experienced by more than 80 million refugees and forcibly displaced people in the world and which represents one of the greatest humanitarian catastrophes on the planet,” they explain UNHCR.

This July 20, the United Nations seeks to give visibility to the greatest humanitarian crisis in history since World War II and to recognize the rights of all people who were forced to flee their homes.

“This huge humanitarian crisis forces us to look inward and think that we can do each of us to help and transform reality. The situation of refugees and displaced persons is unacceptable, but we all have the possibility to do something to change their future, ”says Carolina Martinenghi, Director of Communications for Fundación UNHCR Argentina.

UNHCR calls for becoming a Blue Poncho. And invites you to join by entering www.ponchosazules.org.

One of the most dangerous places for the displaced and refugees is the Mediterranean Sea that divides heaven from hell. Thousands of people rush to precariously cross it in a desperate flight to Europe.

According to Doctors Without Borders, the central Mediterranean remains the deadliest maritime border in the world.

So far this year, more than 800 people have been reported dead or missing.

In mid-May, MSF relaunched its search and rescue operations at sea aboard the Geo Barents, the organization’s new aid boat.

In just one weekend, in less than 48 hours, MSF teams carried out 7 rescues with the Geo Barents. The last ones took place on June 12 from 6 in the morning. In total, 299 men, 12 women and 99 children, of which 91 traveled alone, they were saved from drowning in the sea.

Tales of horror then spill out on board. Those rescued tell of the difficult situations they had to go through throughout their journey in search of safety and show signs of extreme fatigue.

Some of them show slower reactions than normal, others show signs of hypothermia after being adrift and outdoors all night, report from MSF.

“For the seventh year in a row, MSF has relaunched its search and rescue activities in the central Mediterranean to save lives, provide emergency medical care to rescued people and also, to continue to bear witness to this crisis that sadly it seems to have no end”Says Josefina Martorell, director of the MSF office for Spanish-speaking South America.

“Humanitarian organizations are forced to carry out rescue tasks in the face of negligent European migration policies, which condemn thousands of men, women and children seeking safety in Europe to die at sea.”

On the brink of famine

Coinciding with World Refugee Day, the World Food Program recalled this Friday another perverse fact: 41 million people are today on the brink of famine.

The UN agency warned a lack of funds, which has resulted in cuts to programs that hundreds of thousands of people depend on for their survival, especially in Africa, where three-quarters of refugees have had their food rations cut.

WFP Emergency Director Margot van der Velden attributes these shortcomings to the “impact of COVID-19 in funding from donor governments, “which ultimately hurts the most vulnerable. For this reason, he called on the international community to” not turn its back on refugees when they need it most “.