World mathematics, against the invasion of Ukraine: its most important medals will no longer be awarded in Russia in 2022 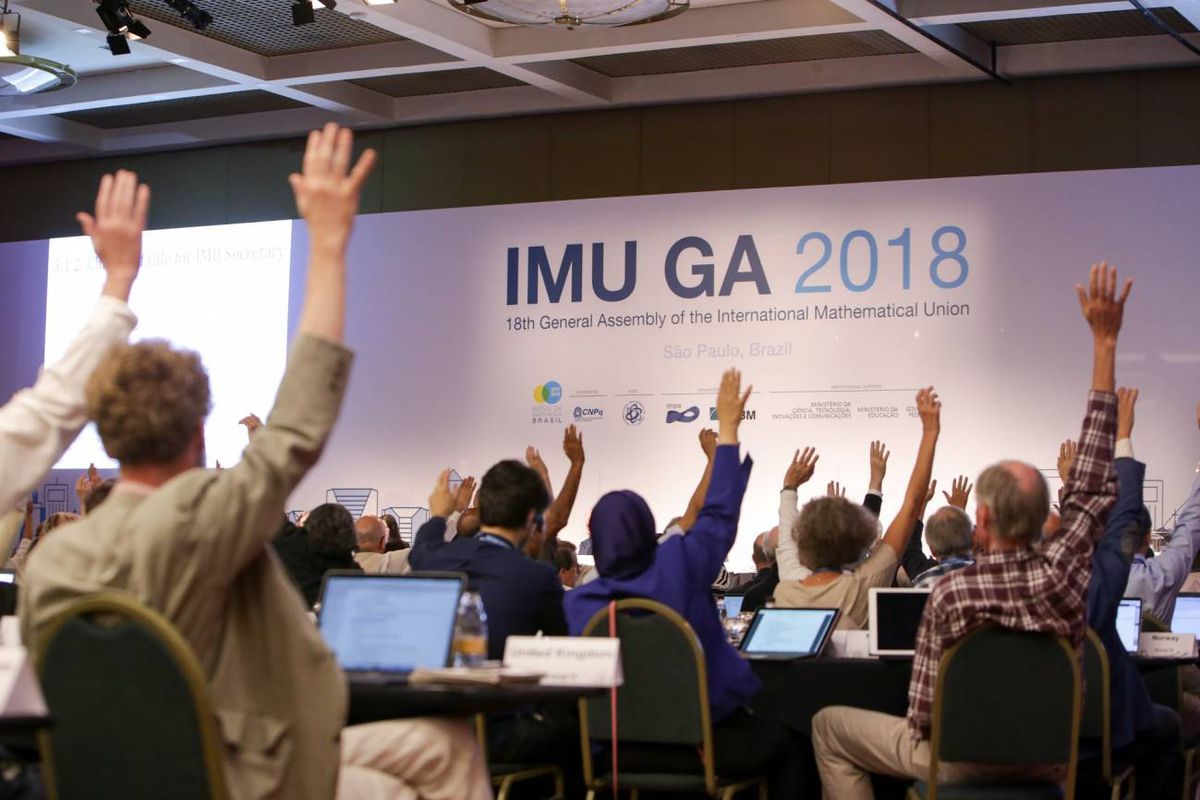 The International Congress of Mathematicians (ICM) 2022, scheduled for July, will be fully virtual and hosted outside of Russia. The decision is of great importance for mathematicians around the world, who have rarely seen the dates or places of their periodic appointments altered in more than a century.

Since 1900, the mathematical community, represented by the International Mathematical Union (IMU), meets every four years in a different place on the planet to present advances in all areas of its discipline. The usual thing is that thousands of mathematicians and mathematicians from more than a hundred countries attend the ICM. At the 2018 ICM, St. Petersburg was chosen as the next venue.

But the IMU issued on February 26 a release after mathematical societies in many countries, including Spain, will request the cancellation of the ICM 2022: “An ICM is a unique meeting place in which mathematicians from all over the world put aside political and cultural differences and talk about mathematics. However, recent events in Russia and Ukraine have radically changed the situation. Russia’s actions, condemned around the world, have made an in-person event in Russia impossible.”

“We strongly condemn Russia’s actions,” they add. “We deeply sympathize with our Ukrainian colleagues and with the Ukrainian people.” After “carefully analyzing the situation” the IMU has ruled out both postponing the meeting and canceling it altogether – this “would not serve the mathematical community”, they say -, and has opted for virtuality, given that “today we have this option ”.

The scheduled dates will remain. The Fields medals will be presented in person at a ceremony outside Russia, where it is not yet known.

Russian mathematicians organizing ICM 2022, including Andrei Okounkov —who collected his Fields medal in Madrid in 2006—, have sent the following message to your international colleagues Through the Congress Twitter account: “We condemn the madness, injustice and irreversibility of war, which threatens the very existence of humanity. While our losses cannot be compared to the loss and suffering of millions of people in Ukraine, we are devastated to see all our dreams and work of many years ruined. The objectives for which we work could not be further from the horror of what is happening and those responsible.

Spanish mathematician Manuel de León, a former member of the IMU Executive Committee, wrote yesterday in a blog post, The troubled history of Russia and the Soviet Union in the ICM: “We all know many Russian colleagues, we know that the vast majority are against this senseless war, but the mathematical community must remain firm in its defense of democratic values”.

There is little precedent for ICM changes like the one taking place this year. Guillermo Curbera, author of a history of ICMs, mentions only two occasions: “In 1916 the one planned for Stockholm was not held by the IGM; The one in 1940 in New York didn’t either, it was in 1950 in Harvard”.

Spanish mathematicians, through various societies such as the Royal Spanish Mathematical Society (RSME) and the Spanish Applied Mathematical Society (SEMA) and represented at the IMU with the Spanish Mathematics Committee, released a statement last Saturday showing “their solidarity with the Ukrainian people and their rejection of the actions undertaken by the Russian government”, and announcing that they would not go to St. Petersburg if the ICM was held there.

Clara Grima, a Spanish mathematician invited as a speaker at the congress for her outreach work, applauds the decision: “The organizers of the ICM are very brave for having opposed an authoritarian government. It seems to me very successful, although it hurts my soul not to be able to be in person at the ICM. For me, being invited was like getting an Oscar for an actress. I was super excited since I received the invitation email from Satlislav Smirnov [medalla Fields en 2010]. My talk at the congress was called ‘The embrace of the scutoid’ and in it I was going to talk about how mathematics, as a universal knowledge that allows us to advance, can improve the world; but I am afraid that against madness there is little that can be done”.

See also  Juncker on Merkel: "I will miss her"

Repulse in the international scientific community

Other scientists have also expressed these days their rejection of the invasion of Ukraine by Russia. The European Federation of Academies of Sciences and Humanities (ALLEA), reacts “with shock and deep regret” and “calls on the Russian government to respect international conventions on the protection of civilians and cultural objects”. It also expresses “deep concern for the safety of our academic colleagues.”

The Confederation of Scientific Societies of Spain (COSCE)as its president Perla Wahnon has told SINC, it hopes to make public a statement condemning the invasion.

The Spanish Society of Biochemistry and Molecular Biology (SEBBM) has posted a message on its twitter account: “We join the rejection and condemnation of the war declared by #Russia. All our solidarity with the Ukrainian people after the attack initiated by Russia during the early hours of this Thursday.”

Last week, Russian scientists and science journalists published a open letter in rejection of the invasion of Ukraineto which hundreds of signatories have joined.

OCTOPATH TRAVELER: Champions of the Continent - The event dedicated to NieR: Automata is here