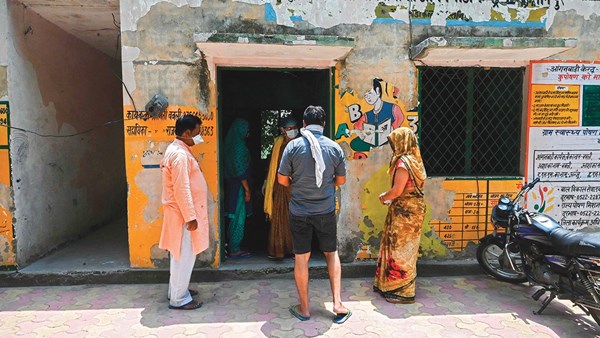 Yesterday, a senior adviser to the World Health Organization stressed that there is a need for rich countries to donate more “Covid-19” vaccines, and to follow the example of the United States, which provided doses, without delay, to fill the 200 million dose gap caused by the disruption of Indian supplies and delays. manufacturing.
The World Health Organization urges rich countries to donate their surplus doses to poor countries, rather than giving them to less vulnerable groups such as children. So far, rich countries have donated 150 million doses through the “Cofax” program, to provide vaccines to poor countries.
However, Bruce Aylward, the organization’s advisor, said yesterday: A small part of these doses will be available in the short term in June, July and August, which would have an impact in slowing the pace of global pandemic infections.
He added, “We will need twice this amount, and it must be provided earlier,” referring to the size of the rich countries’ donations so far, at a time when the health ministers of the Group of Seven countries meet in Oxford.
He continued, “We do not have sufficient quantities confirmed from a sufficient number of countries as early as required, to put the world on the path out of this,” adding: We are doomed to failure if we do not get doses early.
The organization announced its endeavor to vaccinate an additional 250 million people against the virus by the end of September, to achieve the desired goal of immunizing at least 10 percent of the population of every country around the world.
Aylward praised a US plan unveiled yesterday to quickly donate 25 million doses, and urged other wealthy countries to follow suit.
The Indian Serum Institute for Serum and Vaccine has allocated the supply of the AstraZeneca vaccine to the local market, amid a devastating second wave in India.
Even after last week’s summit, which made pledges of an additional $2.4 billion, Aylward said there remains a funding gap of nearly $17 billion in the WHO’s Pandemic Accelerator Program to boost access to vaccines, treatment and diagnostics.