World Cup 2030, Gravina: “Italy is a candidate but the government will help us on the stadiums” 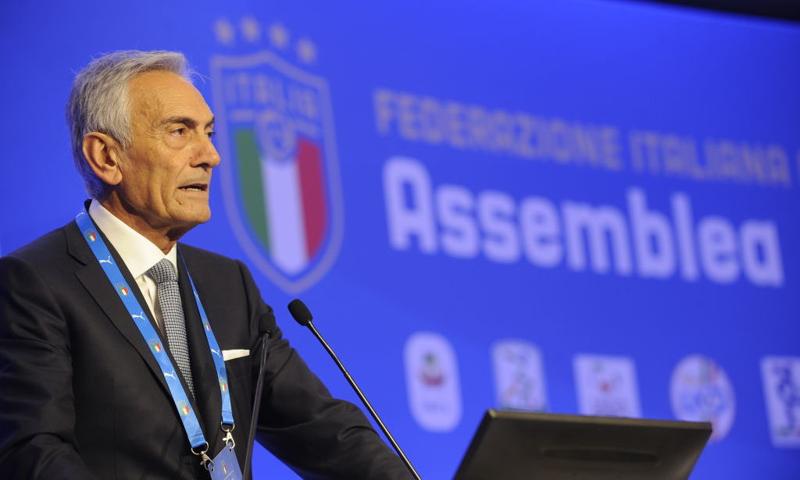 World Cup 2030-European 2028: the president of the FIGC nominates Italy to host them but first wants to bring the fans back to the stadium and recover the current facilities

Italy celebrates the victory of the 2020 European Championships but is already looking to the future. The FIGC president, Gabriele Gravina, following the federal council confirmed the possibility that our country could host one of the great football events in the coming years. “We will evaluate an Italy candidacy for the 2028 European Championship or the 2030 World Cup, in which the centenary of the world championship is celebrated. Let’s play the first game, then we’ll think about the other”, are his words reported by Tuttosport.

World Cup 2030, Gravina: “Italy exists, but we cannot go to FIFA without having the stadiums ready”

However, two conditions are needed for the 2030 World Cup or the 2028 European Championships to be played in Italy. The first is to bring people back to the stadium. The second is that the Government will provide for new legislation that allows the restructuring of the plants to make them more modern and safer. As for the return of the fans, Gravina declared that he had “formalized the request to Undersecretary Vezzali. We are waiting for the procedure to be defined also according to the indications of the Cts. We want to use the Green Pass quickly and make it effective. in our stadiums. We are responsibly convinced that it will be difficult to obtain the reopening to full usability of the seats. – he added – We ask for gradualness and accompaniment. The clubs are in great difficulty, we need certain times. By the end of July it will be absolutely defined ” .

Before Italy can seriously apply to host the 2030 World Cup or the 2028 European Championships, however, it is necessary to “set up a program of recovery and restructuring of the stadiums with the Government and with the ICS (Institute for Sports Credit). is that we can go to UEFA or FIFA and say: ‘Give us the event and then let’s do the stadiums’ “.