World Asthma Day: What is good control and how is it achieved? 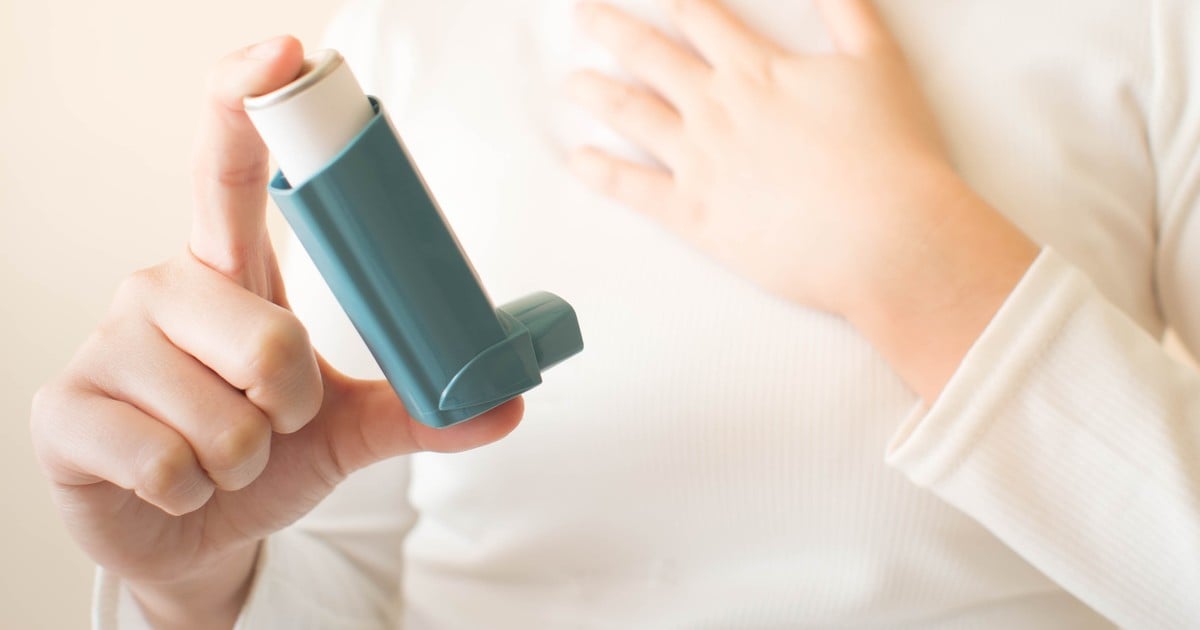 Around 300 million people live with asthma in the world, according to the World Health Organization (WHO). At the local level, according to statistics from the National Ministry of Health, it affects around 3 and a half million of people, which represents eight percent of the population. Of that percentage, half his condition is unknown.

As asthma is a chronic illnessIt is important to know what the guidelines are for good control, and how to carry it out. This is how the organization GINA (global initiative against asthma) understands it, which also tries today, on World Asthma Day (although many institutions commemorate it tomorrow, May 5), to banish myths about the condition in order to achieve it.

“Asthma is a chronic disease of the airways characterized by a narrowing of the bronchial lumen. This is caused by bronchoconstriction and an increase in mucus that can affect people of all ages, although it is more common in boys and in people who have a personal or family history of asthma, being reversible with treatment in most cases “, explains Dr. Gastón De Stefano, a pulmonologist at INEBA.

Corticosteroids are not the only way to treat asthma. Illustrative photo Shutterstock.

The keys to good control

Therefore, it is essential to focus on treatment, whose main goals include reducing both the intensity and the severity of episodes, as well as its symptoms and the use of oral corticosteroids, and, of course, improve lung function.

In order to achieve this, experts recommend having a family doctor with whom to treat the disease in a reliable environment and in which the patient feels not only part but also protagonist in what is managing your asthma.

“For therapeutic success it is vital that the individual complies with the indications agreed upon with his doctor in the office, both in terms of the use of the medication and Lifestyle”, Says Gabriel García, head of the Pneumonology Service at the Rossi Hospital in La Plata.

Another piece of advice, supported by several investigations, is keep a diary to record the episodes of exacerbations and their severity, so that the person can know when the disease manifests itself, and then analyze with a professional what are the causes that may have “triggered” an episode.

The international organization GINA, a WHO collaborator, warns about four misconceptions that circulate around asthma: that it is a “childhood” disease, that it is infectious, that patients have contraindicated physical activity and that it can only be controlled with high doses of corticosteroids.

Regarding the first and second question, García clarifies that “there is nothing further away from reality: asthma can be a lifelong disease and appear in childhood, adolescence, adult life or old age. Nor is it of infectious origin, although respiratory infections can trigger or aggravate exacerbations ”.

To counteract the belief that the disease can only be fought with corticosteroids, GINA clarifies that today there are therapeutic alternatives, adapted to the type of asthma of the patient, which allow reducing their use of corticosteroids, while maintaining control of the disease.

“The most appropriate thing is to talk with the patient in the office, to know and interpret his history with the disease, which medications were effective and which were not. You also have to determine the impact of asthma on your day to day, without minimizing symptoms“Garcia adds.

Controlled asthma patients can play sports even at a professional or highly competitive level. Photo Shutterstock.

Regarding physical activity, in line with what the GINA organization stated, the specialist agrees that, with good asthma control, any person can do sports, including highly competent and professional level. “Exercising is not contraindicated, but can even be part of the treatment,” he says.

What happens in a pandemic

Experts stress that people with asthma have no increased risk of contagion of Covid-19, nor of complications more severe than the rest of the people.

García highlights that, despite having been considered by the WHO as a risk disease in the framework of the coronavirus pandemic, international scientific evidence indicates that if it is well controlled, asthma does not increase the risk of infection, nor of developing more severe symptoms.

“An asthmatic patient treated and controlled would not be a risk factor for Covid-19. If you look at the list of comorbidities associated with the causes of death from covid, asthma is not present, so it is very important that the treatments “, he points out to Clarion.

Why then was it initially included as a risk factor in a pandemic? “At the beginning they were treated to all chronic respiratory diseases, and time proved otherwise. In the influenza A pandemic the same thing happened, the asymptomatic patients were also well,” he explains to Clarion. “So the most important message for an asthma patient these days is that do not give up your medication, get vaccinated, and be in contact with your doctor, at least by phone, “he recommends.

Asthma symptoms include feeling of closed chest, shortness of breath (dyspnoea), coughing or wheezing (wheezing) in the chest, which usually present in a variable way.

To prevent episodes, regardless of the age of the patient, we must pay attention to the factors that can trigger or worsen symptoms such as viral infections, environmental dusts, mites, pollen, animal hair, tobacco smoke, stress, medications such as NSAIDs or beta-blockers.

Contrary to what many believe, asthma is not a “childhood” disease. Photo Shutterstock.

The diagnosis of asthma is based on the presence of the aforementioned symptoms, added to the performance of pulmonary function tests such as spirometry, to measure its capacity by means of the volume of air that is exhaled and allows to check if there is obstruction of the bronchi, as well as its intensity.

“Asthma is often not diagnosed correctly due, many times, to the low perception of symptoms by patients and to the underdiagnosis. This means that people do not receive adequate treatment, thus creating a significant burden on the health system due to multiple outpatient visits and care per call, and may limit their daily activity for a large part of their life, ”says De Stéfano.

Therefore, a diagnosis made on time will not only improve the quality of life of the patient: it will also alleviate the economic cost of the health system. It is estimated that in Latin America the 70% of asthma-related expenses are due to cost of unscheduled care and to the hospitalizations of these patients.

Even, due to its prevalence and chronic nature, it is one of the pathologies with the greatest economic impact, being in Argentina the chronic inflammatory process that more costs generated in the pediatric population. At the population level, the direct costs of asthma represent approximately $ 37.2 billion per year.

The care of those patients with exacerbations costs, per year, between two and three times the value of a patient with controlled disease. In absolute terms, the treatment of patients with severe asthma suffering from exacerbations requires approximately five thousand dollars more every year.