Working under pain: menstrual leave required for women in Germany 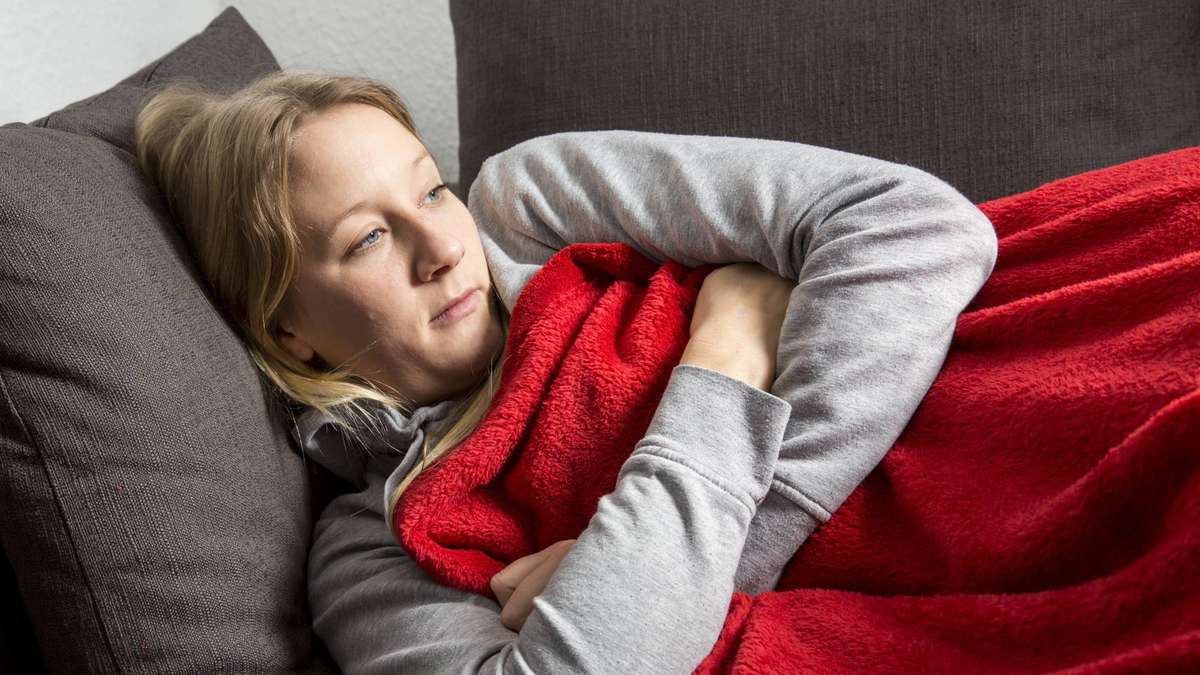 A statutory menstrual leave could relieve women of the fear of being stigmatized by sick leave due to period pain. Because the majority of women in Germany drag themselves to work on their menstrual days – and suffer.

Hamburg – “Once a month it stings and pulls and cramps in her lower abdomen”, is how author Sabrina Höbel describes the situation of a protagonist in her text “On Ibu 800 through everyday work”, which was published on zeit.de. It is about women’s period pains, which are so severe in 10 out of 100 women that they are completely incapacitated for one to three days, according to a report by the Techniker Krankenkasse. Around 4.4 million women in Germany are affected. Which leads author Höbel to ask why there is actually no menstrual leave for women.

Anyone who is sick needs a break. This is usually prescribed by a doctor, even if menstruation is not a disease per se. And this could precisely be the reason why very few women make use of the option of having a certificate of incapacity for work issued when they have period pain. The AOK is said to have counted just 27,300 such cases last year among its more than six million female members. The majority of women in Germany drag themselves to work despite menstrual cramps.

Like lovesickness, which is not considered a disease, but can throw you off track in such a way that it is hardly possible to focus on work and social interaction, the pain caused by menstruation is not taken seriously by many. German employers in particular find it difficult to recognize the monthly recurring torment of women as a reason for incapacity for work. In addition to physical pain, there is also psychological pressure for those affected: * The fear of being stigmatized and losing one’s job.

Höbel’s protagonist, a senior online editor, also prefers to stay functional when there are period pains than not to show up for work at all. Instead, she tries to numb the pain with pills. But she still feels tired and exhausted on these days and therefore has to hand over a lot of tasks to colleagues. The example makes it clear that neither side really benefits from such self-sacrificing commitment – neither employer nor employee.

There are no legally anchored menstrual leave in Europe

In other countries, time off due to menstrual pain is less fearful and ashamed because there is a statutory menstrual leave. Women can simply take time off on painful days or at least work from the home office *. There are legally guaranteed free days during menstruation in Indonesia, Taiwan, Zambia and Japan. In Europe, the introduction of menstrual leave is still a long way off. No European country currently offers one.

A bright spot in this social denial of reality, however, are isolated companies that grant days off during menstruation. These include the British company “Coexist” and the company “Your Super”, a dietary supplement manufacturer based in Berlin and Los Angeles.

But too few bosses still have an understanding of the menstrual period and its painful side effects such as abdominal cramps, headaches and circulatory problems. In addition, many women do not want to talk to a male boss about this problem.

But menstruation-friendly working conditions are still a long way off in Germany. Because there are critics on both the employer and employee side, writes Höbel. You see a case of discrimination under the General Equal Treatment Act on menstrual leave. But how can women take a break without feeling bad about it and having to justify their gender-specific problem? One solution could be unlimited vacation days *.

The condom manufacturer Einhorn from Berlin and the Hamburg advertising agency Elbdudler introduced this system years ago – and none of the employees take advantage of it. On average, each of them treats themselves to 30 days of vacation. “We don’t want to pretend when it is okay to stay at home or not,” said unicorn spokesman Markus Wörner to zeit.de. This eliminates the pressure of having every day off approved, that you have to explain and apologize. *Merkur.de is an offer from IPPEN.MEDIA