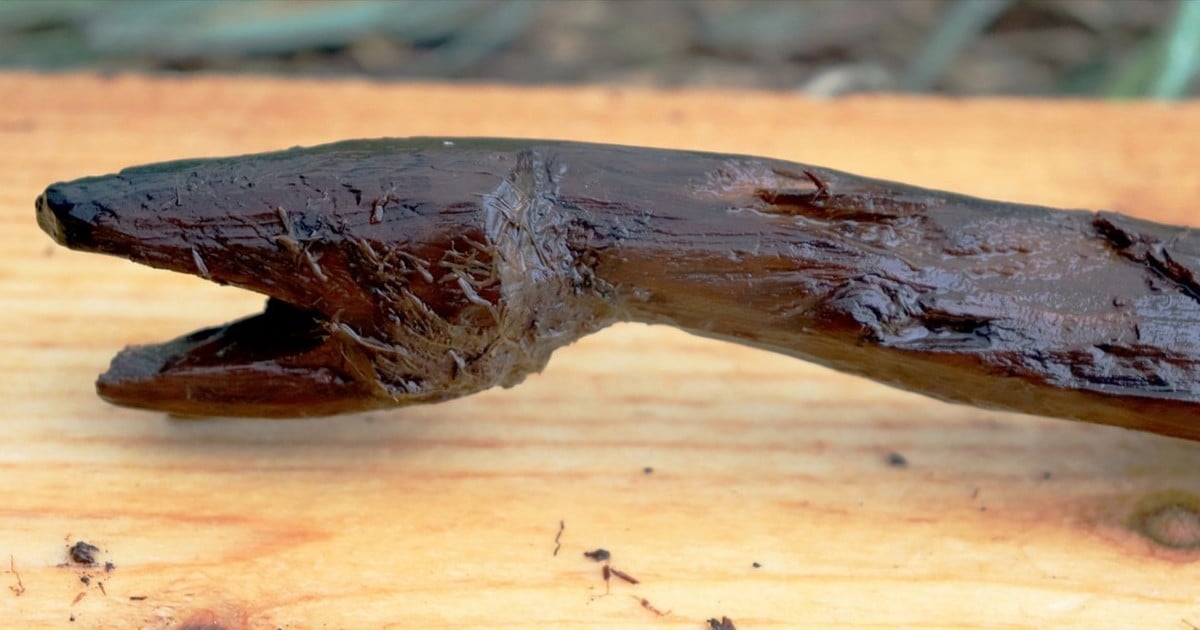 The archaeological site of Järvensuo 1, located in the south-west of Finland, it is a prehistoric lake with boggy conditions ideal for preserving old wooden items. Previous explorations found a wooden shovel with a bear head-shaped handle.

Despite being discovered in the 1950s, the place still holds surprising hidden secrets. One of them has recently been discovered: a one-size-fits-all from a few 4,400 years shaped like snake head which is more than half a meter long.

Archaeologists, as explained in an article published in the magazine Antiquity, believe that this life-size figure could be the staff for rituals used by a shaman from the Stone Age.

They are based, especially, on samples of rock art from that time in which snake-shaped objects appear supported by human-like figures.

“I have seen many extraordinary things in my work in the wetlands, but the discovery of this figure it left me speechless and gave me chills “says Dr. Satu Koivisto of the University of Turku and lead author of the study. “It is a unique discovery, unlike anything that has been found in northern Europe from this period,” he adds.

A site that has been investigated since 1950

The Järvensuo 1 site was found by accident by trench excavators in the 1950s, but it was never fully studied. That is why the archaeologists decided to resume work in 2019. The prehistoric lake was occupied during the Neolithic, between 4000 and 2000 BC.

The snake figure found is shaped like it is sliding. “There seems to be a certain connection between snakes and people,” says Dr. Antti Lahelma, from the University of Helsinki and co-author of the research. “Remember the shamanism of the north, where snakes had a special role as helper animals of the shaman’s spirit,” he adds.

Other wooden artifacts have turned up during excavations, including utensils, remains of structures and many fishing equipment.

The carving is more than half a meter long (Satu Koivisto).

.This indicates that Järvensuo 1 was the site of practical activities, as well as possible rituals related to the serpent figure.

“These well-preserved finds help to understand ancient peoples and the landscape where they performed both mundane and sacred activities,” explains Koivisto.

After having endured thousands of years practically unperturbed, the site is now threatened. Drainage and other changes in the local environment, exacerbated by climate change, are putting the place at risk.

“The signs of destruction are clearly evident and their organic treasures are no longer safe,” concludes the archaeologist.