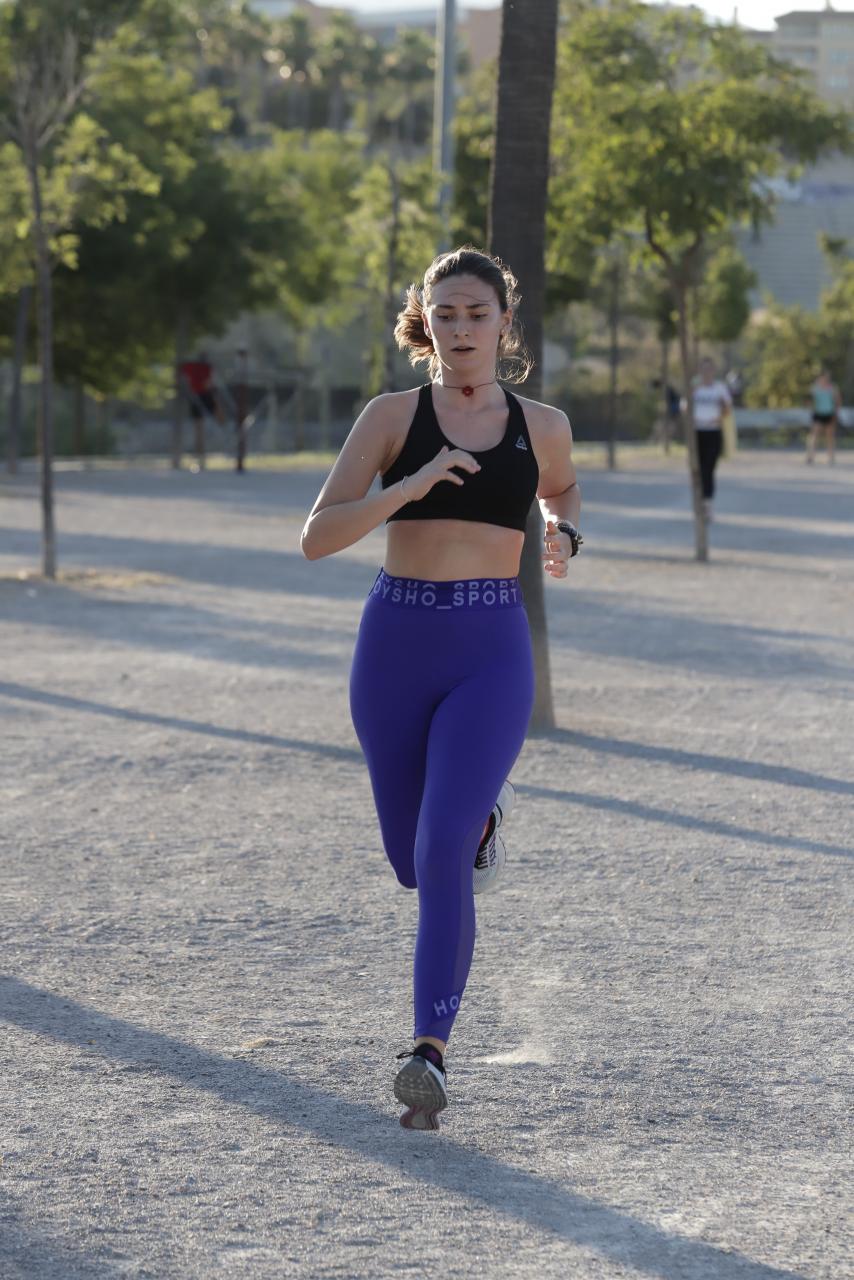 Every week Frank Leavers our man with the dirty Mac and half empty glass of inexpensive wine is looking at what lies just below the sophisticated gloss of island life. Come on folks; tell our Frank what’s really happening in Mallorca.

I was disturbed to read in my Bulletin a short time ago that many women are nervous of outside exercise because of the chance of unwanted attention from some men.

Indeed, I resolved to write something on the subject before the recent controversy in the UK when a woman walking alone in a London park was attacked and murdered.

Putting aside the grim details of that awful case and the knock-on affect it has had with women in the United Kingdom – it seems that here on this island, we have somewhat of a problem regarding both domestic violence towards women and the fact that significant numbers of women feel uncomfortable when seeking outside exercise.

Disturbingly – 44% of Balearic women have been salaciously approached by men when exercising outside.

Hardly surprising then – that a huge 83% of them consider their safety when they exercise and many women seek out other women to exercise with for these reasons.

I also found it shocking that in the poll that was quoted by the MDB – 30% of women polled had been physically harassed at some time, whilst a huge 91% had been verbally harassed whilst taking outside exercise.

As the piece didn’t go into too much detail, I wondered if women were subjected to this sort of behavior when – say, out running – or does this sort of thing happen when women play tennis or paddle or any type of physical exercise?

What is quite obvious to me however, is that women and girls need more protection from society itself other than a shoulder shrug and a vague promise of action in the future, as we are surely beyond that stage in this disturbing set of events that have just started to impact on society everywhere, not just in the United Kingdom.

How long is too long?

When I wrote in this column last week regarding the need or otherwise for police officers to stand at roundabouts glaring at motorists as 5pm as a limited lockdown comes into force, I received a few emails on both sides of the argument as expected.

Indeed, if my correspondents will forgive me, the notes I received ranged from a seemingly cold hearted desire to return to the days of General Franco, or – on the other side of the argument, a wonderful tome describing the glories of anarchy in all its various forms – or is that a contradiction in terms, because surely anarchy must be by its very nature formless?

Before I slip any deeper into sixth form political awareness, can I just say that last week the Bulletin featured a story whereupon we were informed that ‘Spotters’ will be watching the numbers of people in bars this week so that the current rules are not contravened.

In fact I think it was someone high up in the regional government who warned about people spending ‘all day’ in bars so as to contravene the spirit – if not the letter of the law.

The trouble with this approach – goes something like this – “How much is too much and how long is too long?” Because eleven andou start on these journeys of unregulated pronouncements you are on very shaky ground indeed.

I know I will be accused of naiveté on a grand scale, but ‘spotters and grasses’ are surely not the answer to this – at a guess, minor problem?

Public education and afree flow of information will better serve society at this time than making ordinary citizens ‘grass-up’ each other I would have thought.

But, as both of my correspondents made clear to me – what do I know about anything?

I had an appointment with our Gestor towards the end of last week to sort out a few personal issues that had accrued over the past few months as my work / life profile has altered in that time.

Normally, I have a pleasant chat with the woman who sorts out my taxation and other essential, but unloved elements of living here on the island.

As usual, I started our conversation with an inquiry as to her and her families health and wealth and slowly outlined what I wanted to talk to her about.

As I did this (I can be boring sometimes apparently!) I noticed that she was a tad fidgety and asked, rather rudely I thought, if I might get to the point of my visit sometime soon.

It appeared that what was making her somewhat jumpy, was the fact that she was filing a bankruptcy claim for a long time client and needed to get away quickly.

Naturally, I let her get away from listening to my minor issues, but asked her if this bankruptcy was one of many. She replied that she was filing for bankruptcy for various clients on an almost daily basis and she didn’t yet see the end in sight.

I think that our short conversation on the subject could be described as – sobering.

A civilized and sunny sunday

Last sunday in my corner of the island was very sunny if a little chilly in the early spring breeze.

After a morning of hard slog and more than a little moaning as I attended my chores in the garden, we decided to get out-and-about for a stroll and perhaps a glass of wine and a light snack somewhere cheap… you know the sort of thing I’m sure!

Anyway, after trying three resort towns near where we live ie Port Andratx – S ‘Arraco – Sant Elmo – we drew a blank as all the cafes were chock-a-bloc full with people queuing to get seated on outside terraces.

I don’t think I’ve seen as many people around and about in months – and it has to be said, most folk were social distancing whilst enjoying the sunshine and relative freedom of a sunny Sunday.

In the end, our patience paid-off as we leapt on a table (not literally ‘natch) in Andratx Town square, full to the brim with locals enjoying themselves.

Long may it continue, as I fear that we have perhaps forgotten just how wonderful this island of ours – is, and always has been!

Netanyahu accuses Justice of an “attempted coup” in Israel

Explosives A homemade explosive was found in the car in Lahti