Women make up 14% of the workforce in Abu Dhabi Police 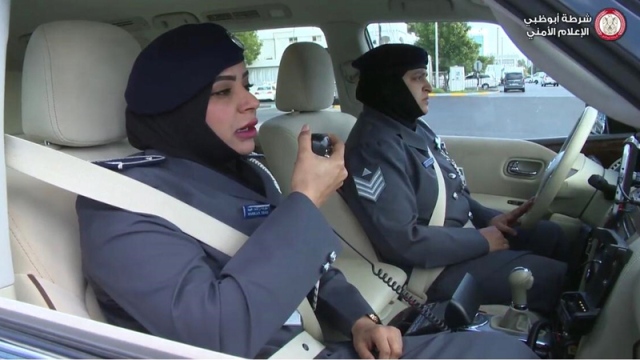 The Director of the Women’s Police Affairs Office in Abu Dhabi Police, the President of the Women’s Police Association, Lieutenant Colonel Dr. Amna Khamis Al-Balushi, revealed that women make up 14% of the workforce in the Abu Dhabi Police General Headquarters, stressing that there are no tasks assigned to men only without women within the police work. Women currently occupy jobs in all police sectors with high efficiency.

Al Balushi stressed that the strategy of the Abu Dhabi Police General Command is based on equality, gender balance and equal opportunities, pointing out that this strategy depends on several axes, including support, empowerment, qualifying competencies, and providing a supportive environment of happiness and positivity.

She indicated that the Women’s Police Affairs Office in the Human Resources Sector of Abu Dhabi Police recently approved 50 projects and initiatives, which will be implemented during the current year 2021, with the aim of raising the efficiency and capabilities of the women police, and the number of 50 came to coincide with the state’s celebrations of the Golden Jubilee, adding that a working group was formed. Of 120 women workers, to implement these projects. She pointed out that the Emirati Women’s Police has proven its ability to be highly competent and skilled in the implementation of policing tasks, and has advanced over many Arab and European countries, as well as the countries that preceded the Emirates in appointing women to police work, and was able to win many international awards and achieve leadership in several policing fields. .

Al-Balushi noted the leadership’s support and confidence in the capabilities of Emirati women and their empowerment in all areas of work, strengthening their presence in police work, as well as supporting programs and projects that raise the efficiency and capabilities of women’s police.

She stated that the Women’s Police Affairs Office has a number of projects under study, including the establishment of police stations dedicated to women, as well as intensifying the presence of women in patrols, and maintaining security in various activities and commercial centers, stressing that Emirati women have been able to prove that they are trustworthy. The Abu Dhabi Police General Command received many international and regional awards in the field of equality, support and empowerment of women in the vital sector.

Raise the efficiency of the women police

The Director of the Women’s Police Affairs Office in Abu Dhabi Police, President of the Women’s Police Association, Lieutenant Colonel Dr. Amna Khamis Al-Balushi, said that the march of a policewoman is a distinguished march from the beginning, and what she has achieved confirms that she is not only in administrative positions, but also in leadership and security positions, and she has all Capabilities and competencies to protect the nation.

She indicated that among the goals of Abu Dhabi Police is to highlight the role of Emirati women in protecting the security and safety of society, to raise the efficiency of women’s police through training and qualification courses, and to assume leadership and responsibility centers for women’s police.

– Abu Dhabi Police strategy is based on equality, gender balance and equal opportunities.