Woman found her boyfriend with another woman, ran him over three times and killed him 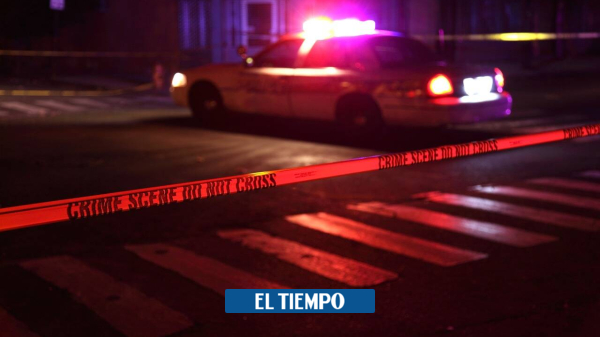 In recent days, a 26-year-old woman in Indiana, United States, used her AirTag, a geolocation device designed by Apple, to track her boyfriend, who she suspected was cheating on her. When she arrived at the place where she was, she ran over him and killed him.

The young woman responsible for the crime was identified as Gaylyn Morris. Her partner was called Andre Smith and was the same age as her, according to the local media ‘IndyStar’.

Reports indicate that Morris chased her boyfriend and found him in an Indianapolis bar in the company of another woman.. He then decided to confront him and they started a heated argument.

The victimizer was enraged and threatened Smith’s companion with an empty wine bottle. Seeing this, the owner of the establishment asked them to leave the place.

(Keep reading: The Russian spy who sought access to ICC documents and was discovered).

AirTag, the Apple tracking device used by the victimizer.

As they pulled out into the parking lot, Morris got into her car and ran over her boyfriend, who immediately fell to the ground. At the time, the man had only suffered minor injuries due to the fall, but that was not enough for his partner.

(We recommend: Florida: Young man died after being shot by his stepmother by mistake.)
At that moment, the woman reversed, he accelerated strongly towards where Smith was lying and caused the vehicle to run over him twice, causing his death. The paramedics tried to treat him, but it was already too late.

After having killed her boyfriend, Morris tried to run over the woman who was in the bar, but the authorities intervened in a timely manner before this happened.

(You may be interested: Mono disguised as a ‘hitman’ died in a shootout between criminals).

As reported by the Marion County Superior Court, where the events took place, The victimizer was accused of homicide and must go to trial on June 23 to determine her sentence.

A 4-year-old boy required a hernia operation and underwent a vasectomy.

The US reinforces the Ukrainian armament with more missiles and artillery.

‘We will work with whoever wins the elections in Colombia’: Blinken.