Without Raúl Castro in power, the Internet is still a stone in the shoe for the Cuban government 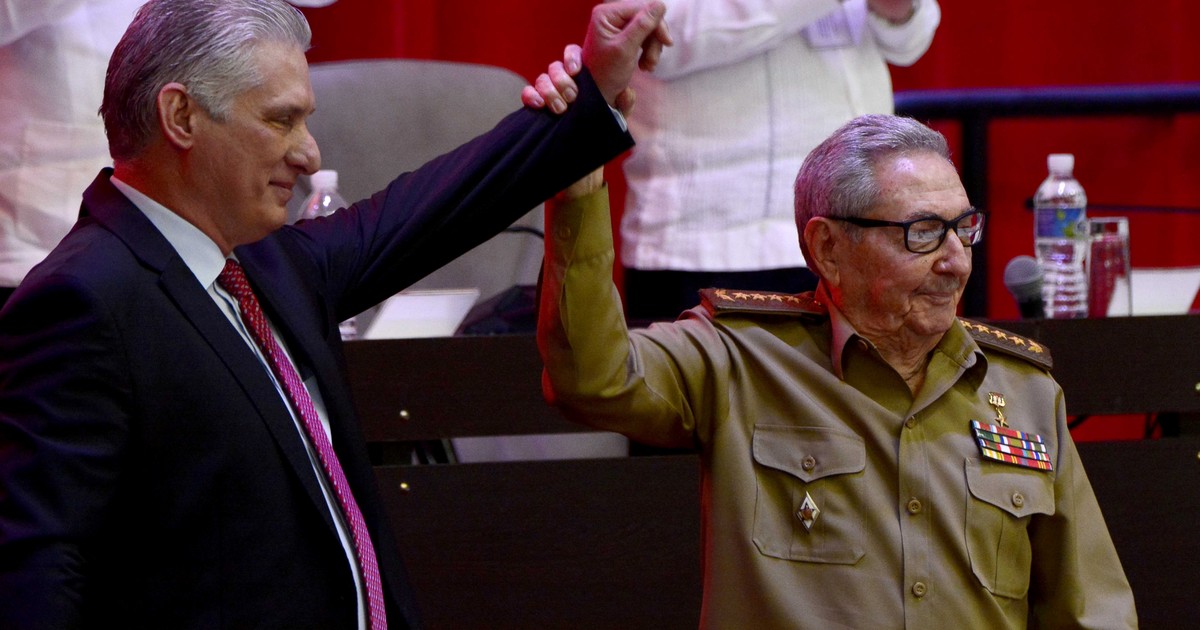 “Lies”, “manipulation”, “subversion”: Raúl Castro, who handed over the reins of the Communist Party of Cuba on Monday, does not mince words to talk about the internet, which has become the favorite weapon of the opposition.

The country of 11.2 million people was long one of the least connected in the world.

Everything changed with the arrival of mobile internet at the end of 2018: people adopted it in a dizzying way, despite its high price, with 4.2 million people now connected.

The president, Miguel Díaz-Canel, successor to Raúl Castro at the head of the party, boasted of encouraging “the computerization of society.” But he quickly became disillusioned, faced with an unprecedented social unrest, which is now visible from the outside.

On Monday, while 300 party delegates were meeting at a congress in Havana, a video showing the dissident artist arrest Luis Manuel Otero Alcántara in a depressed area of ​​the capital.

Dozens of activists, independent journalists and artists denounced, through Twitter, that the police prevented them from leaving their homes, a technique generally used by the authorities to prevent them from meeting.

Others said, through the network accounts of their family or friends, that they were deprived of the internet.

A woman looks at messages on her cell phone on a street in Havana. Mobile Internet arrived in Cuba at the end of 2018. Photo: AFP

Fight for control of technology

Ted Henken, an American sociologist and author of the book, “Cuba’s digital revolution,” which will be published soon, believes that “there is a struggle in Cuba over who will have control of digital technologies and we don’t know how it will end.”

“After the arrival of 3G, mobilizations both online and in the street increased and became more frequent. After November we saw that they had more and more impact, which provoked a very strong response from the government,” he adds.

November 2020 marked a before and after. For ten days, the protesting Movement San Isidro (led by Otero Alcántara) took refuge in a house to demand the release of a rapper. The group was filmed through Facebook and the images were disseminated inside and outside the island.

After their eviction, some 300 artists demonstrated on November 27 in front of the Ministry of Culture, broadcasting messages through social networks, to demand more freedom of expression, something never seen in Cuba.

A man connects to the internet with his cell phone, along with an image of Fidel Castro in Havana. Photo: AFP

“Revolutionary activism in the networks”

For Raúl Castro, behind these protests the enemy of always hides: Washington.

“Let’s not forget that the United States government created the ‘Internet Working Group for Cuba’, (founded in 2018 by the State Department) that aspires to make social networks become channels of subversion,” said the former President.

“However, the truth is different, the internal counterrevolution, which lacks a social base, leadership and mobilizing capacity, continues to decrease in the number of its members and the number of actions with social impact, concentrating its activism on social networks and the Internet. “he added.

Present at the congress, the octogenarian poet Miguel Barnet launched himself in the same direction: “That the enemy is not mistaken (…), here the revolution is not on social networks, it is in the streets.”

However, as a precaution, the Communist Party adopted a resolution to strengthen “revolutionary activism on social media”.

It is necessary “to be on the offensive,” remarked on Saturday the head of the ideological department, Victor Gaute, who was replaced during the congress.

Days before the congress, the Council of State approved a new decree to regulate telecommunications intended to “defend the successes of the socialist state”, but the details of which are not yet known.

On several occasions in recent months, Twitter suspended accounts of Cuban media and official organizations, as well as common activists, for violating its rules on “manipulation.”

For former diplomat Carlos Alzugaray, the government’s use of the internet as “an instrument of propaganda” is not the most judicious.

According to Alzugaray, the accounts of the Cuban ministers are “a repetition of what the president says.”

Above all because not only dissent surf the internet: animal defenders, gay rights activists or young Cubans tired of the queues in front of stores also express themselves on social networks without asking for a change in the system. political.

Michael Bustamante, a professor at Florida International University, criticizes this “binary” approach of the government, because what is happening on social networks is also reflection of a reality: “Talk to anyone on the streets of Cuba today, and they will tell you that frustration and pessimism are widespread,” he tweeted.

The first quarter left a fiscal deficit of 0.5% of GDP, the lowest result in six years

Resident Evil Village demo goes live on all platforms – and yes, PC users have already worked out how to reset the timer