Without Messi, Cristiano, Haaland or Mbappé 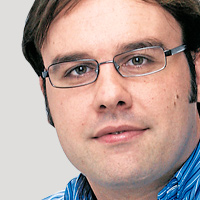 Rain. It is being a transfer market more moved than it seemed, with the Premier, of course, as a great agitator. The English seem oblivious to the crisis. What’s more, they are spreading their millions to the rest of the European championships. Inter fell 115 for Lukaku, Dortmund 85 for Sancho, Madrid 40 for Varane and another 40 for Odegaard, Leipzig 38 for Konaté, Sevilla 25 for Bryan Gil, Barça 15 for Junior Firpo … The Premier is the Super League, a friend told me. And he is not without reason. He even distributes money …

Midfield. This week is celebrated in Istanbul the Champions League draw and, incidentally, the prizes for best player are awarded UEFA. The three finalists are De Bruyne, Kanté and Jorginho. Three midfielders. Three players whose role is not to decide matches, but to manage them. In the bridge period between the Messi-Cristiano and the Mbappé-Haaland there are none of them among the best of the last European course. Sometimes Xavis and Iniestas are more important than the forwards around them. It is so. Although they sell infinitely less.

Return. Our U-17 National Team he has returned to play almost two years later. It was in France in the Montaigu tournament and La Rojita won 1-2. Today they will measure each other again. It sounds like a minor matter, but having gone two years without training football is a disgrace. At this time there were no U-17 or U-19 Europeans; neither World U-17 nor U-20. The gap produced by COVID outlines an absolutely uncertain future in national team football. We will see with what consequences for the absolute ones.

To the other side. On the other side of the pond the epic puts her Barcelona of Guayaquil. The Idol defies logic and is already in the semifinals of the Liberators. Absolute recognition of his legend Kitu Diaz, an almost anonymous magician outside Ecuador. The other three semifinalists are Brazilian: Palmeiras, Flamengo and Atlético Mineiro. The domain (and the money) is yours. And more than it will be with the new SAD law approved there by Bolsonaro.

Today we discover … Mohamed-Ali Cho (2004). The French league is always a breeding ground for excellent young people. The last one is this left-handed winger of the Angers, powerful, good stride and change of pace. At the age of 17, he destroyed the defense of the Lyon. Canterano of the PSG, went to Everton but he returned to France and in January he made his professional debut. England and France fight over him. In inferiors it has already been summoned with both.