Without Lionel Messi, Barcelona suffered against Cornellá for the Copa del Rey: he missed two penalties and had to play extra time 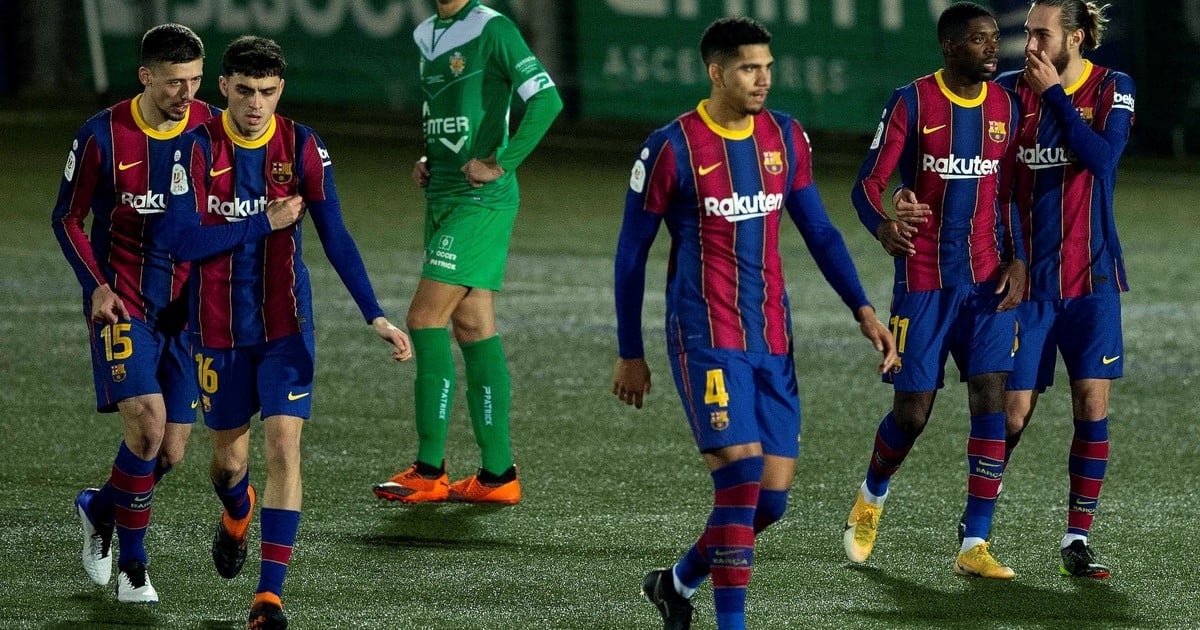 Without Lionel Messi, suspended for expulsion in the final of the Spanish Super Cup, Barcelona suffered this Thursday to get into the second round of the Copa del Rey after winning 2-0 in extra time at Cornellà, second division B, equivalent to the third division of Spanish football.

Ousmane Dembélé (92) opened the scoring and Martin Braithwaite made it 2-0 (120 + 1) to give Barsa a long-suffering victory, against Cornellà that had eliminated Atlético de Madrid in the previous round of the tournament.

“Cornellà played a great game, their goalkeeper was the best on the field, it is difficult for us to score again. Now I understand why they have been able to beat Atlético,” Koeman said after the game.

Barcelona had the control of the game, but it was difficult for them to find the gaps in the tight defense of Cornellà, which was looking for its opportunities on the counterattack and ended with ten due to the expulsion of Albert Estellés for a double warning.

The Barça team, in which the young Riqui Puig was one of the most active when it came to distributing the game, punished to endanger the goalkeeper Ramón Juan, who was the hero of his team after stopping the penalties of Miralem Pjanic and Dembélé .

“You cannot miss two penalties as Barcelona players because it is not serious,” lamented Koeman.

Before, Athletic de Bilbao had also suffered to win 2-1 against Ibiza, also in the second division B.

Biden negotiates with Republicans a new economic bailout for the US