Without lawyers, Cuban protesters are sentenced to one year in prison 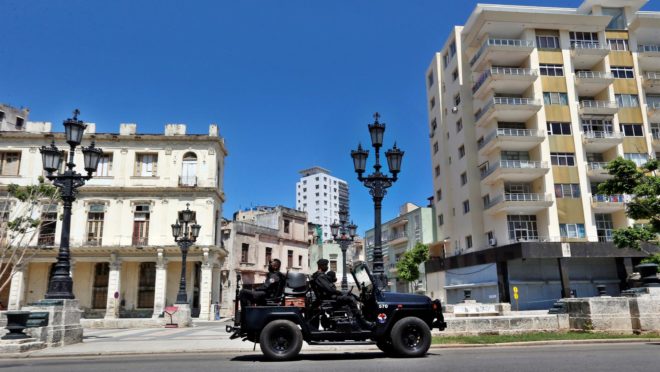 0
SHARES
1
VIEWS
Share on FacebookShare on Twitter
Several police officers from a special brigade are transported in a vehicle along a street in Havana (Cuba) on July 21, 2021| Photo: Ernesto Mastrascusa/Agência EFE/Gazeta do Povo

Photographer Anyelo Troya González was sentenced to one year in prison for “public disorder” in a summary judgment without a lawyer present, the young man’s family said on Wednesday (21). Along with him, 11 other protesters were tried in summary proceedings, receiving sentences ranging from 10 months to one year in prison. Only two had a lawyer.

Anyelo was detained on July 11 while filming the protests against the dictatorship. He was already targeted by the Castro regime because he recorded the video clip for the protest song “Pátria y Vida”.

Anyelo’s mother and brother said they were warned on Monday by law enforcement authorities to hire a lawyer for their son, but the next day, when they arrived with the lawyer at the place where Anyelo was being held, officials said he had already been tried and taken to another prison.

“We came running with the lawyer and the trial had already been concluded. They tried him without a lawyer. There were 12 boys in the same summary judgment and only two had a lawyer because their parents found out in time,” Anyelo’s brother Yuri told EFE .