Without Castros and without hope of changes in Miami 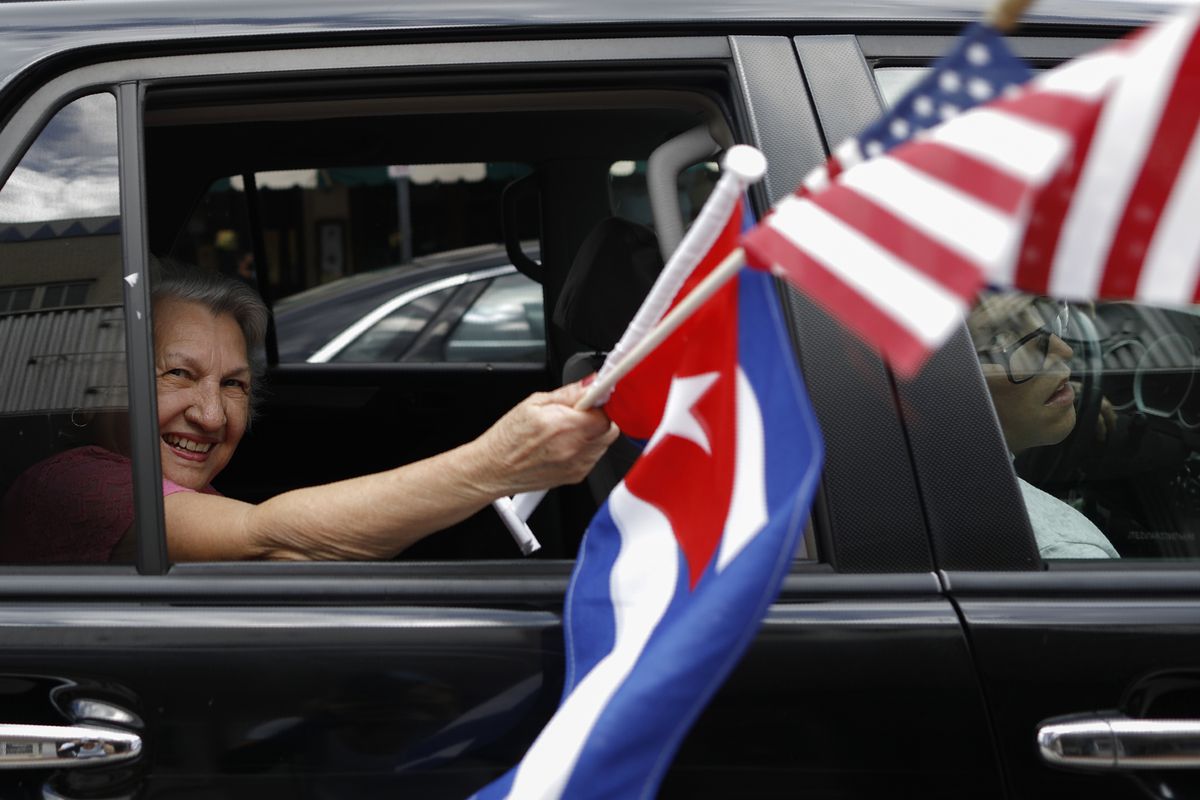 This time there has been no music, no hugs, no saucepans, no shouts of freedom. If in 2016 the death of Fidel Castro was celebrated as a carnival in Miami’s Little Havana, the formal announcement of the departure of his younger brother Raúl from power is lived in silence, with less fanfare and more skepticism in the Cuban exile capital . “As long as the historic ones are alive, they will continue to rule in Cuba. Those they put in power are like marionettes that move them, ”says Humberto López, 82, one of the directors of Brigade 2506, the organization of veterans of the failed Bay of Pigs invasion, a historical fact of the that this Saturday marks 60 years.

In April 1961, at the age of 22, López was part of the largest attempt to overthrow Fidel Castro by arms, in which a thousand and a half Cuban exiles participated. Although the landing ended in failure, the survivors of the group, who were captured for almost two years in Cuban prisons and later released, are celebrating the anniversary of the invasion these days with an eye on what happens in the Congress of the Communist Party. held in Havana. “I don’t think there are going to be many changes. He will follow this same nomenclature that he has commanded for 60 years until the cycle of life takes them away, “says López at the headquarters of the 2506 Brigade museum, in front of a wall full of photos of the fallen: the” martyrs who died fighting for the freedom of Cuba ”, in the center; and those who died later – in other wars such as Vietnam or due to age – on the sides.

For a long time, Cuban exiles dreamed that the death of Fidel Castro would mark the end of the regime for which they had to leave the island. But the long illness of the leader of the Cuban revolution allowed a gradual transition of power to his brother Raúl. Fifteen years after he was put in charge of the Government – which he left in the hands of Miguel Díaz-Canel in 2018 – and about to pass the leadership of the Cuban single party, it is showing that it is possible to think of a Castroism beyond the Castros. “The Cuban system and government is more than a surname. Whether we like it or not, there is a mechanism that goes beyond the personality of the leaders, which does not mean that for the new generation of leaders it is not a challenge ”, says Michael Bustamante, professor of Latin American history at the International University of Florida (FIU).

Author of the book Cuban memory wars (The wars of memory of the Cubans) which explores how the traumas of exile shape the perception of history on both sides of the Straits of Florida, Bustamante argues that, regardless of the changes that are announced in the Communist Party Congress, there is not much hope among Cubans in the United States . The island is experiencing its worst economic crisis in 30 years, hit by the atrocious effects of the pandemic on tourism and the tightening of Donald Trump’s sanctions (which Joe Biden has kept in force until now).

“I believe that the departure of the second Castro from power will allow Cubans to imagine a Cuba without the dogma of what that surname represented,” says Guennady Rodríguez, a lawyer who arrived in Miami in 2013, with a little more optimism. After leaving Cuba with a study scholarship – something he was able to do thanks to one of the opening measures approved by Raúl Castro to eliminate exit visas for those who wanted to travel – last year this 39-year-old Cuban created 23 and Flagler, an independent platform to offer current content with a more progressive vision than that of the hard core of exile.

“Most of us who work there believe in engagement (cooperation) between the two countries and not in a policy of isolation that has not yielded results, ”argues Rodríguez, who trusts that Biden will fulfill his promise of a greater rapprochement with Cuba as a way of promoting changes on the island towards a greater plurality and democratization of society. “I am quite disappointed with the slowness with which Biden has acted. There is no way to justify prohibiting a person from sending remittances to their loved ones who are in need, ”says Bustamante, the FIU professor, referring to the decision of the new Administration to maintain some measures taken by Trump that make it difficult for Cubans to send money to their families.

“Time has proved us right”

However, the academic recognizes that in recent years, with the Trump presidency, the attitudes of Cubans in exile towards some practical issues have hardened, such as sending remittances or the trips of Cuban Americans to the island, which former President Barack Obama had relaxed in the historic thaw process with Havana. According to latest public opinion poll made by the FIU, at the end of 2020, 54% of Cubans and Cuban Americans in Miami supported the embargo against Cuba compared to 31.6% who were in favor of this measure in 2016.

“The facts have shown that Obama’s decision was a failure and, based on that, this administration has been very cautious about having some kind of relationship with Cuba,” says Humberto López, the Bahia Pigs veteran. “Maybe it will come to a softer thing: flights to Cuba, some cruises, but this Administration is not going to get to what Obama did,” he says.

What almost everyone in exile seems to agree on is that there are two cracks through which a thread of hope can be glimpsed that things will change in Cuba: on the one hand, the critical voices that have emerged on the island in recent months who ask for a more open society and, on the other, access to the Internet that offers a window to Cubans of what is happening outside the island.

“The problem they have, which is more serious than the invasion, is the internet,” says Rafael Montalvo, another of the Bay of Pigs veterans. “Nowadays they cannot capture people’s minds. The internet becomes a vehicle open to the entire population. Everyone is up and they want a change, ”he says, surprised by the proliferation of sites made on the island with comments critical of the regime.

Sitting with three other veterans at the 2506 Brigade museum headquarters as they share McDonald’s hamburgers, Montalvo maintains that he does not believe they lost the battle 60 years ago. First, because the combatants managed to return to the United States after being released in Cuba. And second, he says, because the political development on the island reaffirms that the struggle they did then made sense.

“Time has proved us right. Communism was a disaster. We returned, we made our lives, we were successful, but no one forgets Cuba or the purpose that is still valid today, more in force than ever. And everything Castro said: the brigade was portrayed as mercenaries, CIA agents, worms, assassins … today it is obvious that we were not that. We were idealists ”, he defends himself.

Six decades after that episode, Montalvo is aware that the road towards the end of Castroism in Cuba for which they fought is long, but he says that he does not lose hope of a change in the future: [los españoles] get rid of the Moors? How long did it take for us to get away from the Spanish? We have only been around for 60 years ”.

Football in England: Tuchel surprises Guardiola and is in the final

Guillermo Dávila: his son is unhappy about his participation in La Voz Perú