Without an agreement with Together for Change, the Frente de Todos threatens to annul the PASO with the support of its allies 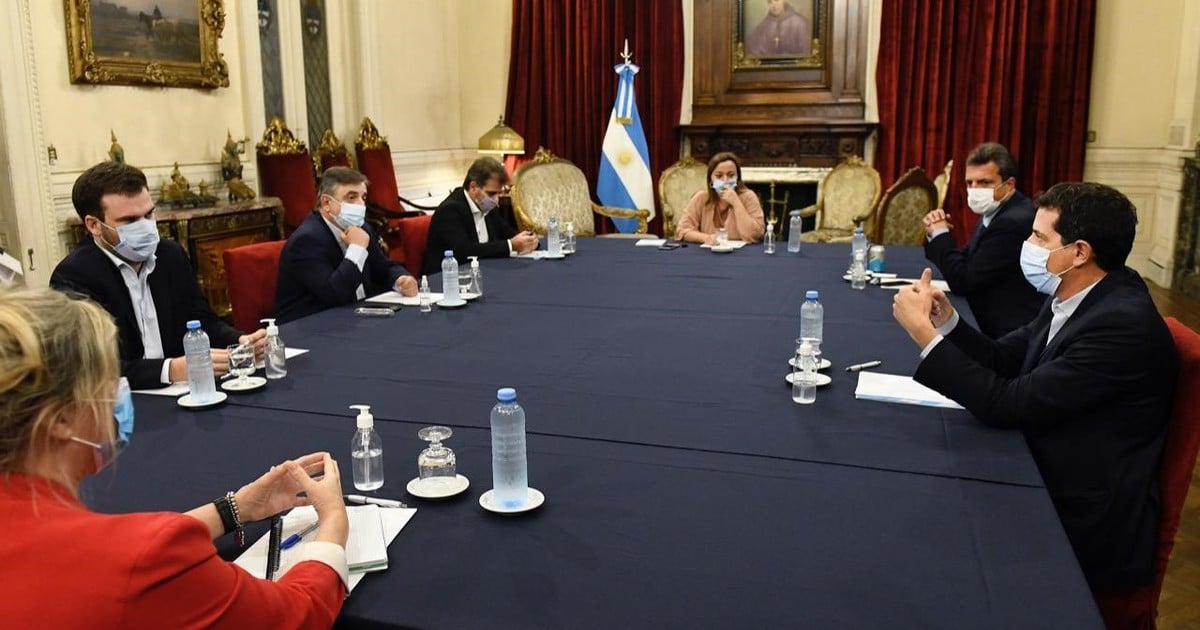 The dispute between Alberto Fernández and Horacio Rodríguez Larreta over the face-to-face classes put on hold the formal negotiations between the Frente de Todos y Juntos por el Cambio due to the postponement for a month of the PASO and the general elections, although the deadlines to specify the eventual changes are shortened and a strong discussion looms in the previous to the definitions.

Together for Change delays the response to the proposal to bring the primaries to September and the Frente de Todos presses to gather the votes with the allies to directly remove them, which would open a new conflict between the two coalitions.

The government’s rush has a specific date: to comply with the electoral schedule, the reform of the law must be approved no later than May 10. Remain little more than two weeks for the treatment and approval in both Chambers. Before the conflict over the schools, Wado de Pedro and Sergio Massa had proposed to Mario Negri, Cristian Ritondo and Juan López to run the PASO from August 8 to September 12 and the general ones from October 24 to November 14.

In the meetings of the national board of Together for Change, the majority was inclined to accept, although there was no agreement and they insisted with the demands of the implementation of the single ballot, the early postal vote of Argentines living abroad and “Greater guarantees” that the primaries will not be eliminated. The fight between the Government and the City for the classes ended up delaying the response. “Now is not the time to discuss that ”, they raised in the opposition coalition. “They promised not to eliminate the PASO, but this once again exposed them as people who cannot be trusted”, agreed in this case tough and moderate, as he said. Clarion.

In order to gain time to reach the election with the most advanced vaccination process and also to give room for an eventual recovery of the economy, the Government will seek to accelerate to achieve the change of date. In the ruling party they even let it transcend that they do not rule out the elimination of the primaries for this yearPerhaps as a pressure strategy to push Together for Change to resume negotiations. “We are going to reach an agreement with the political forces that want to agree on a timetable. 129 votes are needed, and there are blocks that directly prefer the right suspension more than extension”, A referent from the Frente de Todos told this newspaper.

De Pedro, Massa and Máximo Kirchner decided to start treatment next week. The Interior Minister also adjusted the strategy with the ruling senators. “We are going to put on the agenda the two projects, to postpone and to suspend, and there we will decide to reach the number “, they advanced as an ultimatum.

In turn, to the rush to comply with the times of the Electoral Chamber, the expiration of the virtual operating protocol in Deputies will be added at the end of the month. The ruling party will try to bring the change in the electoral law to the precinct before that date. In early April, Massa had been in favor of canceling the primaries or joining them with the generals. Those words about “vote one day” they put opponents on alert and started negotiations.

In Juntos por el Cambio, they did not define the position regarding the postponement, although they advanced a strong rejection of an eventual suspension of the PASO. “Today the context is not for an agreement. Advance with the allies, but If they eliminate them, there will be a lot of quilombo”Warned one of the referents.

Distrust on the part of opponents about a possible maneuver of the ruling party To take advantage of the reform of the law to avoid the primaries or to unify them with the general ones, he had already struck an agreement before the conflict for the face-to-face classes. Even in one of the meetings of the national table, they agreed that, in case of endorsing the date of September 12, they would demand the inclusion of a clause so that a new change cannot prosper without it. two-thirds vote of both Houses of Congress.

“Any calendar or other reform in an election year must be done with consensus. But, is to change the rules of the game and that would be to look more like Venezuela every day”, Questioned Ritondo, head of the PRO block. To the complicated scenario by the pandemic, economic difficulties and the fight between the national government and the city government over schools, another strong dispute over the definition of the electoral schedule will be added in the coming days.

Corona demo escalated in Berlin: Wild scenes in the Tiergarten - rioters wanted to head towards the Bundestag

Valve finally fixes CS: GO exploit that could give hackers control of PCs