Without an agreement with the President, Rodríguez Larreta continues in the Justice the fight for face-to-face classes 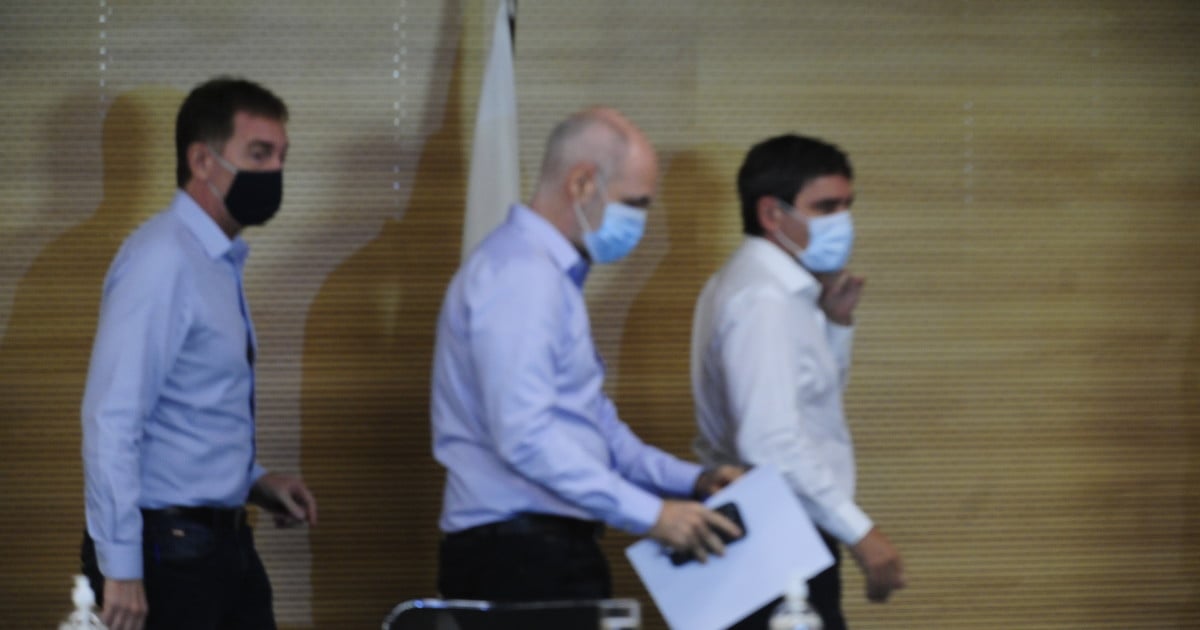 After presenting an amparo first thing in the morning before the Supreme Court of Justice for considering “unconstitutional” and “unreasonable” the decision of the Executive to suspend face-to-face classes, the head of the Buenos Aires government, Horacio Rodríguez Larreta, met in Olivos with Alberto Fernandez, in search of bringing positions closer and achieving a reversal of the Rosada in the measures to tighten the restrictions in the face of the second wave of Covid. But there was no agreement on a friday of overcoming, which included press conferences of both leaders.

At noon, Fernández fully ratified the DNU in which the restrictions that will govern until April 30 were established: there will be no face-to-face classes at the AMBA, circulation will be limited between 8 p.m. and 6 a.m., with no gastronomic or cultural activity, and non-essential shops will close at 19. Rodríguez Larreta, meanwhile, confirmed that from the City “we are going to do everything possible so that the children are in the classrooms next Monday.”

In a press conference he gave at the headquarters of the Buenos Aires Ministry of Education, in Barrio 31, Larreta commented that in the meeting with the President, he transmitted the fundamentals and evidence of why the increase in infections in the AMBA it does not have to motivate the suspension of face-to-face classes. Although other types of restrictions, mainly those that affect the gastronomic sector, were on the table, in the talk, Fernández’s decision to return to virtual education prevailed, at least for the next two weeks.

Without an agreement with the President, Rodríguez Larreta hopes a wink from Justice, although he admitted that if he does not succeed, he will abide by the suspension of face-to-face classes from Monday in the City.

An alternative, which they consider far away near Larreta, would be for the Court to rule quickly. For more than yesterday the interim prosecutor, Eduardo Casal, He raised the opinion requested by the highest Court, in favor of the Court addressing the case presented by the City, as it is of original jurisdiction, contrary to what the President had expressed.

There are also other claims filed in the ordinary courts by parents’ associations and non-governmental organizations, as well as by the Official Defender, headed by María González Castro Feijoo.

Before the Larreta conference, as soon as the meeting at the Presidential House ended, Fernández spoke with the press in Olivos and fully ratified the decree he published early on Friday. “I understand the desire and concern of the Head of Government, but I have a responsibility and I am going to fulfill itr. This is not an act of arrogance, it is not an act of arrogance, “said the President, who also added that he made the decision to suspend presence because “the beginning of the classes coincided with the increase of cases” In Buenos Aires city.

Fernández defined as “a good talk, with respect and a vocation to seek a way out” that he had with Rodríguez Larreta. He stressed that his plan is “to drastically reduce circulation for 15 days, because by drastically reducing circulation we are going to drastically reduce infections”, and that from this point of view it is going to “give time to the City’s health system to free up beds. of other pathologies and put them in the exclusive care of Covid-19 patients “.

On what will happen after April 30, unlike Rodríguez Larreta who spoke of a “commitment” by the President to return to the classroom, Fernández limited himself to saying that “we will do our best, I trust that by that date we will have gained the necessary time to stop the contagion of coronavirus and empty the beds of the City of Buenos Aires. “

The criticism of the opposition to the measure and the protest cacerolazos were repeated yesterday in front of Olivos and in different Buenos Aires neighborhoods.

Fernández criticized the head of the PRO, Patricia bullrich for having participated in the first protest in Olivos after the announcement of the restrictions and warned: “Democratic coexistence is greatly disturbed when one goes to the other’s house with a group of friends to hit the pan, insult him, and spit on the police that are at the gates. “

In this regard, he assured, he spoke with Rodríguez Larreta to “reflect on that point” to find out “if the method is that every time we don’t like what someone says we send a group of colleagues to insult him at the door of his house.”

The other moment in which Fernández showed toughness was when he referred to the complaints from the gastronomic sector about the decision to close at 7 p.m. and having to work outdoors. “Rebellion to me, huh?”, was the warning he used, at the initiative of owners of bars and restaurants. who proposed not to abide by the decree.

“I can understand that these sectors may be affected in some way, but I want to remind you that all those bars and all those restaurants that are still alive today last year received assistance from the State,” said the President.

Award for Elon Musk: SpaceX to build a new lunar module for NASA