Without an agreement with the Government, social organizations will carry out their own census of people on the street 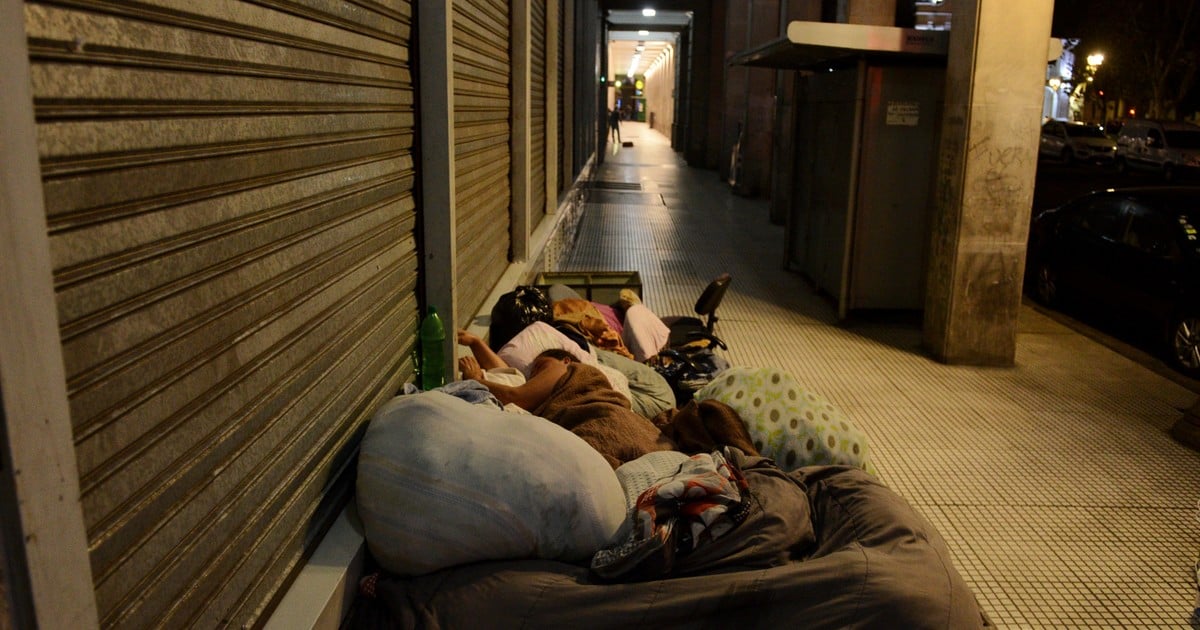 Disagree with him census of homeless people carried out a few weeks ago by the Buenos Aires government, social organizations will launch their own, parallel to the official. The “popular census” does not yet have a date – due to the health situation caused by the coronavirus – but it will be carried out in four consecutive days, during the day and at night, to carry out a wide sweep throughout the Buenos Aires territory.

Thus, the organizations came out to respond to the official 2021 census that again, and despite the social and economic drama generated by the pandemic, reflected that there is 1,000 people sleeping on the streets. This year they also added another 1,500 who sleep in the hostels available to the City and are intended for men, women, and boys and girls who clearly do not have their housing situation resolved. Namely, 2,500 people in “street situations”.

On the one hand, the Ministry of Human Development and Habitat, in charge of carrying out the survey, repeated the methodology. That is, he went out for a whole night to walk through the streets and avenues. Thus, it detected 1,000 people sleeping in public spaces, on low highways, on sidewalks and in the open. Basically the same number of people as in recent years, even less; in 2019 the figure was 1,147 people.

In this edition relieved the 1,500 people from the hostels and that they spend the night the census is taken. In these sites – there are 32 and they are called “permanent accommodation centers” – the City has more than 2,492 places available. They also have 3 emergency centers since the beginning of the pandemic (Parque Roca I, II, III).

For not agreeing with the City Government, the social organizations will do their own survey. Photo: Marcelo Carroll

At the end of 2020, the City and a group of social organizations that work with the specific problems of people living on the street, organized a series of meetings that aimed to come to an agreement with this census. In the end it did not happen, and the City decided to do the census with the same methodology as always. What are the organizations demanding? Let the census be done for 4 days, day and night.

Basically organizations understand that people in this situation are wandering and their permanence responds to multiple situations. They see it impossible to locate them during a single night. In 2019 the census of organizations revealed a number very different from that of the City: 7,251 people.

In return, the City says that over four days, the risk is doubling, and even tripling to the people; or else, count those who do not “live” in Buenos Aires territory but do so temporarily because they have residence in the Province.

“As soon as the sanitary conditions allow it, the organizations that work on the subject will be developing the new census with the same methodology used during the 2017 and 2019 censuses. This implies its completion through an exhaustive territorial sweep carried out on foot by those who visit the neighborhoods on a daily basis, for several days and not just at night. This is essential to be able to interview and have specific information about the situation in which they are and, on this basis, design public policies that allow improving the conditions of those who do not have a place to live, “they explained in a statement from the Civil Association by Equality and Justice (ACIJ), Project 7, Center for Legal and Social Studies (CELS), MTE (Movement of Excluded Workers), among others.

“The results of the 2019 popular census show that the main reason why people ended up homeless was job loss, which left her without income to pay the rent. This situation worsened during the pandemic. According to a survey carried out by CELS and IDAES in 2020, 60% of the City’s tenant households had debts. Despite this critical situation, the City did not implement any policy to contain those who could be left without their homes during the pandemic, “they explained.

For the Minister of Human Development and Habitat, Maria Migliore, the poverty that the pandemic generated is reflected in the dining rooms and picnic areas, where more and more people turn.