Within two months, Ecuador will replace the Minister of Health for the fourth time 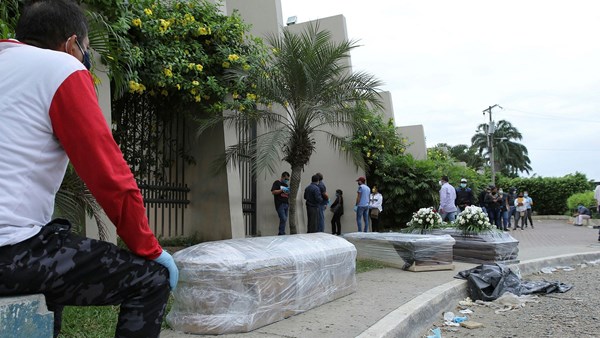 Ecuadorian President Lenin Moreno on Wednesday appointed a new Minister of Health, the fourth in two months after he sacked his predecessor because of the long wait for the elderly to get a vaccine against Corona.
Moreno said on his Twitter account that he had appointed Doctor Camilo Salinas Minister of Health to replace Mauro Falcone, who had been in the position only three weeks ago.
This change came after the spread of images on social networks of elderly people who had to wait more than seven hours, sometimes to get a vaccine against Covid-19, at the vaccination centers set up in colleges and medical centers in the capital, Quito.
These photos sparked outrage. Popular news anchor Alfonso Espinosa de los Monteros, 79, said on air that he had to wait five hours to be vaccinated.
President Moreno condemned this situation. “The elderly deserve the utmost respect,” he wrote on Twitter. “What happened today is unjustified. I asked for the resignation of” Mauro Falcone.
Falcone was appointed Minister of Health three weeks ago to succeed Rudolfo Farfan, who resigned amid a scandal caused by the vaccination of people who do not belong to the groups that come first.
And Farfan himself was appointed to head the Ministry of Health, replacing Juan Carlos Zevalos, who left the country for the United States after he admitted on February 26 that his mother and several members of his family had received the first doses of vaccines that Ecuador had obtained.
The government’s plan calls for the vaccination campaign to begin with medical staff working on the front lines and centers for the elderly. But academics, politicians, journalists and athletes seem to have benefited from excesses.
Ecuador, which is facing a second wave of the Covid-19 epidemic, last week imposed again a nine-hour curfew in eight of the 24 provinces, where about seventy percent of the population of 17.4 million live.
Since the beginning of the epidemic, Ecuador has recorded 339,604 injuries and 17,057 deaths.
At least 224,000 people have received a first dose of one of the Coronavirus vaccines.

Italy asked to return its parmesan to Russia

Bayern and Leipzig … “the worst timing” in the “Bundesliga”!