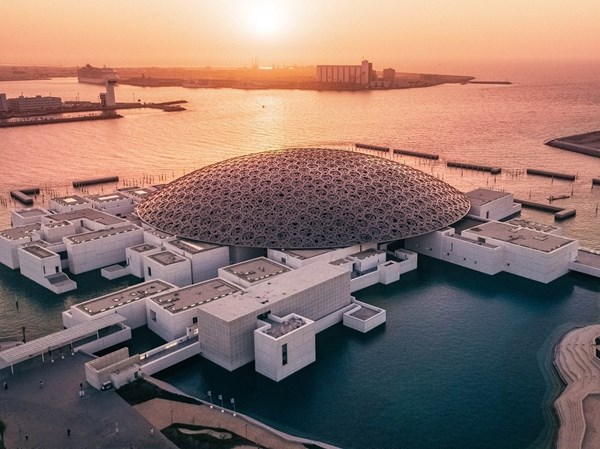 Rasha Tabila (Abu Dhabi) revealed Saud Al Hosani, Undersecretary of the Department of Culture and Tourism – Abu Dhabi About monitoring a total investment of 30 billion dirhams for the culture and creativity strategy, which aims to unify the cultural and creative sectors under the umbrella of the department, of which 8.5 billion dirhams have been invested during the past five years, and over the next five years, about 22 billion dirhams will be invested in the sector through Various major cultural projects, including the “Zayed National Museum” and the Guggenheim Abu Dhabi Museum, and future projects that will be announced in the Saadiyat Cultural District and the Creative District on Yas Island, in addition to working on the infrastructure necessary to embrace these sectors.

In an interview with Al-Ittihad, Al Hosani stressed that one of the objectives of the cultural and creative industries strategy is to achieve an economic return for Abu Dhabi to make it a global cultural and tourism center, and a beacon to the world that reflects the values ​​and identity of the UAE.
Al Hosani explained that the strategy includes adding a new sector under the umbrella of the department, which oversees the development of games, electronic sports, multimedia and other cultural and creative industries, in addition to the work sectors of the current department, which are heritage, handicrafts, design, publishing, performing arts, plastic arts and the Arabic language, which contributes to the establishment of And support a unified system for this area.

Al Hosani pointed out that the cultural and creative industries are one of the fastest growing sectors in the world. According to global studies, the culture and creativity sector accounts for $2.2 billion in revenues to the global economy, creates 30 million jobs in the world, and adds 10% to the global GDP.
He stressed: We in the department believe in the importance of the creative and cultural industries in supporting the growth of the diversification of the local economy based on knowledge, smart technology and tourism by providing diverse cultural, tourist and entertainment programs to attract tourists, and enhance the position of the capital as a preferred and first destination, especially since the strategy allowed the creation of job opportunities and jobs. New.

“Today, we have about 20,000 jobs in the cultural and creative sector, and the strategy aims to add 16,000 jobs over the next five years,” he added.
Al Hosani noted, “Despite the exceptional circumstances imposed by the Covid-19 pandemic, we realized what cultural programs are and their impact on all individuals around the world, as the number of visitors to cultural programs last year reached about 600,000 visitors from events, exhibitions, activities and facilities.”
Al Hosani added, “The strategy revolves around five main pillars: designing and implementing policies and regulations, enabling talent development and professional development, stimulating innovation and digitization, supporting and developing businesses, creating space and infrastructure by improving people’s quality of life, and enriching cultural content to be exported to the world to promote our identity, values ​​and principles.”

He pointed out that the new department’s tasks include organizing the frameworks of many companies and strategic initiatives in the creative sector in Abu Dhabi, including Image Nation Abu Dhabi, Abu Dhabi Games and Electronic Sports and the Abu Dhabi Film Commission, as well as its supervision of training and development initiatives such as the Lab initiative. Creative and initiative of the Arab Film Studio.
Al Hosani added, “The Creative Visa Program has been launched, which aims to attract all talents and cadres working in a wide range of cultural and creative professions from around the world to live and work in the country, by facilitating, speeding up and reducing the cost of application procedures.”
Al Hosani added: The new strategy also focuses on developing young Emirati talents, as we will be able to enhance the opportunities we offer to local talent, international professionals and companies to start their investments who are looking to establish themselves in the emirate and in turn enrich its cultural scene.
Al Hosani stressed that this unification opens new opportunities to support young people and develop sustainable career prospects in various fields, and calls for closer cooperation with our partners and the private sector.