With wide participation from the Emirates.. The opening of the 52nd Cairo International Book Fair 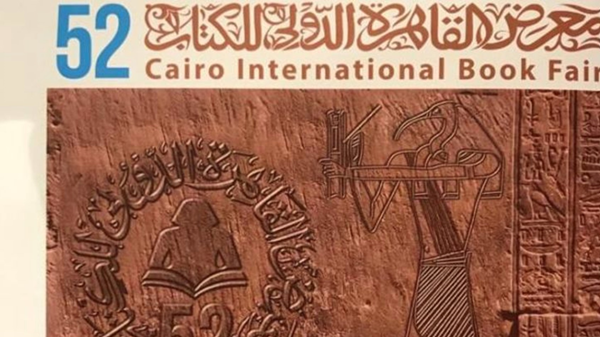 The activities of the 52nd edition of the Cairo International Book Fair were launched in Egypt today, Wednesday, under the slogan “In Reading… Life”, at the Egypt Center for International Exhibitions and Conferences in the Fifth Settlement, with the participation of 1218 Egyptian, Arab and foreign publishers from 25 countries.
The exhibition was inaugurated by Dr. Mostafa Madbouly, Prime Minister of Egypt, in the presence of Dr. Enas Abdel Dayem, Minister of Culture, Dr. Haitham El-Hajj, President of the Egyptian General Book Organization, and a number of Arab and foreign ambassadors and officials.
The United Arab Emirates participates in the exhibition’s activities through several cultural institutions and publishing houses, including: the Abu Dhabi Arabic Language Center, the Sharjah Book Authority, the Dubai International Holy Quran Award, the Arab Forum for Publishers of Children’s Books in Sharjah, and the Scientific Research Foundation “Reading Challenge”, in addition to many From Emirati publishing houses.
The new version of the exhibition is witnessing for the first time this year the electronic platform, and it has the first parallel virtual exhibition with 3D technology, and all events and activities are launched virtually on the platform in order to preserve the safety and public health of the public. The events also include the launch of the Your Culture Your Book initiative, which will allocate a special corner for the price of the book. It ranges from EGP to 20 EGP.
The official page of the Cairo International Book Fair promoted, on its Facebook page, for the 52nd session, through interactive presentations and questions, in order for the audience to interact with the exhibition, including a “videograph” about the exhibition and its history, “from the memory of the book fair with great writers, writers, thinkers and intellectuals.” He explains the history of the exhibition, during which words from writers, writers, thinkers and intellectuals are presented, in addition to encouraging prizes.
During his tour of the exhibition, the Egyptian Prime Minister stressed that Egypt is witnessing an unprecedented cultural movement represented in the efforts made to enrich all aspects of cultural life at the level of the Republic, in the belief of the Egyptian state and the political leadership in the important role played by culture, as it is one of the effective mechanisms in shaping awareness and building the human being. and counter extremist ideas.
Dr. Mostafa Madbouly said: “The current session of the Cairo International Book Fair comes under exceptional circumstances that the whole world is witnessing, represented by the crisis of the spread of the new “Corona” virus, which imposed on all of us the necessity of dealing with it, and overcoming its negative repercussions, which is what we have done in various Sectors, including culture, which have remarkably succeeded in digitizing many of their activities, and were able to virtually transmit various cultural activities and events to the receiving audience, especially young people.
This year, the exhibition management provided many facilities for people with special abilities and people of determination to enter from any door with one facility, and they can be booked online only on the exhibition gate, unlike the ordinary public who requires advance reservation, as well as children under the age of ten have the right to enter without prior reservation.
Writer Yahya Haqi was chosen as the personality of the exhibition this year, and for the first time a special character was chosen for the Children’s Book Exhibition, and she was chosen by the writer Abdel Tawab Yousef.
The Supreme Administrative Committee of the exhibition also decided to continue to celebrate the centenary of Dr. Tharwat Okasha and the poet Salah Abdel-Sabour through one of the exhibition’s cultural events, in addition to the printing of a group of their books within the celebrations of the Ministry of Culture of the two great writers.
The Book Authority announced that the exhibition prize was awarded to 11 branches, including 9 for adults, which are: “novel, short story, classical poetry, colloquial poetry, theater, literary criticism, human studies, children, and scientific books”, in addition to two areas for young people under the age of 35, namely Literary creativity and the humanities.
The authority also announced 4 other awards, which are given equally between the Writers Authority and other bodies, including: the award for the best book in heritage, the best translated book, the best translated book for children with the National Center for Translation, and the best book in the field of cinema with the Academy of Arts.