With the directives of Mohammed bin Zayed … field hospitals in Sudan, Guinea and Jordan to confront “Corona” 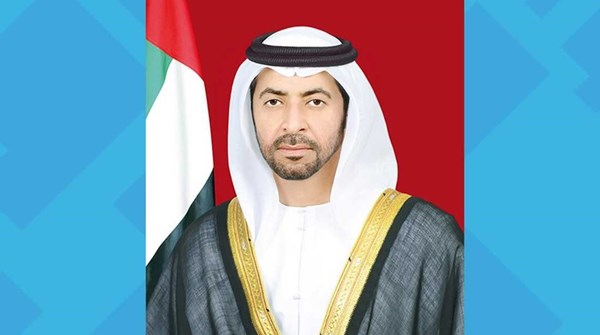 His Highness Sheikh Hamdan bin Zayed Al Nahyan, Ruler’s Representative in Al Dhafra Region, Chairman of the Red Crescent Authority, announced that, under the generous direction of His Highness Sheikh Mohammed bin Zayed Al Nahyan, Crown Prince of Abu Dhabi and Deputy Supreme Commander of the Armed Forces, the UAE has established field hospitals in every From the Darfur region of Sudan, Guinea and Jordan.
His Highness revealed that work is currently underway to establish two other hospitals in Mauritania and Sierra Leone, in order to enhance the efforts of these countries in combating the “Covid-19” pandemic, on their lands, indicating that the UAE has contributed to supporting the logistical operations of some international organizations, including: the World Health Organization, This is through the transfer of medical aid from donor countries to strengthen its strategic stockpile in the International Humanitarian City in Dubai, which has become an important logistical and regional center for the delivery of humanitarian aid to those in need around the world without difficulties.
This came during the speech of His Highness delivered on behalf of His Highness, yesterday, Rashid Mubarak Al Mansouri, Adviser to the Secretary-General for Local Aid at the Red Crescent Authority, in the opening speech of the seventeenth session of the Dubai International Relief and Development Conference and Exhibition “DIHAD 2021” at the Dubai International Convention and Exhibition Center.
His Highness said: “The UAE realized early on its duty towards the different countries of the world that face great challenges due to the outbreak of the (pandemic), and strengthened its humanitarian response towards it, and since the emergence of the crisis, it has provided medical aid and preventive supplies to 134 countries around the world, from which 1.8 million cadres have benefited. Medical front rows ».
He added, “The volume of that aid reached 1,789 tons of medical supplies, and dozens of African countries had the lion’s share of this aid.”
His Highness pointed out that the Emirates Red Crescent Authority was never far from the scene of events in the African continent, and has been there for more than 3 decades with its humanitarian programs, development projects and relief operations that affected most of the countries of the continent, and it is still working hard to reduce suffering. Caused by the crises of the continent.
He announced that the total programs, projects and reliefs implemented by our National Authority in Africa have reached 2.7 billion dirhams so far, from which millions of people have benefited from 47 African countries.

The President of the Red Crescent Authority said: “Our humanitarian and moral commitment to improve life and preserve human dignity puts us in the face of great tasks and great responsibilities to alleviate the suffering of humanity, and it is clear to you that the humanitarian arena, especially in the African continent, is facing many challenges as a result of the severity of crises, disasters and the intensity of conflicts. And wars ».
His Highness pointed out to the challenges of food shortages, high prices, climate changes, widening drought and desertification, in addition to the current health crisis resulting from the outbreak of the (Covid-19) pandemic. These events combined have exacerbated human suffering, and the emergence of many human phenomena and tragedies.
His Highness said: “Therefore, the importance of this session stems from the Dubai International Relief and Development Exhibition and Conference from the fact that it discusses a fundamental issue related to strengthening the capacity of the African arena to confront the (Corona) pandemic, and to help it recover and overcome its humanitarian and development crises in various fields.”
His Highness said: “(DIHAD) is an opportunity to draw the features of our future vision for our joint relief and humanitarian efforts, and to put a new imprint on the path of humanitarian giving that the United Arab Emirates followed under the leadership of His Highness Sheikh Khalifa bin Zayed Al Nahyan, President of the State, may God protect him.” .
His Highness referred to the support of His Highness Sheikh Mohammed bin Rashid Al Maktoum, Vice President and Prime Minister of the UAE and Ruler of Dubai, may God protect him, and the initiatives of His Highness Sheikh Mohammed bin Zayed Al Nahyan, Crown Prince of Abu Dhabi and Deputy Supreme Commander of the Armed Forces.
He stressed that the UAE has charted the features of this road through a process full of efforts and initiatives that put an end to many important humanitarian issues, and made the required difference in the level of rapid intervention and care and facing the challenges that haunt humanity, and impede its march towards achieving stability and the desired development.
His Highness stressed the importance of exiting through “DIHAD” programs, strategies and action plans to meet the challenges facing African countries, in addition to achieving more strategic partnership that meets our aspirations, increases the balance of our organizations, and strengthens cooperation bonds between them in order to promote the noble principles and values ​​that we work. For her.

Conference opening
The seventeenth session of the “DIHAD 2021” conference and exhibition will be held under the patronage of His Highness Sheikh Mohammed bin Rashid Al Maktoum, Vice President and Prime Minister of the State and Ruler of Dubai, may God protect him, and it was opened yesterday by His Excellency Hessa Bint Essa Buhumaid, Minister of Community Development, accompanied by a number of officials and senior figures Personalities from the relief and humanitarian work sector.

UAE aid
The opening ceremony began with the speech of Saeed Al Eter, Head of the UAE Government Media Office and Director General of the Executive Office of His Highness Sheikh Mohammed bin Rashid Al Maktoum and Assistant Secretary General of the Mohammed bin Rashid Al Maktoum Global Initiatives Foundation.
He pointed out that the deficit in international aid due to the Corona epidemic reached $ 13 billion last year, with the exception of the UAE, which provided unprecedented medical and relief aid during the “pandemic”.
He pointed out that many humanitarian institutions and organizations around the world were unable to fulfill their humanitarian role during the “Covid-19” pandemic due to restrictions imposed on movement, as one of the precautionary measures to limit the spread of the virus, stressing that during the “pandemic” the great importance of using technology and digital communications was embodied. . Al-Eter stressed that the “pandemic” imposed new data, whereby everyone must stand with everyone, and partnerships are made with the support of people and the public so that peoples and societies can overcome the current crisis resulting from the spread of the “pandemic”.
He mentioned that the UAE, since its inception, has provided 275 billion dirhams of foreign aid, and this is a very large number, which made the UAE among the first countries in the world in providing humanitarian aid compared to the domestic product.

Address the crisis
For his part, Dr. Hamad Sheikh Ahmed Al Shaibani, Director General of the Department of Islamic Affairs and Charitable Activities in Dubai, said: “The United Arab Emirates has become The United States is a humanitarian center that attracts all nationalities, regardless of their different tongues and adolescents. ”
He pointed out that in 2020, the world witnessed a qualitative crisis, from its east to the Maghreb, that had grave repercussions globally on various economic, social, psychological and humanitarian levels, and there had to be decisions and initiatives that limit the repercussions of the crisis and reach individuals in a direct way, where the leadership was The UAE is one of the pioneers in setting up plans and mechanisms that put people at its top.
He said: “We, under the roof of the Emirate of Dubai, whose land taught us peace and giving, leadership and determination, and according to a wise vision established by the wise leadership in society, to achieve economic and societal stability despite the difficulty of the crisis, as it has been keen since the outbreak of the (pandemic) to instill the value of solidarity. And joining forces to support the various segments of society without discrimination, which has brought about a qualitative leap in the mechanisms of charitable and humanitarian work.
Al-Shaibani announced the signing of an agreement with the Mohammed bin Rashid University of Medicine and Health Sciences, which embodies the country’s most important strategic priorities in investing in research and medical science, as the agreement will open horizons and establish a solid foundation in the field of support and exploration of scientific research.

The vaccine dilemma
Then Dr. Tedros Adhanom Ghebreyesus, Director-General of the World Health Organization, spoke in a speech he delivered virtually during the opening ceremony, in which he said: “It has confirmed the (Covid-19) epidemic. Our destiny as human beings is a common destiny, and our steadfastness depends on our strength. Exhausted health systems that meet shaky political regimes and insecurity contribute greatly to the spread and prosperity of epidemics. ”
He added: “We have seen the impact of the (Covid-19) epidemic and other diseases, such as polio and measles, and the current Ebola outbreak in the Democratic Republic of the Congo is evident in the African continent, but we also know that we can control the spread of these diseases with strong leadership, systems and solid health personnel. ».
Ghebreyesus emphasized that the rapid development of the “Covid-19” vaccine contributed to instilling hope among peoples around the world, but vaccines are only tools, and the important thing is how we use them, stressing that “the fastest way to end this epidemic is to curb the spread of the virus everywhere. The virus spread, it had the opportunity to mutate in ways that might make vaccines less effective.
He said: “The (Corona) pandemic has proven that the fate of the international community is interdependent, and there must be equality and justice in the distribution of vaccines. Because if this does not happen, we will not be able to control the virus ».

The vaccination war
After that, Dr. Sergio Piazzi, Secretary-General of the Parliamentary Assembly of the Mediterranean, spoke, stressing that there will be no safe person, unless everyone is safe after the outbreak of the Corona virus, describing the virus as an “enemy that we must unite to defeat.”
He said: “There is a war of vaccines in the world, everyone must be vaccinated, so that everyone is safe. Because the vaccine will not have the required effectiveness if not everyone is vaccinated. He added, “The UAE, with many countries, is leading the provision of mass vaccination for the population, and we must continue solidarity and work together to get out of this crisis.”

International participation
After the opening ceremony ended, Her Excellency Hessa bint Essa Buhumaid, Minister of Community Development, accompanied by a high-level delegation of dignitaries, toured the exhibition, which occupies a total area of ​​3,538 square meters, where they were briefed on some pavilions of local and international humanitarian organizations, NGOs and charitable institutions And get to know the major international brands and participating institutions from all over the world.
The conference will be accompanied by an exhibition in which more than 600 non-governmental organizations, governmental humanitarian societies, companies, suppliers and international brands will participate, presenting their latest projects and services.
The exhibition will host 14 “innovation workshops” whose activities will last for 3 days within the exhibition area. The exhibition also witnesses the participation of the French pavilion and the pavilion of the United Nations.

Economy wants to “stimulate” the reincorporation of ERTE from June

Dancing on a Car Roof