With parades in K municipalities and his own group in the networks, Jorge Macri presses with his candidacy 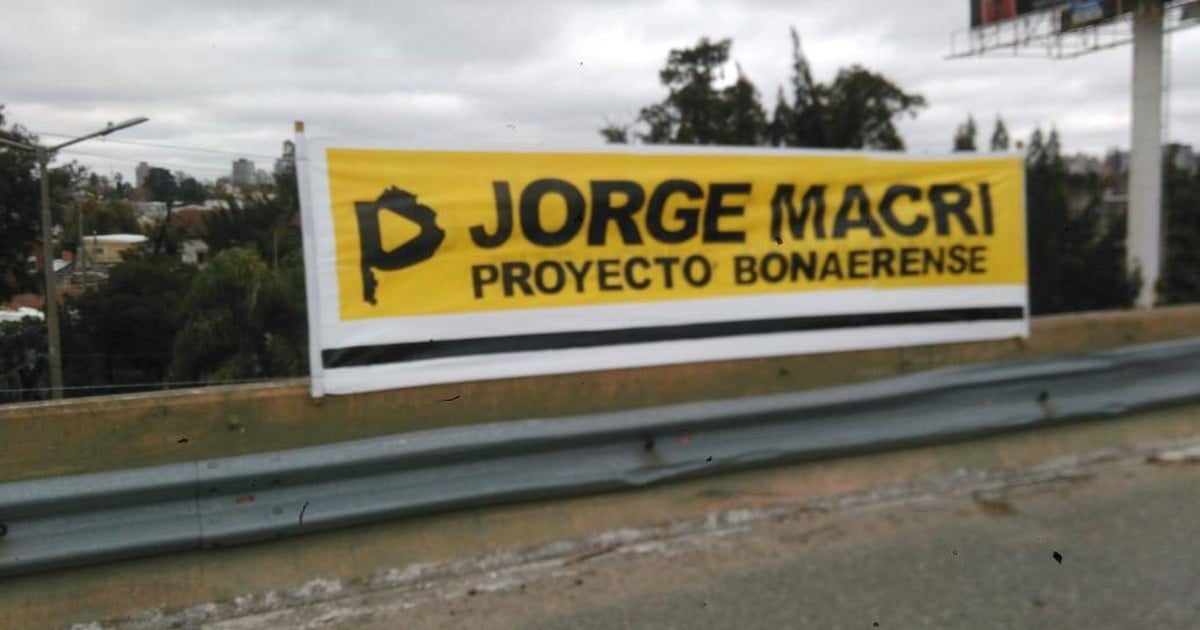 The intern of Together for Change adds chapters as a successful series of several seasons. Between meetings and negotiations with PRO figures such as Patricia Bullrich, Vicente Lopez’s mayor, Jorge Macri, tries to sustain his candidacy as a benchmark for the opposition in this year’s legislative elections.

For that, anticipates possible inmates between the macrismo and the UCR: he leaves his district to visit key territories of the Conurbano and takes his campaign to social networks.

In recent days, different neighborhoods of the Greater Buenos Aires woke up with parades of the characteristic colors of the PRO. Jorge Macri. Buenos Aires Project, it could be read in black letters, with a yellow background. The parties in which the communal head of the North zone marked territory were Moreno, Merlo, Avellaneda, Quilmes, Lomas de Zamora (all governed by Peronism) and Lanús.

Jorge Macri’s goal is to settle in the First and Third Section electoral process, consolidate a level of recognition such as the one it built in the interior of the province and press indoors to run for the PASO, despite the fact that Diego Santilli has the support of various sectors of Together for Change.

There are almost nine million people who can vote in the legislative elections throughout the Conurbano. And Jorge Macri insists on the premise that the candidate for Buenos Aires must belong to the Province, in bid with the nomination of Diego Santilli, current deputy head of the Buenos Aires government, sponsored by Horacio Rodríguez Larreta.

During the first months of 2021, the mayor of Vicente López toured the inside: San Nicolás, Brandsen, San Vicente, Bahía Blanca and Chascomús were some destinations of that silent and disguised tour.

While waiting for new meetings with Larreta to try to reach an agreement on the composition of the lists, Jorge Macri does not stop. In addition to wallpapering the Conurbano, he met with Nestor Grindetti, his pair from Lanús, who supports Santilli.

President of the Buenos Aires PRO, J. Macri insists to the councilors of the Peronist districts “the need for unity and a strong candidate to fight against La Cámpora in the territory “.

He himself conducted a local plenary session in Vicente López. There were more than a hundred macrista leaders from all over the province and local references, such as David Zencich, of Merlo, or Maria Sotolano, of Quilmes.

Jorge Macri also points to social networks and youth militancy. That is why he met with Iñaki Gutiérrez, A young 20-year-old liberal activist with more than 100,000 followers on his networks.

A photo on Twitter settled the meeting and caused a stir among the followers of both. Iñaki always moved among the main figures of the PRO: he had shown himself with Patricia Bullrich, Miguel Ángel Pichetto, Mauricio Macri and now, with the communal chief Jorge Macri.

Jorge Macri is a political organization launched on the networks that summons volunteers to fight for a candidacy of the mayor for Governor in 2023.

At the same time, Cambiemos militants from the North zone founded online “The Jorge Macri”: a group that aims to attract young voters and skips this year’s legislative elections. “Join the volunteer work of JORGE MACRI GOBERNADOR 2023”, is the title of the form that summons you to join the space from an Instagram account.

Thus, the president does not abandon his original plan but begins to draw lines to negotiate a common PRO list while flirting with the neurologist Facundo Manes, who will represent the UCR if there are Primaries to define a candidate for Together for Change.

Jorge Macri is a political organization launched on the networks that summons volunteers to fight for a candidacy of the mayor for Governor in 2023.

They prosecuted the former mayor of Pilar, Nicolas Ducoté

The federal judge of Zárate-Campana, Adrián González Charvay, processed without preventive detention to the former mayor of Pilar, Nicolás Ducoté, for suspicions of corruption in the use of national funds for public works.

The judge dictated the prohibition of leaving the country for the former communal chief, Ducoté and set him an embargo of $ 100 million along with the general inhibition of assets. Other former officials of the municipality of Pilar were also prosecuted for fraud against public administration. Among them the former Chief of Staff, Juan Pablo Martignone and the former Secretary of Public Works, Guillermo Iglesias.

The prosecution is due to the irregularities committed in the signing of three agreements during 2016 with the Ministry of the Interior, Public Works and Housing, by Rogelio Frigerio. It is about the causes of microcredits and the unfinished works in the Peruzzotti neighborhoods of Pilar and Monterrey de Presidente Derqui.