With no other vaccines in sight, the Government expects Joe Biden to release doses for Argentina 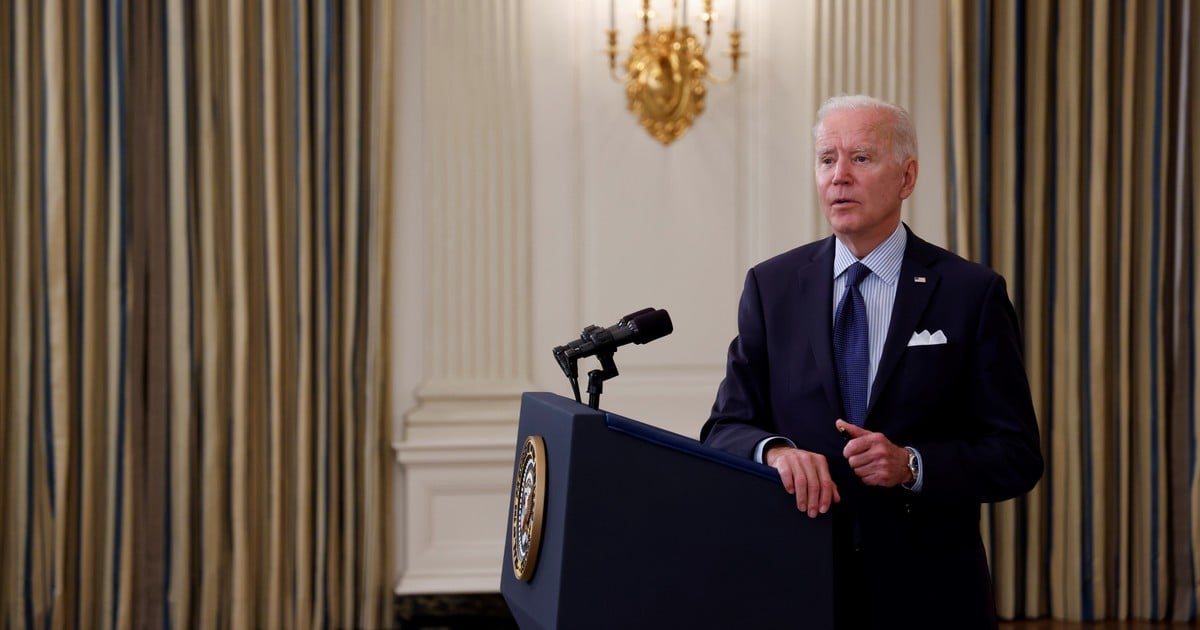 The pharmaceutical AstraZeneca has already warned the Ministry of Health that vaccines whose active ingredient is made in the plant Mabxience in Garín, province of Buenos Aires, they are still trapped in a chain of delays and failures. Most likely don’t come back packed to the country during may. China had previously advised the Foreign Ministry that will not send more doses of the vaccine Sinopharm over the next several months, as Beijing will focus on inoculating its own citizens.

With this outlook, and without other contracts with laboratories in sight, Alberto Fernández will only be able to wait this month for that the Russian Fund for Direct Investment release cargoes from the Sputnik V randomly and with a frequency impossible to predict for Argentine officials.

That situation could change if Joe Biden decides to strengthen his program of “vaccine diplomacy” and announce the transfer of doses stored in US warehouses to areas in critical situation due to the pandemic, such as India and several Latin American countries, among which Argentina stands out, suffocated by the lack of vaccines on the immediate horizon.

In the Casa Rosada they hope that this picture of desperate scarcity be changed in the next few days with an announcement from Biden, which on Tuesday said in Washington that 70% of American adults will be vaccinated within two months.

The US president, who has just won the applause of Cristina Kirchner and also Alberto Fernández for his plan to promote the purchase of goods and services produced on US soil and to tax the super-profits of large companies, has sectors within the Democratic Party itself that pressure it to speed up the transfer of vaccines.

This Monday, the ruling majority of the Subcommittee for the Coronavirus Crisis of the House of Representatives, published in Washington a letter that he sent to the Secretary of Health on April 30 Xavier Becerra and the Secretary of State Antony blinken, in which they ask for a meeting so that explain how and on what dates The White House plans to distribute the vaccines that are stored in the United States and that will not be used to inoculate its own population.

In their letter, House members Raja Krishnamoorthi, Carolyn B. Maloney, James E. Clyburn, and Stephen F. Lynch tell Blinken and Becerra that their goal is to for Biden to “distribute the more than 60 million doses of AstraZeneca” that are in U.S. warehouses whose use has not been approved by U.S. health authorities but yes for those of other countries.

Specifically, the members of the Subcommittee say that these vaccines could be sent to “countries like India, Argentina and Brazil, affected by massive contagions” at this time.

The Legislative Subcommittee, as the Democratic representatives remind their own government ministers in the letter, has the mandate to “conduct a complete and exhaustive investigation” of “issues related to the coronavirus crisis,” including the “preparation of the response to the crisis and the development of vaccines and treatments “and the rest of the decisions on this matter taken by the Executive Branch in Washington.

In the Casa Rosada they believe that Biden’s decision could even happen in this same week. “We are waiting for good news from the United States,” he told Clarion this Tuesday an official who knows the details of the negotiations between the Government and Washington. In the Frente de Todos they are even excited that shipments will reach 5 million doses, a figure that could help Argentina to overcome the vaccine drought in the coming weeks. However, no member of the Government risks mention precise dates or numbers.