With heartbreak, war breaks out for the house 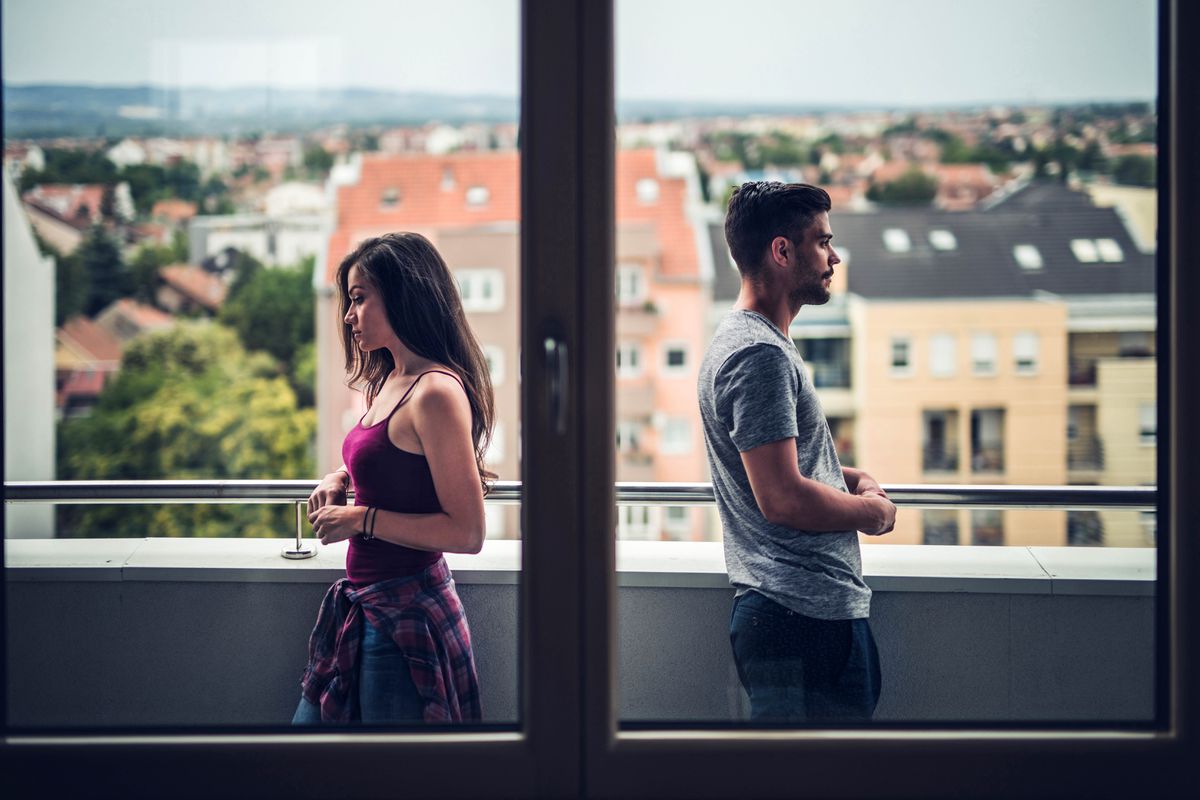 There are many couples who have run out of love. The last year of the pandemic and its months of strict confinement have been the finishing touch for many duos who were already limping and who must now agree, sooner rather than later, what to do with the house. When heartbreak strikes, the house is almost always a rose with a multitude of thorns.

Last year, 95,060 Spanish couples divorced, separated or requested annulment, 13.3% less than in the previous year due to the health and economic crisis, according to data from the General Council of the Judiciary (CGPJ). The bulk of them raised disputes over the use of the family home. According to law firms, this is one of the most complex issues in romantic breakups, especially if there are two situations: “When the home is owned by one of the members of the couple and the use is attributed to the other and when the house belongs to both and its use is attributed to only one ”, explains the lawyer Fátima Galisteo, from the firm Galisteo Abogados. “When everything blows up, the differences center on the use and attribution of the home and, of course, on its distribution and on the payment of the mortgage loan that has been used to buy it,” says Almudena Velázquez, legal director of Reclamador .it is.

In the event that the family home belongs to both and there are no children – if there are children, it is their interest that determines the attribution of the use of the house -, whether it was acquired privately by both or as a community property, the most common is its use for equal periods of time until the termination of the joint venture or liquidation of the joint venture. In the event that the house is owned by one of the members of the couple, there is no discussion: it remains in their possession. Although there is an exception and these are “cases of extreme need in which a significant economic imbalance occurs after the breakdown and constitutes the interest most worthy of protection, in which the non-owner is usually attributed, at least temporarily, the use of the house ”, comments Fátima Galisteo.

One of the issues that most worries and is discussed in law firms is whether to change the will granted in favor of the ex so that he does not have any rights to the house. “Divorce extinguishes the marriage and, therefore, the hereditary rights of the spouses to each other, because although the Civil Code does not express it exhaustively, the inheritance is transferred to the spouse, a condition that the divorced person does not already have”, points out Fátima Galisteo. The lawyer understands that, after the divorce or separation, it is not necessary to make any other will.

Although prevention is better than cure. Until the Supreme Court in 2018 excluded the divorced spouse from the will, the case law was contradictory. “In fact, there are still those who dare to sue for such a cause despite this doctrine, so it is best to modify the will as soon as the couple breaks up, and thus avoid displeasure and complications for the heirs,” he advises Velazquez.

Another issue that causes the most distress in a separation is the sale of the home when one of the members of the couple refuses outright. It cannot be sold without the permission of the other party, but what is known as actio communi dividundo (action of division of the common thing), by which the judge, after presenting the corresponding claim and if there is no agreement between the former for one to award it, will order the sale by public auction or through real estate. “Here, more than ever, the saying that a bad agreement is better than a good lawsuit is recommended, since the price for which the property will be sold if it is done at public auction will always be much lower than the market price”, Velázquez points out. There is also the possibility that the sale is carried out through the intervention of arbitrators and not a judge, although this is an unusual practice.

There is another option for those who want to sell, and that is to transfer their undivided part without prejudice to the right of first refusal of the other co-owner. You can turn to investors who are interested in acquiring parts of houses in joint venture and then negotiate the purchase of the remaining part with the other owner. The seller can receive between 35% and up to 60% of the appraised value from you.

What if one wants to rent the house and another doesn’t? The house can be rented by any of the co-owners, whether they are spouses or are already divorced. However, if the lease has a duration of more than six years, the consent of both will be necessary. If there is no agreement, a judge will decide. From Reclamador.es, Almudena Velázquez indicates that, although either of the two can rent the house, whoever does not agree can go to the judge to decide on the validity of that lease.

Couples who have had to postpone their separation or divorce due to the health and economic crisis will have to face all these points at some point. Until better times come, they are forced to continue living under the same roof. In 2020, the number of divorces and separations registered the sharpest drop in recent years, according to the CGPJ. The functioning of the courts and tribunals was altered by the outbreak of the pandemic, especially in the second quarter of the year, which influenced the presentation and processing of marital breakdown claims.

Although there is another strong argument. Crises stop divorces and separations. People separate less for purely economic reasons. It already happened in the Great Recession of 2008, when the number of marital breakdowns fell by 13.5% that year, according to the INE. The house was then the hot potato of these sentimental ruptures, especially since in the heat of the housing bubble it was almost impossible to sell an asset that, in most cases, was overvalued. Today there is no bubble – the price of housing closed with a drop of 1.8% in the fourth quarter of 2020, according to the Ministry of Transport – but there is an economic crisis that complicates the separations and, above all, finding the right exit door of the family home.

The deaths from covid reported in Spain exceed 76,000. Many of these people have died so unexpectedly that they have not had time to resolve certain issues, such as selling the family home that still tied them to their ex-partners with whom one day they married on a community basis. In the cases in which the apartment was bought during the marriage, the community property company must be liquidated by awarding the apartment either to the former, or to the heirs (children of the deceased person), the successful bidder paying the other his part in money or awarding it. by undivided halves. Logically, the mortgage will be awarded in the same proportion, ”explains Fátima Galisteo, a lawyer specializing in inheritance at Galisteo Abogados.

Amazon’s Lord of the Rings game would have been canceled