With gender parity and a Mapuche woman at the helm, Chile started its unprecedented Constituent Convention 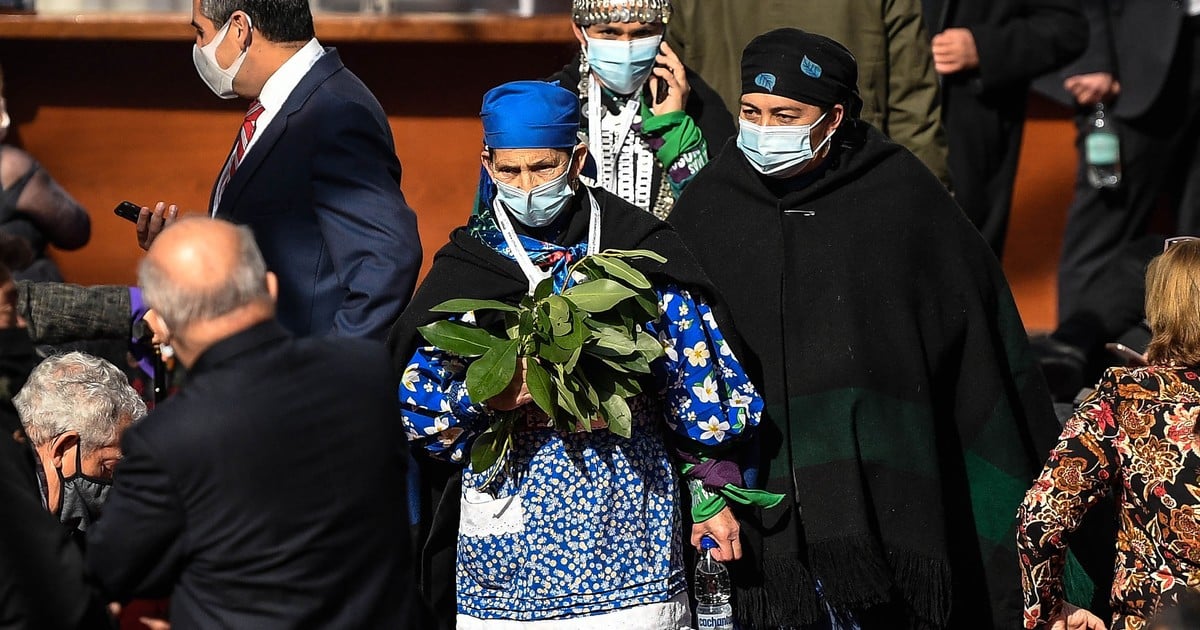 Two votes and almost two years had to pass for the dream that millions of Chileans pushed into the streets in October 2019, demanding a new treatment from the State, with greater dignity and social benefits, to be reflected in the beginning of work for a new Constitution of the country. The first drafted democratically, with equal members in gender and that could put an end to the dictator Augusto Pinochet, dating from 1980.

It was 10 in the morning, the official starting time, but dozens of elected constituents had not yet arrived at the National Congress, Santiago headquarters, where an open-air tent allowed the 155 elected members of the instance to meet in person, by measures sanitary. Fifteen marches had been called early, many of them led by constituents of different currents. The native peoples met at Cerro Huelén and others walked from the Palacio de La Moneda. Therefore, not everyone was at the start time.

The organization preferred to wait. And that’s what they were when, around 10:45 AM, a group of protesters jumped one of the perimeter closures and it arrived until the environs of the Congress, demolishing the barrier that protected the press tent and the national and international media, among them Clarín.

March in Santiago de Chile at the inauguration of the Constituent Convention. Photo DPA

The protesters, close to “the People’s List”, demanded the release of the prisoners of the social uprising of October 2019. For this group, which broke into the last elections with 27 national victories, the prisoners are political and conscientious, even though the Supreme Court issued a report detailing the crimes that each one is accused of and affirming the full independence of the Power. Judicial regarding any political intention of the Government.

In this context, while the Carabineros deployed the Special Forces and water launchers, the session began almost an hour late. That until, after a boisterous intonation of the national anthem, full of slogans, some constituents approached the person in charge of the Electoral Tribunal, María Angélica Valladares – minister of faith of the act -, to ask her for the suspension due to the clashes and the eventual arrest of some of her relatives on the perimeter of the building.

Almost an hour later, Valladares herself indicated that there were no detainees and the disturbances outside the building were already ending, while she waited for the Constituents who they had come out to intercede to stop the fighting. It was only there that the inauguration of the seats and the election of the leaders of the organization began.

The one elected as president of the Constituent Convention was Elisa Loncón. After two rounds of voting, got more than the 78 votes needed to stay with the maximum position of the organism.

Loncón is a linguist and an English teacher, academic from the Faculty of Humanities of the Department of Education of the University of Santiago and external professor of the Faculty of Letters of the Catholic University of Chile. She was elected to one of the seats reserved for native peoples.

“Mari mari pu lamngen, mari mari kom pu che, mari mari Chile mapu”, he greeted in Mapudungún (the language of his people) in his first and emotional speech. Dressed typically according to the tradition of her lands, the president thanked the overwhelming majority she obtained, with 96 votes, and the symbolism of this vote for the Mapuches: “This dream is a dream of our ancestorss. This dream comes true, it is possible to re-found this Chile and establish a new relationship between the Mapuche people, the original nations and all the nations that make up this country, ”he said.

During the previous days, he pointed out to the newspaper Third that will seek to consecrate Chile as a Plurinational State. “You can dialogue with us, don’t be afraid of us, because the politics of fear has also been installed a lot. In other words, an indigenous candidate, Mapuche, is installed and there is a lot of prejudice. So, this is also a call to free ourselves from our prejudices and interact on equal terms, “he declared.

The work of Loncón and the rest of the 155 constituents is not final. The text that they deliver in one more year dmust be voted in a plebiscite mandatory for all Chileans. If the proposal is rejected, the current Constitution will continue to govern.