With criticism of Mauricio Macri, Alberto Fernández promulgated a law that adds resources to volunteer firefighters 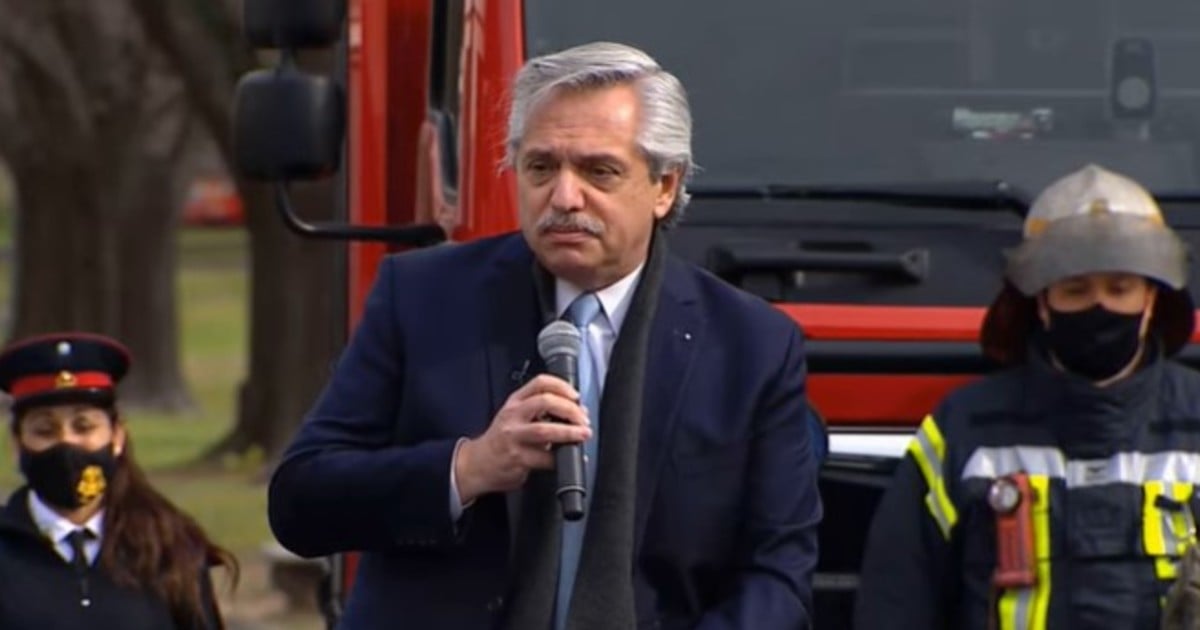 President Alberto Fernández headed this Wednesday a ceremony at the Olivos residence in which, criticizing the Government of Mauricio Macri, he promulgated a law that adds resources to volunteer firefighters.

“What this law that we are promulgating does, which tries to re put things in order because in the previous 4 years they got messed up, is to provide resources again so that the firefighters who work in the thousand barracks and help the Argentines can have the necessary resources and the necessary attention in the event that they suffer damage, “said the president.

The law to Strengthen the volunteer firefighters system was an initiative that was approved by Congressmen and by Fernández “It’s an act of justice“.

“It makes us a better society because it allows us to vindicate the best of ours. We are here. correcting the mistake that was made when the National Lottery went to the City and deprived you of resources that were necessary for them to function, “he said.

Fernández was accompanied by the Minister of Security, Sabina Frederic, and by volunteer firefighters from various barracks.

With the signing of decree 386/2021, which was published this Wednesday in the Official Gazette, the head of state put into effect legislation that includes, among other aspects, a special tariff regime.

The law, which was approved unanimously in both houses of Congress, also expands the coverage of risks and contingencies that volunteer firefighters may face in the exercise of their functions.

“These benefits will be added to the existing subsidy from the national government, which benefits the 1024 barracks that provide service throughout the territory,” the official statement highlights.

Fernández also stressed that the coronavirus pandemic “made the vocation of those who care about the other value differently”, as is the case of volunteer firefighters.

“In times like this, that concept of solidarity, that desire to be by the side of those who need it, acquires a different dimension. Argentina has become accustomed to (volunteer firefighters) exist, as if it were something normal, and has neglected give them the necessary resources so that they can exist, “he insisted.

President Alberto Fernández received in the Quinta de Olivos the Governor of the Province of Santa Fe, Omar Perotti.

Before the event, the president had received Santa Fe governor Omar Perotti at the Quinta de Olivos, with whom he evaluated the epidemiological situation in the province.

“They analyzed the general situation of the pandemic in Santa Fe, the state of epidemiological data and indicators, the progress in the local vaccination process and the assistance of the Nation during the pandemic,” they specified from the Government.