With a novel that criticizes the Church, Claudia Piñeiro won the main prize of the Black Week of Gijón 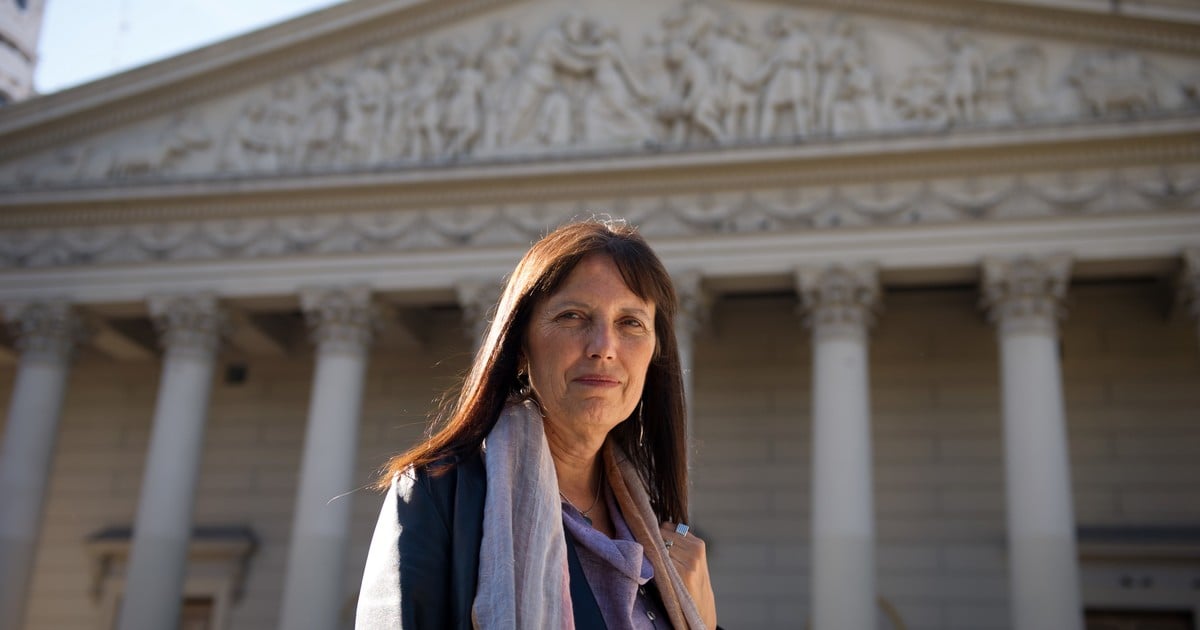 Claudia Piñeiro was honored today with the Dashiell Hammet award for crime novels at the 34th edition of the Gijón Week, the most important Spanish-speaking festival of police literature, for his novel Cathedrals, in a day in which the Cordovan Ana Llurba also received a distinction for the best science fiction and fantasy work with Family constellations.

According to the jury’s decision, read during an act within the framework of the festival, Cathedrals it is “a non-canonical crime novel with a great literary richness and a great variety of stylistic resources” that, in addition, is “committed to the harshest reality that a woman can face due to hypocrisy and religious prejudice”.

In Gijón. Claudia Piñeiro in the presentation of “Cathedrals. Photo EFE

Pineiro He traveled to Spain at the beginning of the month to participate in the talks and presentations of the Festival. During the award ceremony, accompanied by winning writers from other categories, she was happy to have decided to go despite the restrictions that the pandemic also imprinted on her routine as a writer: “I am very happy because it was difficult for me to come and now it will be more difficult for me to return.”

The writer maintained that “the story of the protagonist of Cathedrals could have been the story of many Argentines and Latin Americans, it could be current “and he warned that in truth” it can occur in any country in which violence against women and dissidents are not taken into account. “

At that moment, the voice of Pineiro he broke off: “I was moved by the struggle we have carried out over the years.”

“It is my turn to write and others do other things. But without a doubt we are hand in hand making everyone the same in different parts of the planet,” he said at the end of his message. The author of “Yours“and” Las viudas de los Thursdays “won the highest prize awarded by the Black Week of Gijón, the same one that Juan Sasturain had obtained in 2019.

On Cathedrals, published in 2020 by Alfaguara, the author constructs a choral story around a crime that triggers irreparable conflicts in a family. Published at the beginning of 2020, it was not only at the top of sales in Argentina for a long time but also reached the applause of the most important literary quotes in Spain related to the black and police genre.

For her part, the writer Ana Llurba, a Cordovan born in 1980 and living in Barcelona years ago, won the Celsius prize for the best science fiction and fantasy work with the novel Family constellations, the same distinction that another Argentine, Mariana Enriquez, won last year.

Llurba could not participate in the awards because, according to the organizers, he had to travel to Berlin to attend to family matters.

Hammett Award for Cathedrals. I started crying and couldn’t tweet it. Happy!!!

Family constellations gathers thirteen stories about friendship, the exploration of sexuality, typical passage rituals of adolescence and experiences such as motherhood, ties with other species and even with mythological beings or without human agency.

In addition to Pineiro Y Llurba, this year the Argentine Paula Rodríguez were finalists for the Silverio Cañada Memorial Award with the novel Urgent causes and Gabriela Saidon for Espartacus, with the novel The Queen.

On the other hand, this year, the Espartacus prize for the best historical novel in Spanish went to The cook and the oyster scored by Lucía Núñez when we have the information.

The Silverio Cañada Memorial Award was received Sand by Miguel Ángel Oeste and the Rodolfo Walsh award for best non-fiction black genre work went to We have not come here to study of the journalist and essayist Enric Juliana.