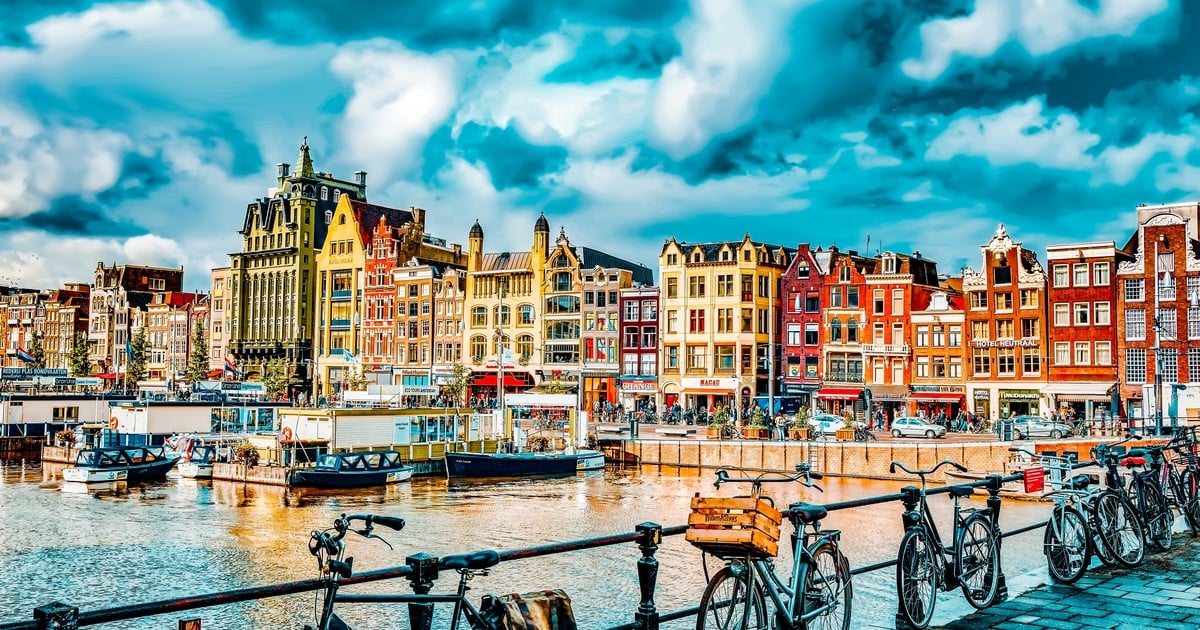 When international travel was discontinued in 2020, Amsterdam– like cities everywhere- was left empty of tourists practically.

The effect, according to Sonia Philipse, owner of the Lavinia Good Food restaurant, was both surreal and sereneWithout the crowds, your city was silent and more beautiful than ever.

“At this point, we miss our tourists, again,” Philipse said recently. “But I think there was a moment of real great enjoyment in having our city again.”

The terraces of Amsterdam will be prepared for their reopening. Photo EFE / Imane Rachidi

Is a tension in which Amsterdam tried to navigate for years, how to accept its status as a vibrant international hub, without making the city unviable for its residents – and without losing its famous free-spirited roots.

Now, with even fewer tourists, Amsterdam leaders are trying to implement new rental restrictions short-term vacation, sex tourism and cannabis sales for tourists – all with an effort to ensure that old tourism-related problems do not reappear when tourists return.

The measures make Amsterdam one of the pioneer cities in Europe, in approaching the management and organization of tourism.

But since many locals may be enjoying today’s silent Amsterdam, many also disagree with some of the city’s tactics.

Complaints from Amsterdam residents began to be generated in 2013, when tourism rebounded completely again after a recession following the financial crisis in 2008.

Residents said the tourists were loud and disruptive in the city center, they did not respect prostitutes, occupied short-term vacation rentals, raised house prices, and took control over most of the prettier historic areas.

The canals of Amsterdam. Photo Shutterstock

The number of tourists grew steadily every year from then on – except for 2020 – and the pressure from all those tourists continued to increase.

“You see this tipping point where the tourism economy causes more harm to residents, rather than putting them in value, and then you are in an unhealthy situation,” says Geerte Udo, director of Amsterdam & partners, a non-profit organization supported by the government, which handles tourism in the city.

“We need to change everything that is offered in the city center if we want to have a balance between living, working and recreation,” he adds.

Before the pandemic, city authorities implemented a number of measures to try mitigate problems derived from tourism, including a ban on guided tours in the Red Zone district, a ban on new hotels in the city center, an increase in tourist taxes, and a ban on new stores catering to tourists.

Already in 2014, Amsterdam stopped promoting the city as a destination in new markets abroad. Instead, the city’s marketing organization worked to guide and manage all the tourists who show up in the city.

But even with those measures in place, tourism continued to grow, and the escalation in numbers attracted attention. In 2019, news articles denounced growing numbers of tourists citing Amsterdam, along with Venice and Barcelona, ​​as the main example of tourism overload in Europe.

Since the hit of the pandemic, the Amsterdam authorities – led by the mayor, Femke Halsema – have continued to push for tourism regulation, with the focus on the Red Light District, an old part of downtown. Amsterdam city and a great magnet for tourists.

On a typical Saturday night before the pandemic, the district, known as De Wallen, would be hectic, with young men going from one bar to another – perhaps alternating between sex shops or cafes, or watching scantily clad prostitutes posing in their shops. stained glass windows.

Several people from Amsterdam interviewed for this story said that they never considered visiting the area at the time, due to the noisy and crowded surroundings.

“The public space is dominated by facilities that are almost all devoted to sex, drugs and alcohol,” Halsema wrote about the history of the city center in an official letter to the City Council in July 2019.

In the same letter, Halsema proposed four scenarios for the future of sex work in the Red Zone (prostitution is legal and regulated in the Netherlands).

One such scenario – the relocation of sex workers to a “hotel for prostitution” in another part of the city – recently attracted the support of a majority of the City Council members. The proposal has not been fully approved, however, beyond discussions, it is scheduled this summer, said the spokeswoman for the city of Amsterdam.

Another proposal from the mayor’s office is to make it illegal for tourists to buy cannabis in Amsterdam cafes, which are concentrated in the Red Light District, which is popular with tourists. The potential effects of such a move are currently being studied, the spokesperson said.

And last summer, in response to complaints about the increase in house gatherings and gatherings, the city imposed a total ban on all short-term vacation rentals in three inner-city neighborhoods, including the LA district. Red zone.

The ban was lifted shortly this month, but city officials are now working to find a way to legally reimpose the measure, the spokeswoman said.

Amsterdam also joined more than 20 other European cities in upholding the strict rules of holiday rental platforms at the European Commission and in the European Parliament.

Koeman, with 'overbooking' in defense