Winter Olympics: infections by covid-19 even in the bubbles 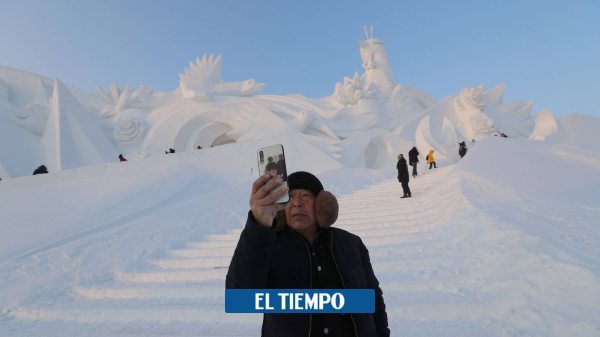 The first report on the incidence of covid in the Winter Olympic Games of Beijing reveals the detection of 39 positive cases at the city airport and 33 in the bubble established for the development of the competition.

As reported this Sunday by the International Olympic Committee (IOC), 2,586 tests have been carried out so far at the airport among travelers accredited for the Games and another 336,421 among people who were already inside the bubble.

It may interest you: (Pelé: his daughter responds to the rumors and clarifies his state of health)

“All positives have been isolated and their contacts have been located,” the agency said in a statement.

What measures were taken?

The IOC considers that the detection of these cases is a demonstration that “the system works successfully and protects the participants inside the bubble and the Chinese population outside.”

The Games will open on February 4. In addition to the two negative tests that are required to travel to China, all participants will undergo daily checks.

See also  Tour de France 2022: this is how the classifications go, after stage 20

“As a precaution, people who test positive in the airport tests and then negative in the confirmation test, will have to receive another negative result in an additional test before entering the bubble. This measure has been put in place to prevent people from be discharged with a false negative,” the IOC said in its statement.

The agency recalls that there is a Panel of Medical Experts that participants who are positive can request to review their case “to facilitate their participation in the Games.”

The Olympic events will take place exclusively in the Olympic bubble, where the athletes and their teams will sleep, eat, train, travel and compete in the facilities and with the means provided by the organizers.

The general public will not be able to enter the stadiums, contrary to the initial decision, and only selected groups of guests will access the stands, as a way of trying to prevent the spread of the coronavirus.

See also  Ecuador for a victory against the unbeatable Brazil