Wimbledon, the Cathedral of tennis that is no longer exclusive to high-hitters 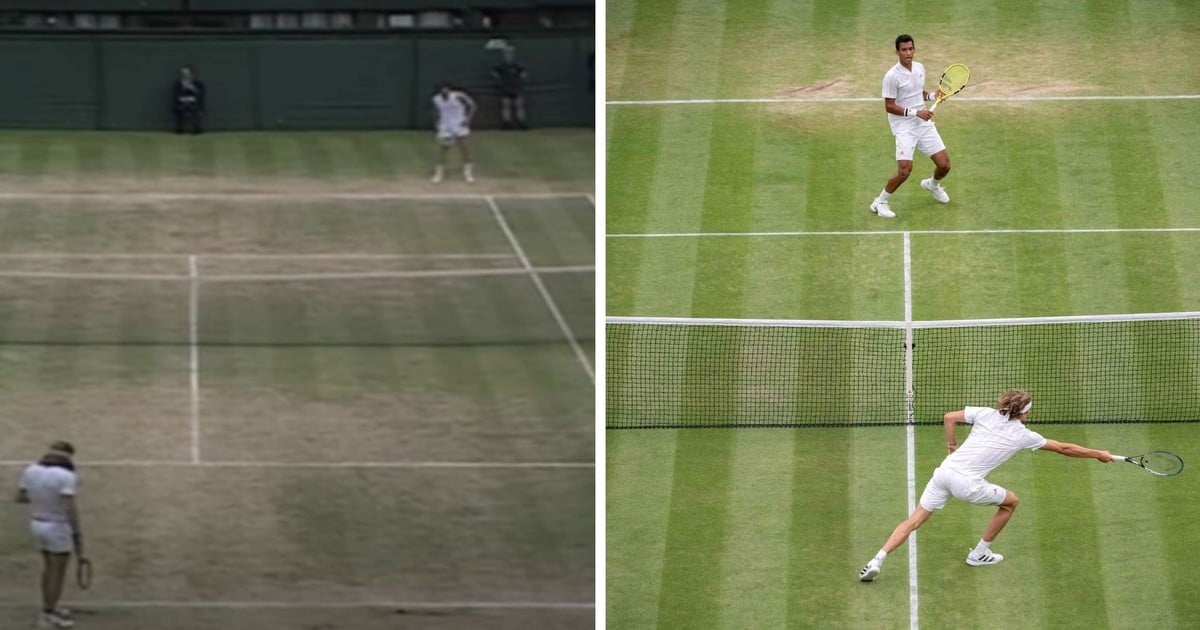 Talking about the grass at Wimbledon is as fascinating as it is incredible is the work that engineers and those in charge of its maintenance do. The tournament has 18 competition courts and 20 practice courts and all, absolutely all, must have the same rigidity and the same humidity for the ball to bounce in the same way. Because, otherwise, other stiffness and other humidity would cause a disparate and different sting.

The measurements are almost clockwork and nothing is left to chance. From the hairstyle and the height of the hair to the amount of hair they have so that the ball has a desired response. It is simply amazing, because it is the only natural surface. It is a live surface and it is very difficult to keep it uniform, especially after the wear and tear produced as the days go by.

At Wimbledon in the old days, the ’80s and early’ 90s, the tournament was always for big servers and super aggressive players, as we saw Courier, Mayotte and others. In 1991, the year that Michael Stich and Boris Becker played the final, everyone was shocked when they learned that it was determined that during one hour of play, the ball was “alive” for just 4 minutes. Everyone knew that Wimbledon always played little time, but that fact was still a shock.

Boris Becker vs Ivan Lendl in the 1989 Wimbledon semi-final.

The Canadian, Felix Auger-Aliassime and the German Alexander Zverev play on a court with the physiognomy of these times. Photo: AFP

Today the lawn has totally changed. And this, evidently, determined a variation in the style of play. It was surely a desk decision, seeing where tennis is going. But as the extremes were gradually disappearing in professional tennis and the brick dust is no longer so slow, the extremely fast surfaces are no longer so. Then turf is clearly no longer for big servers and that they constantly volley or go forward.

The intention is not to mark which of the two situations is the best. I think it’s something in between. The turf should continue to benefit servers and those who play aggressive and forward, but they are being seen less and less. Less and less is played as before, because the modification allowed to play from the bottom of the court. So Rafael Nadal, without detracting from it, was able to get a title because it was favorable for the ball to bounce high and hurt when hitting with top spin. In the past, to play with this effect was to put the ball on the opponent “on a tray”: leave it at the waist, ideal for him to have the privilege of hitting it in the best position.

Beyond being played in a different way, Wimbledon remains the sacred cathedral of tennis. I don’t know if the change is for the better or for the worse. What is noticeable is that clearly Wimbledon has given all the players the possibility to improve their brand and have good results. When at another time they would have wanted to grab a marker and cross it off the calendar.

The old saying that “grass is for cows” is long gone. Tennis, this grass and this Wimbledon is for everyone.

Bonus track: the other look of Wimbledon