William Randolph Hearst’s medieval Spanish monastery trip to the US 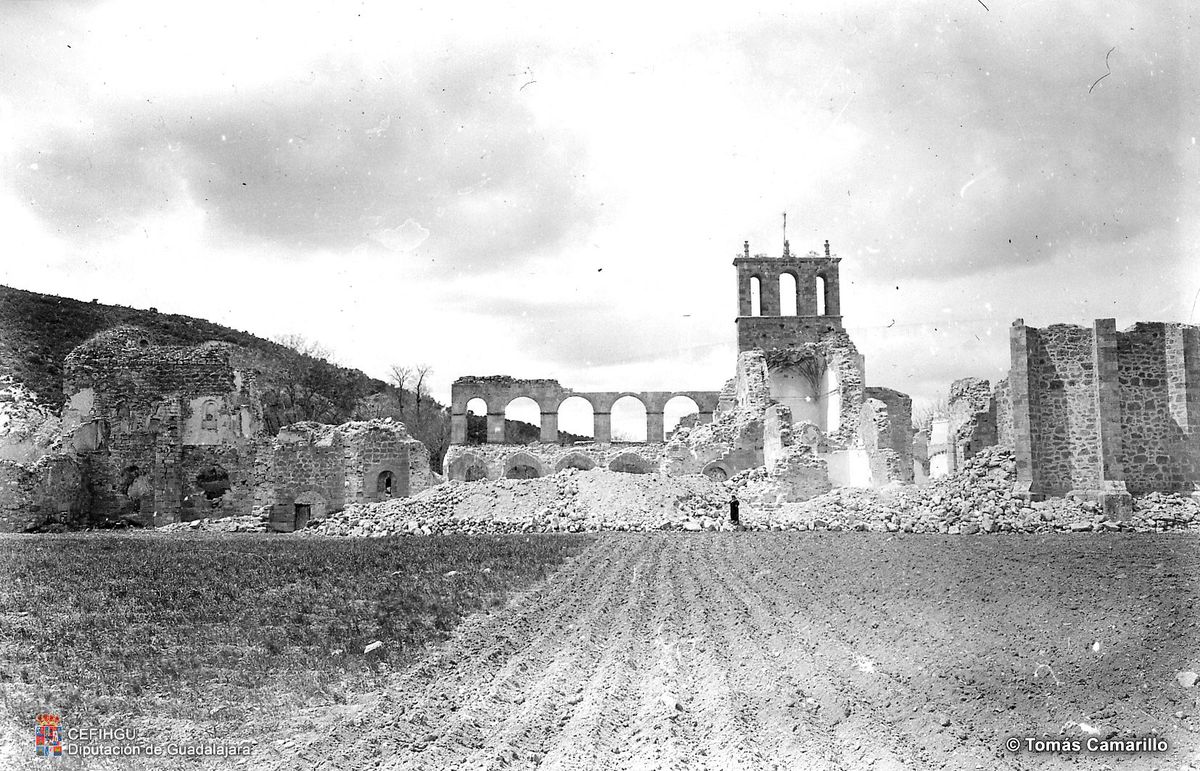 The Count of Romanones, minister, member of the Royal Academy of San Fernando and a deputy for Guadalajara, he looked the other way. He did not want to save it. It is now 90 years since the dismantling of the Cistercian monastery of Santa Maria de Óvila (Trillo, Guadalajara) bound for the United States. In the place where the imposing Gothic monastery stood between 1175 and 1931, only the base of the foundations of its disappeared church and a Renaissance cloister survive, as well as large bare walls, inside which farm implements and off-road vehicles are kept. But its heart – the chapter house, the refectory, the monks’ rooms or its cover – has been found since 2008 in the New Clairvaux Abbey, 300 kilometers north of San Francisco (United States). The set was donated by the City Council of this Californian city to a Benedictine religious community after having remained abandoned in a port dock since 1941. The historian Jose Miguel Lorenzo Arribas retrieve this story now in the article Óvila (Guadalajara), ninety years after its sale, published by the Instituto Cervantes. “That’s why I feel so much rejection towards Romanones ”, he jokes.

Alfonso VIII of Castile wanted to consolidate his power in the recent lands won from the Muslims in the center of the peninsula, for which in 1175 he ordered the construction of the convent of Santa María de Óvila in what is now the municipality of Trillo. The chronicles describe its disappeared church as having a Latin cross with three apses. The interior was covered with ribbed vaults and presided over by an ornately decorated Mannerist style doorway. The cloister that accompanied the temple was covered with ogival ribs with double arches.

This impressive monument was erected in a fertile valley, on the banks of the Tagus, surrounded by dense forests. It was the cultural and economic center of the area until the 15th century, when civil wars caused the gradual depopulation of the environment. In the 18th century it lost its entire library in a terrifying fire, although the complete decline did not come until 1835, with the Confiscation of Mendizábal.

In 1928, the ever-needy Spanish State sold it for 30,000 pesetas to Fernando Beloso, director of the Spanish Credit Bank, one of the great landowners of the Alcarreña region. In 1931, it was resold – the figure is unknown – to newspaper mogul William Randolph Hearst, who inspired the Orson Welles classic Citizen Kane. His intention was to reassemble it in his Californian mansion in Wyntoon, northeast of California, where he accumulated pieces acquired all over the world. But things did not go as expected, and the ancient Spanish stones ended up piled up on a dock in San Francisco. There they suffered numerous acts of vandalism.

In 1932 the historian Francisco Layna Serrano published The monastery of Óvila, where he denounced what happened and how he tried to stop the sale. “I turned angrily against the looting, addressing in a somewhat violent letter to the Count of Romanones, denouncing the fact and encouraging him to prevent the expatriation of the Óvila convent, as he was the most indicated to prevent it and seek a sanction for the selfish seller [no lo menciona, pero es Beloso], since in addition to being an arrogant Alcarreño politician, he was a minister, director of the San Fernando Academy and author of a defensive law of the national artistic treasure ”. But the count ignored him, says José Miguel Lorenzo.

Lorenzo also remembers that Miguel España, a journalist from Abc, was one of the few who in 1931 rose up against the sale in his article How an American is taking the monastery of Santa María de Óvila to his country. “Each piece was carefully wrapped in a bundle, on which is marked a number and a letter, G or R, which should indicate whether they were Gothic or Romanesque, two predominant architectural styles,” he left Spain.

To get to the old monastery and dismantle it, you had to cross the Tagus River by boat, something that Hearst solved by opening a road with a wooden bridge and tracks for mining wagons. Once unloaded, the ashlars were loaded onto trucks that transported them to Madrid and then, by sea, exported to the United States and stored in the Golden Gate Park warehouse in the port of San Francisco. In 1941, the year it was released Citizen KaneHearst sold everything to the city for $ 25,000, and he remained there until 2000, when the monks of New Clairvaux Abbey (California) discovered him. It was the perfect icing for his large monastic complex in the municipality of Vina. They collected donations and in 2013, with the advice of José Miguel Merino de Cáceres, Professor of History of Architecture at the Polytechnic University of Madrid, they were able to rebuild it.

Meanwhile, in Trillo, only a small road sign on a roundabout points the way to the monastery. Among beautiful landscapes, with the nuclear power plant in the background, you arrive at the private estate where what remains of the convent in Spain stands. A worn sign at the foot of the walls of the sold monastery recalls that “just one year after this irreparable damage, on June 3, 1931, the Government of the Republic declared the ruins of Óvila a National Historic Monument.” But the jewel of architecture was no longer in Spain. Missing, recalls the scratched sign, “the church, the refectory, the chapter room, the novices’ bedroom and part of the cloister.”

The current owners do not allow access to visitors. “We are not interested in talking about this. It is private property ”, they respond laconically and politely as they prevent taking photographs.