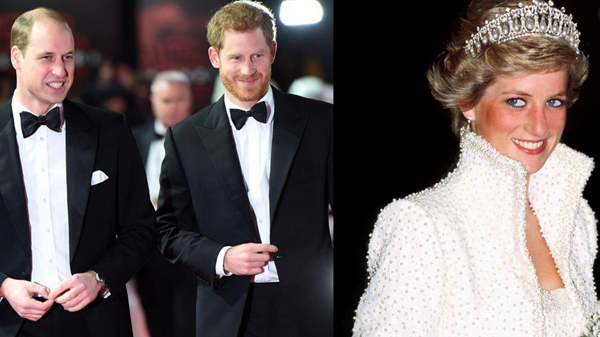 Next month, Princes William and Harry will participate in the inauguration of a statue in honor of their mother, Princess Diana, in London, which may constitute an opportunity for reconciliation between them, according to journalist Omid Scobie.

“Maybe this is an opportunity to break the ice” between the two brothers, said Scobey, who wrote the book “Finding Freedom” about Prince Harry and his wife Meghan Markle and their separation from the British royal family.
“We’ve already seen a little bit (of rapprochement) after the funeral” of Prince Philip, Queen Elizabeth II’s husband, in April, said the journalist in London.

Harry revealed in the televised interview on March 7 that he has moved away from William, expressing “real disappointment” at not having the support of his father, Prince Charles. The interview sparked a crisis within the royal family.

Although William and Harry spoke up again after their grandfather’s funeral, Omid Scobie points out that “there are still many topics to be discussed”.

The journalist believes that the inauguration of the statue “will show that both are able to show affection and respect when it comes to the memory of their mother’s life despite their differences. That will be the common denominator between them forever, that common passion to keep the legacy of (Diana) alive.”

Together, the two brothers chose artist Ian Rank Broadley to create the sculpture in honor of their mother, who died in a 1997 car accident in Paris while being chased by photo-hunters.
The statue will be erected in the gardens of Kensington Palace, where William and his wife Kate are staying with their three children, on July 1, 2021, the day Princess Diana was to celebrate her 60th birthday.