Will the United Nations succeed in solving the Renaissance Dam crisis before the second filling? 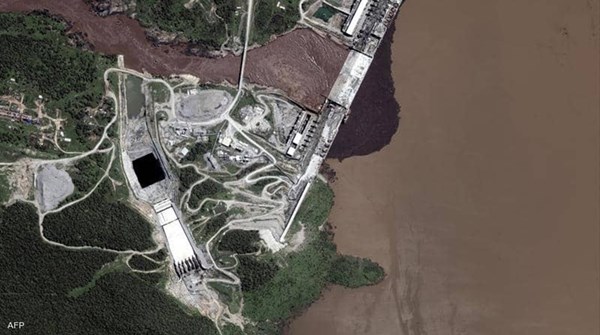 The letters of Egypt and Sudan to the UN Security Council represented a new step in the way of resolving the Renaissance Dam crisis that has spanned 10 years and has not yet been resolved, which is what Ethiopia described as an attempt by Cairo and Khartoum to politicize and internationalize the issue.
Experts and political analysts answered about the possibility of the success of this Egyptian-Sudanese move by resorting to the United Nations and the UN Security Council in resolving the Renaissance Dam crisis and taking decisions regarding the Ethiopian insistence on the second filling of the Renaissance Dam during the next rainy season, stressing the possibility of the Security Council intervening and issuing decisions to solve the crisis.
In their speech to the United Nations, Egypt and Sudan expressed their rejection of the unilateral Ethiopian steps, stressing that failure to conclude a binding agreement is a matter that threatens international peace and security, and threatens to increase tension in East Africa and the Horn of Africa, and that the international community should influence Ethiopia to compel it to participate in good faith in the negotiations to reach an agreement. Agreement over the coming months.
And the former Egyptian Foreign Minister, Ambassador Mohamed El-Orabi, considered the Egyptian-Sudanese speeches as part of an elaborate work framework on the part of the two countries to try to uphold the principles of international law, the Charter of the United Nations and the African Union, and all international instruments that talk about respect for the other and advancement in diplomatic dealings.
He added to “Al-Ittihad” that Addis Ababa is determined to stand before the requirements of international norms and international law with an unclear position, stressing that there is no justification for Ethiopia’s apparent intransigence in reaching a binding legal agreement.
He pointed out that Cairo and Khartoum place the international community before its responsibilities with the necessity to take decisions to move the negotiations file in a new way, and to dissuade Ethiopia from the second filling of the Renaissance Dam, expecting at the same time that there will be no movement from the international community and the United Nations during the current period at least.
Counselor Dr. Musaed Abdel-Ati, a professor of international law in Egypt, said that the Egyptian-Sudanese move is a legal procedure that is obligatory for Egypt and Sudan because they live in an international community governed by an international organization represented in the United Nations and the rules and the Charter of the United Nations, and the Egyptian-Sudanese approach came after Egypt notified the Security Council in Last June, under the umbrella of Chapter Six, and in light of the African Union’s failure to solve the crisis.
He explained to “Al-Ittihad” that Cairo and Khartoum aim to inform the international community about the reality of this situation, that they are in a position of grave danger and that the Ethiopian side is moving in a methodology to close all negotiation tracks, adding that this step, which included the Secretary-General of the United Nations, is necessary to be followed by a request to hold a session Urgent from the two countries.
Tamadur Al-Tayeb, a professor at the Center for Diplomatic Studies at the University of Khartoum, said that Sudan and Egypt fear the possibility of Ethiopia filling the dam unilaterally after successive Ethiopian statements that it will begin the second filling next July, and the failure of recent talks added to fears.
She explained to “the Union” that resorting to the Security Council came as a step in the direction of preventive diplomacy and the need for international organization to mediate to prevent any unilateral measures, adding that the meeting of prime ministers of the countries concerned would promote reaching a satisfactory agreement for the three countries.
Asmahan Ismail Ibrahim, a Sudanese researcher in political science and international relations at the University of Khartoum considered that this step is rational and will provide binding solutions that impose on Ethiopia to adhere to the legal aspect regarding filling and operating the dam, explaining that the idea of ​​the direction to the Security Council may take a long time as the filling of the dam approaches. She indicated to “Al-Ittihad” that Sudan has been severely damaged, which increases Khartoum’s fear of the damage it will suffer from the second filling, which will be at a rate of 13 billion cubic meters.

Eritrea acknowledges the presence of its forces in northern Ethiopia and promises to withdraw them
For the first time, Eritrea acknowledged the presence of its forces in the Tigray region in northern Ethiopia, and promised to withdraw them.
In a letter sent by the Eritrean representative to the United Nations, Sophie Tesfamerim, to the UN Security Council
She said, “The TPLF forces were largely defeated, which prompted Asmara and Addis Ababa to take a joint decision at the highest level to start the withdrawal of Eritrean forces in conjunction with the redeployment of Ethiopian forces along the borders between the two countries.”
For his part, the United Nations Coordinator for Humanitarian Affairs and Emergency Relief, Mark Lowcock, stressed before the Security Council that there is no evidence of the withdrawal of Eritrean forces from northern Ethiopia.

He explained that the humanitarian staff continues to record new atrocities committed, according to him, by the Eritrean Defense Forces.
In her turn, the delegate of Eritrea denied the validity of this information in her letter. “The accusations of rape and other crimes against the Eritrean soldiers are not only shameful, but also represent a brutal attack on the culture and history of our people,” she said.
Yesterday, the Eritrean Communication Minister indicated on Twitter that Asmara summoned two UN officials in his country to protest against “false reports.”