Will the floods in Germany affect the race to succeed Merkel? 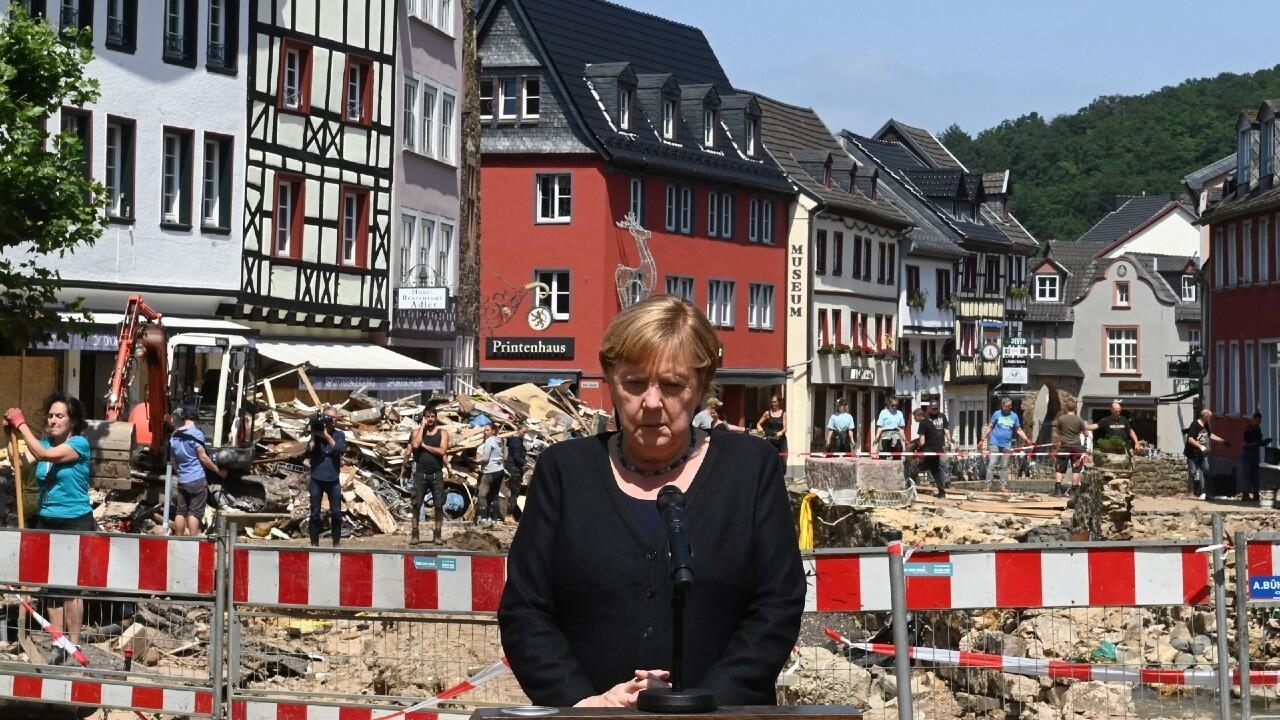 The response to the serious floods in the west of the country, in which more than 170 people lost their lives, could play a key role in determining who will occupy the chancellery in Berlin, once the president Angela Merkel withdraws after the September elections. . Analysis of our correspondent in Germany.

They were terrifying images that, for many Germans, will be difficult to forget: houses, streets and villages devastated by the powerful floods that this July mainly affected western Germany and left more than 170 dead.

Chancellor Angela Merkel, on her visit to the area, stated that the German language knew hardly any words to describe the destruction. He explained that Germany should strengthen its fight against climate change and promised to help the victims with a package that, as revealed days later, initially reaches 400 million euros.

For Merkel, who during her almost 16 years at the helm of the nation has had to overcome one crisis after another, including that of Covid-19, the floods arrive two months after the federal elections that will mark the end of her era. .

Hence, for the Germans the fundamental question is no longer related so much to the performance of the outgoing Chancellor, but rather to the future outlook. That is, how the catastrophe will affect the race to succeed it and what it reveals about the leadership of the main candidates, especially the representatives of the two parties that lead the polls.

Conservatives and a troublesome laugh

The focus is particularly on Armin Laschet, a politician with many posts.

Laschet is the leader of North Rhine-Westphalia, Germany’s most populous region and also one of the hardest hit by the tragedy. Laschet is also the president of Merkel’s party, the Christian Democratic Union (CDU), and is the candidate most likely to succeed her.

Even before the crisis, the CDU led the polls in voting intention, with about 28%, 8 percentage points more than the Green Party and 13 more than the Social Democrats. And the most recent polls, after the floods, do not seem to have radically changed this scenario.

The one that has been affected is the image of Laschet, who had a golden opportunity to demonstrate his leadership by responding to the crisis in his own state, but who rather ended up apologizing for a slip in front of the cameras.

On a visit to the disaster area, Laschet was caught laughing profusely in the background while, in the foreground, President Frank-Walter Steinmeier spoke about a difficult time for the nation.

Laschet acknowledged shortly after that his reaction had been inappropriate, but the damage had already been done. On the one hand, there were those who pointed out the marked contrast with Merkel, who during her government has maintained almost absolute control over her emotions – something that the Germans tend to favor in their politicians.

On the other hand, negative comments rained down on him. He was accused of disrespect and unworthy and unprofessional behavior, especially for the position to which he aspires.

And this was reflected in their acceptance levels. While the Germans do not directly elect the chancellor, the popularity of the leading candidates does play an important role in the race for chancery.

A recent survey, for example, revealed that only 17% of citizens trust in which Laschet draws the proper conclusions from the catastrophe. And in another, 57% rated negatively your crisis management.

These polls are, of course, a snapshot of the moment, and there is still enough time to determine whether Laschet can reverse his slip. However, the truth is that his out of place laugh did not go down well with the Germans at a time of particular concern and sadness.

The Greens and their climate approach

Such a slip could be exploited by Annalena Baerbock, the candidate for chancellor of the Green Party.

The Greens rank second in voting intention polls, but after the floods they face two dilemmas. Because one, they are under pressure to ratify their credentials as the party that, according to the Germans, has had the best skills on climate issues.

These have been his main political banner for years, they are one of the reasons why his profile has grown at the national level and they are also his main letter of presentation in the current electoral contest.

Publication of the German Statista, which asks about the parties with the greatest competence in climate protection.

But, its second dilemma is to avoid being seen as a party that, to achieve political gains, takes advantage of what they themselves described as “one of the worst natural catastrophes in German history.”

After the floods, Baerbock and the Greens have advocated for more climate action and, above all, for a change with respect to the policies that Merkel’s government has defended.

But Baerbock, similar to Laschet, has also lost points due to political lapses since he announced his intention to occupy the chancellery, and his image does not take off either. In fact, 46% evaluate as negative their behavior during the crisis, while only 22% see it favorably.

Furthermore, only 14% of Germans would choose her if they could directly vote for her. 15% would vote for Laschet, while 21% would vote for Olaf Scholz, the current vice chancellor and candidate of the Social Democrats.

Even more telling is that 38% would not vote for any of the three.


Perhaps a sample of how, with two months to go before the federal elections, the Germans are still not convinced of the main candidates to succeed Merkel or of their leadership abilities, especially after the severe floods.