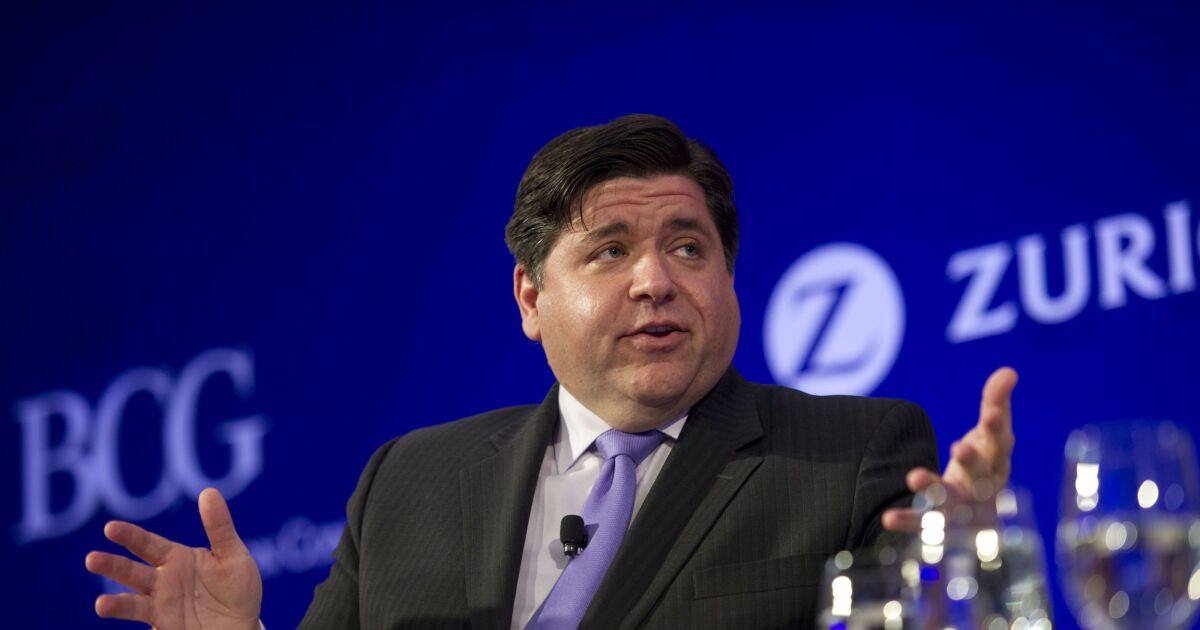 WASHINGTON – After decades of calls to expand the Community Reinvestment Act’s anti-redlining obligations to nonbanks, the idea is going mainstream thanks to key endorsements from states and even the chairman of the Federal Reserve.

That move followed a step by the New York Department of Financial Services, which issued a report recommending that state legislators amend the state’s version of CRA to apply the law’s obligations to nonbank mortgage lenders. Fed Chair Jerome Powell even weighed in on the issue in May, indicating his support for Congress to subject non-depositories to CRA requirements.

“This is among the first times that anybody in [the federal] government, other than me, has said that they think this is a good idea, ”said Gene Ludwig, former comptroller of the currency and chair of the Ludwig Institute for Shared Economic Prosperity. “And let’s face it, Chairman Powell as chairman of the Fed, his advocating for it – that’s a big deal.”

The idea of ​​Congress subjecting financial institutions other than banks to CRA requirements has percolated for years, yet has never gained much traction. But the law is also a moving target. Over 40 years since CRA’s passage, bank regulators have been deeply engaged in a sometimes fraught effort to reform how the law is applied to banks.

Many observers say Congress is unlikely to expand the law to nonbanks, leaving states as the only jurisdictions where more types of institutions may have to face CRA-like requirements.

“As much as I think there’s a significant appetite and interest in expanding CRA – and you could see maybe small pieces of that happening – I don’t know that this Congress is the time that it will happen,” said Jesse Van Tol, CEO of the National Community Reinvestment Coalition.

When he signed the Illinois bill, in March, Pritzker said it along with three other pieces of legislation advanced by state legislators would help narrow racial inequities.

“Together, these four bills mark significant progress in our efforts to close the racial gaps and eliminate barriers that have for too long unfairly held Black and Brown Illinoisans back,” he said. “This pillar advances our common vision of equity and inclusion by recognizing and addressing communities that have historically been cut out of the conversation.”

The idea of ​​expanding the CRA to nonbanks drew perhaps more significant support this past spring when Powell suggested Congress should look into it due to the volume of financial services activity that has shifted to nonbanks.

“You do see this across payments and all sorts of financial services – you see activities that had once been principally the province of banks, moving into the nonbank sector,” Powell said.

“Like activities should have like regulation,” he added. “In terms of … the specific question, that’s really one for Congress to make a decision about, but I like to think, though, that consumers require protection and low- and moderate- income communities require credit support, regardless of the nature of the institution. “

While Illinois officials touted the fact that it is the first state in the Midwest to pass a CRA law, Massachusetts has had a CRA law on the books since 1982, just four years after Congress passed the federal version. The state posts public CRA ratings and evaluations for state-chartered credit unions and certain mortgage lenders, in addition to banks.

When Massachusetts the law was originally passed, it applied only to state-chartered banks and credit unions, but was amended in 2007 to apply to nonbank mortgage lenders that originate 50 or more loans in the state. Meanwhile, Connecticut also applies CRA to credit unions.

In recent decades, banks have ceded a significant market share of financial services – and in particular, mortgage originations – to nonbanks, which Democrats and advocates argue has weakened the impact of the CRA nationwide.

Discussions of including nonbanks in the CRA regime have also heated up as federal banking regulators have worked to agree on reforms to the law. The Fed, Federal Deposit Insurance Corp. and Office of the Comptroller of the Currency announced July 20 that they would embark on an interagency rulemaking effort to update CRA, the latest development a deeply contentious reform process that began almost three years ago.

“In a lot of ways, there’s historic interest in CRA generally,” said Van Tol. “I think that you will see more of that [from states]. We get lots of interest, lots of calls from elected officials around the country about that kind of thing. “

Ludwig added that he wouldn’t be surprised to see “the major industrial states” soon enacting laws similar to those in Illinois and Massachusetts, pointing specifically to Ohio, Pennsylvania, New York and California.

“That’s the wonderful part of our federal system when it works well, that it’s not unheard of for the individual states to advance things that help to focus a light on something that needs to be done,” he said.

Still, the actions from Illinois and New York have drawn ire from some. Robert Broeksmit, president and CEO of the Mortgage Bankers Association, said laws subjecting nonbanks to CRA-equivalent requirements “definitely imposes burdens” on the group’s members.

“We don’t think it’s good policy at the state level or the federal level, so of course we’re concerned when any state puts in place CRA-like requirements for institutions who don’t gather deposits, and who already make the lion’s share of the loans that any sort of CRA-like requirement would require them to make, ”he said.

Broeksmit and other have noted that mortgage companies – unlike other types of nonbanks, such as credit unions – don’t accept deposits and therefore have nothing to “reinvest” as the CRA stipulates.

Others have also raised questions about whether CRA is the best tool to expand lending to low- and moderate-income communities. Some argue that lending efforts in those communities by nonbanks, which are not subject to CRA, are superior to banks’ LMI lending.

“It seems to me the height of laziness to look at a broken CRA system and then just copy across,” said Thomas Wade, the director of financial services policy at the American Action Forum.

Many acknowledge that the impact that state legislation could have on investment in low- to moderate-income communities is likely limited.

“I think it has to be federal [to be effective,]”Said Karen Petrou, managing partner at Federal Financial Analytics. “All of these are national markets, especially mortgage origination.”

Ludwig agreed that states will likely “have a very tough time having this really be very impactful,” however well-intentioned their legislative efforts are.

“Most of these institutions are not in places like Massachusetts and Illinois,” he said. “So while there’s undoubtedly something that comes of their effort, and I bet they can point to things, … there’s no doubt that the federal law and regulations is vastly more stringent on their banks than what they do.”

Petrou noted that the banking regulators in their CRA reform discussions could do something at the edges without authorization from Congress to extend CRA-like obligations to nonbanks.

“It hasn’t been discussed, but you could do it, for example, in this new rule [by] potentially saying, insured depositories may not partner with a nonbank unless the nonbank activities supported by that bank are subject to the equivalent of CRA examination, ”she said.

Meanwhile, any sort of attempt at including nonbanks in the CRA regime at the congressional level remains distant. While Sen. Elizabeth Warren, D-Mass., Has spearheaded a bicameral bill that would expand CRA to include nonbank mortgage companies, it has little chance of becoming law.

“Even with presidential priorities, it takes time, but for new ideas like expanding CRA to nonbanks, which isn’t quite new with regard to the Congress, but it’s newish – it’s going to take hearings and thought and time,” said Ludwig. “The key thing is introducing it seriously now, getting Congress to start to address it, have people begin to think it through seriously, and get the movement going.”