‘Will I be able to leave?’, The desperate wait at the Kabul airport to leave Afghanistan 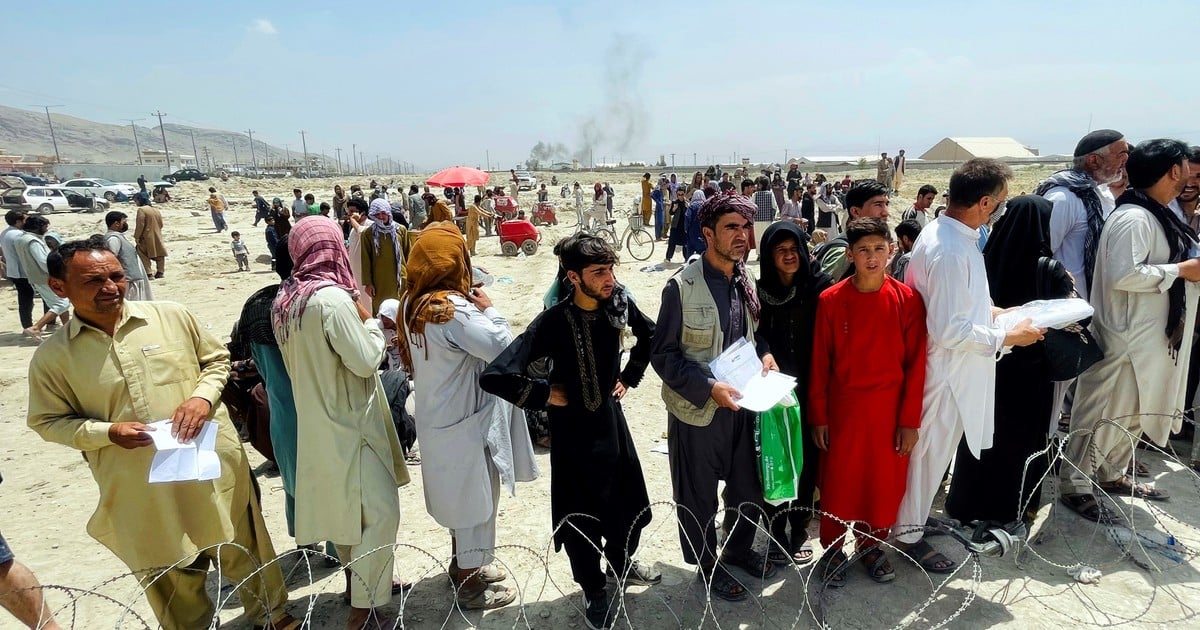 As hundreds of people stormed the runway at Kabul International Airport, the capital of Afghanistan, to try to leave the country after the Taliban came to power, a young woman was torn between two worlds.

In one, Massouma Tajik I would board a plane that he would take her to a country she did not know, to become a refugee. In the other, she was staying in Afghanistan under a Taliban government, probably forced to give up everything she had achieved in the past 20 years.

Exhausted from lack of sleep, hungry and scared, I had been waiting for hours at the airport a flight that he did not know would arrive, full of questions that he could not answer.

“I’m at the airport, waiting to get a flight, but I don’t know where” the young woman said in telephone statements to the Associated Press. “I am confused, hungry and desperate. I don’t know what will become of me. Where will I go? What will my days be like? Who will provide for my family?”

Tajik, a 22-year-old data analyst working for an American contractor linked to Afghan business, received a call Sunday afternoon telling her that he had ten minutes to go to the airport. He was on a list of people to be evacuated to the United States or Mexico. It’s all I knew. He did not have a visa in his passport.

The US Air Force C-17 Globemaster with more than 640 Afghans from Kabul to Qatar. AFP photo

She left a friend’s apartment in Kabul practically with what is on, a backpack, your laptop and your phone.

“My dreams, all my plans, everything is in this little backpack,” he said.

The seizure of power

When the Taliban seized Kabul on Sunday after the president fled Ashraf ghani, ending two decades in which the United States and its allies tried to transform Afghanistan, Tajik and a group of Afghans who collaborated with the American media were taken to the airport by their American friends.

The lightning collapse of the Afghan government and the chaos that followed, two weeks after the United States and NATO finished withdrawing their soldiers, shocked Afghans and the world at large. When it comes to women, generated the fear that they will lose all rights, including those to study and work, acquired in the last two decades.

On the way to the airport, Tajik looked out the window at the streets of Kabul, “filled with a silence that was scary.”

He hardly had time to call his family in Herat province, in the west of the country, which had fallen into the hands of the Taliban a week ago. Before the fall, Tajik had managed to leave Herat, the provincial capital, for Kabul, “in the hope that Kabul could resist” the advance of the Taliban.

An Afghan couple comes to India from Kabul. AP Photo

“But everything changed’‘, he expressed. “Everything fell apart in front of me.”

His family did not object to his leaving despite the fact that he is only 22 years old. and he was the one who maintained it. That role filled her with pride and she probably couldn’t continue to do so under a Taliban government. She also knew that if she stayed, she could create problems for her family: A young woman, educated at an international university, who worked with foreigners.

“When I was leaving Herat I thought that I could not leave my family, but if I stayed it would have been a risk for them ”he commented.

Before leaving Herat, he destroyed everything that could connect it with international organizations, iincluded some newspaper clippings. In addition to working for an American contractor, in July a prominent American newspaper published an article featuring her.

“I burned everything, buried it, and left ”said the young woman.

At the airport he found many Afghans desperately waiting for a flight out of the country, some on the verge of tears. She was melted. He hadn’t slept in three days. Rumor was circulating that all flights would be canceled. Or that there was no one who could protect them.

“The Taliban can arrive at any time ”he said in a cracking voice.

Six hours passed. He heard some shots coming from outside. Was it the Taliban?

He could see a plane on the runway, but it wasn’t his. A crowd rushed toward the device, jostling each other. She watched everything from a bench and, for a moment, was overwhelmed by uncertainty.

“It could end up on the other side of the world, in a refugee camp. I have no food or money with me” he declared. And he missed his family. “I fear for their lives. All these years of study and efforts to try to make a better life for myself and to help others were for nothing.”

Around midnight on Sunday, he thought about taking a taxi and going back to Kabul. Impossible to return to Herat. He was getting ready to leave when he changed his mind again.

He couldn’t fall asleep. There were people robbing the terminal. He went with his flight companions to the runway.

When the sun rose, there were thousands of people at the airport. Tajik said he saw US soldiers firing into the air. They told him that his flight would be arriving soon.

Later on Monday, the US military said seven people had died amid the chaos at the airport, including some who fell from a US military plane. they had clung to when it took off.

“I will never forgive the world for being silent”‘said the young woman. “I didn’t deserve this. Nobody deserves it.”