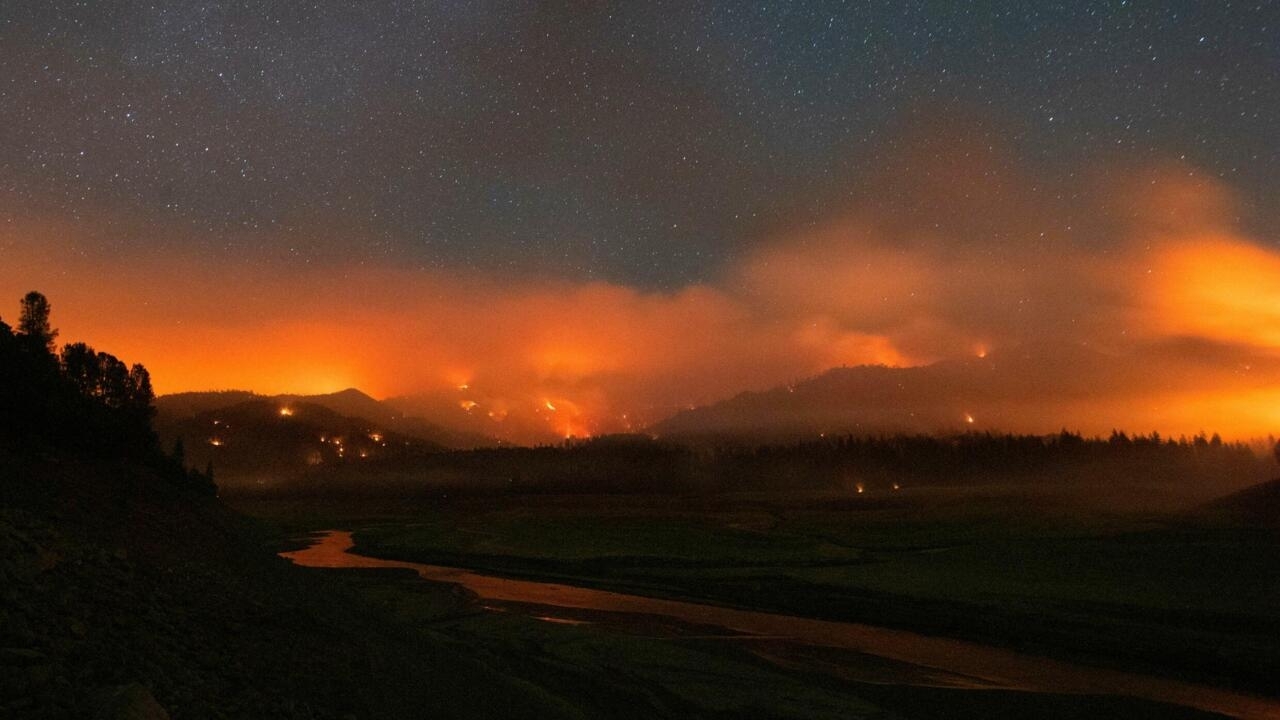 Dozens of fires ravaged western Canada and California in the United States on Friday, forcing thousands of people to evacuate and lowering hopes that the deadly heat wave that is hitting the region will subside.

A thousand people were evacuated in the Canadian province of British Columbia, when a forest fire burned a small town that had been breaking national records for maximum temperatures for three days.

The heatwave, which experts say has been fueled by climate change, has caused hundreds of deaths in Canada and the United States.

Lytton, 250 kilometers northeast of Vancouver, “has suffered structural damage and 90% of the town is on fire, including the town center,” said local MP Brad Vis.

Evacuation notices were issued for large areas of a California county where a gigantic fire devastated more than 8,000 hectares and of which only a fifth was controlled on Friday, according to local authorities.

The fire, which was started by lightning, is now active for a week, a Canadian government fire alert service said.

Images from the area showed burning hills and wooded areas and plumes of smoke rising into the sky. Firefighters work tirelessly to put them down.

A dozen different outbreaks were reported in California, which suffered the worst wildfires in its history last year.

“The last 24 hours have been devastating”

Lytton’s entire population of about 250 was evacuated Wednesday night, the day after the town set a Canadian high temperature record of 49.6 degrees Celsius.

The order to leave the site was later extended to residents of about 100 properties north of Lytton.

“The past 24 hours have been devastating for Lytton’s neighbors,” Defense Minister Harjit Sajjan wrote on Twitter, adding that the Canadian military “stands ready to support residents as we move forward with the next steps.”

Provincial authorities have reported no injuries or deaths related to the fires.

Several outbreaks were recorded north of the city of Kamloops, located about 150 kilometers northeast of Lytton.

The duration of this heat wave is worrying

Environment Canada said in a bulletin issued Thursday for the Prince George area, another city in British Columbia, that “an exceptionally strong ridge of high pressure” will continue to bring record temperatures over the next few days.

“The duration of this heat wave is concerning as there is little relief overnight,” when elevated temperatures persist, he added.

The heat wave was moving east Thursday toward the Canadian prairies.


In addition to British Columbia, heat alerts have been issued for the provinces of Alberta, Saskatchewan, Manitoba, parts of the Northwest Territories, and now northern Ontario.

Across the border, the states of Washington and Oregon are also still suffocating with record temperatures this week and hundreds of sudden heat-related deaths have been reported.