Wildfires Thousands evacuated wildfires from the road in Greece – in Turkey, rain arrived to help 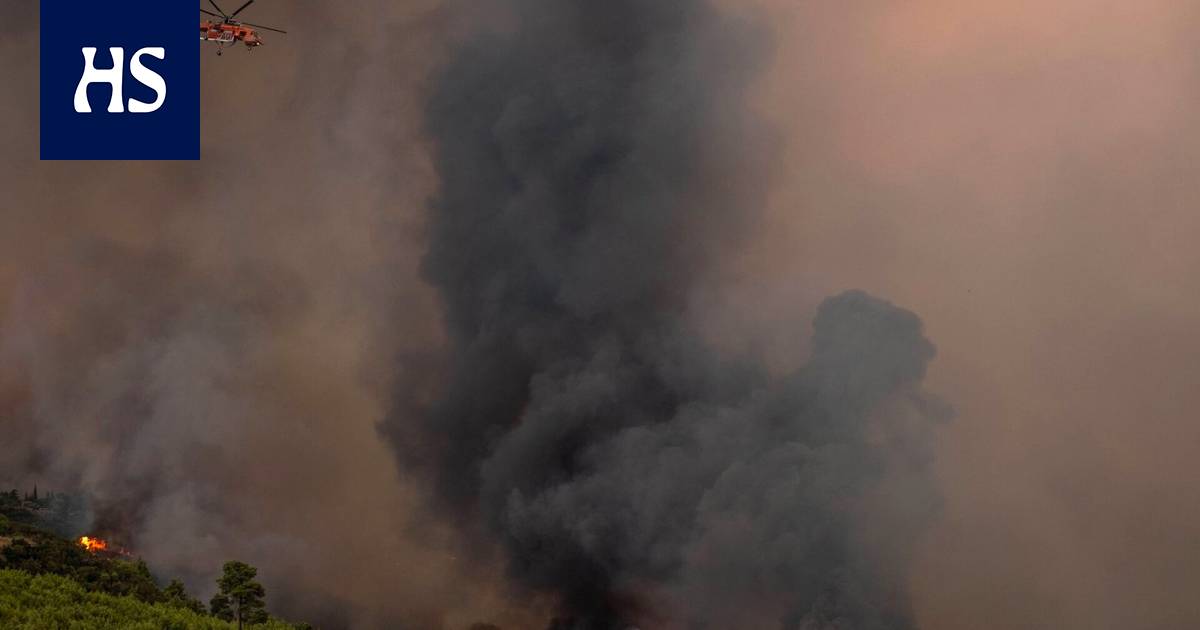 Thousands upon thousands tourists and locals have been evacuated In the way of raging wildfires in Greece. At least two people have so far been killed in fires lasting less than two weeks, extinguished by nearly 1,500 firefighters and 15 aircraft.

There is no promise of relief for the fires, as temperatures have risen well above 30 degrees even on Saturdays and the wind has been moderate.

Fires are raging at least on the Attica Peninsula, home to the country’s capital, Athens, Evia, east of Athens, the country’s second largest island, and the Peloponnese region in the southwest.

Greek prime minister Kyriakos Mitsotakis assured on Saturday that restoration efforts will begin as soon as possible in the areas devastated by the wildfires.

“The burned areas will be planted with forest. When this nightmarish summer is over, we will repair the damage as soon as possible, ”the prime minister said.

According to the Greek news agency Ana, two people have been arrested on suspicion of arson.

Greece and Turkey are in the grip of the worst heat wave in decades. According to experts, the killer fire and related fires are partly due to climate change.

In Turkey In the coastal city of Antalya, wildfires have been brought under control with heavy rains that began on Saturday, local authorities say.

Heavy rainfall was also forecast to continue until the afternoon in the town of Manavgat, one of the areas most affected by wildfires.

The situation is still serious in the tourist-favored town of Mugla, where firefighting work continues. In Mugla, residents of three different districts have been ordered to be evacuated.

In Turkey, eight people have died in wildfires for the second week in a row and several dozen have been hospitalized.

Turkey’s most devastating fires in decades have destroyed plenty of forests and farmland. Photo of the city of Mugla from July 6th. Picture: Cem TekkeuInouLu / ZUMA