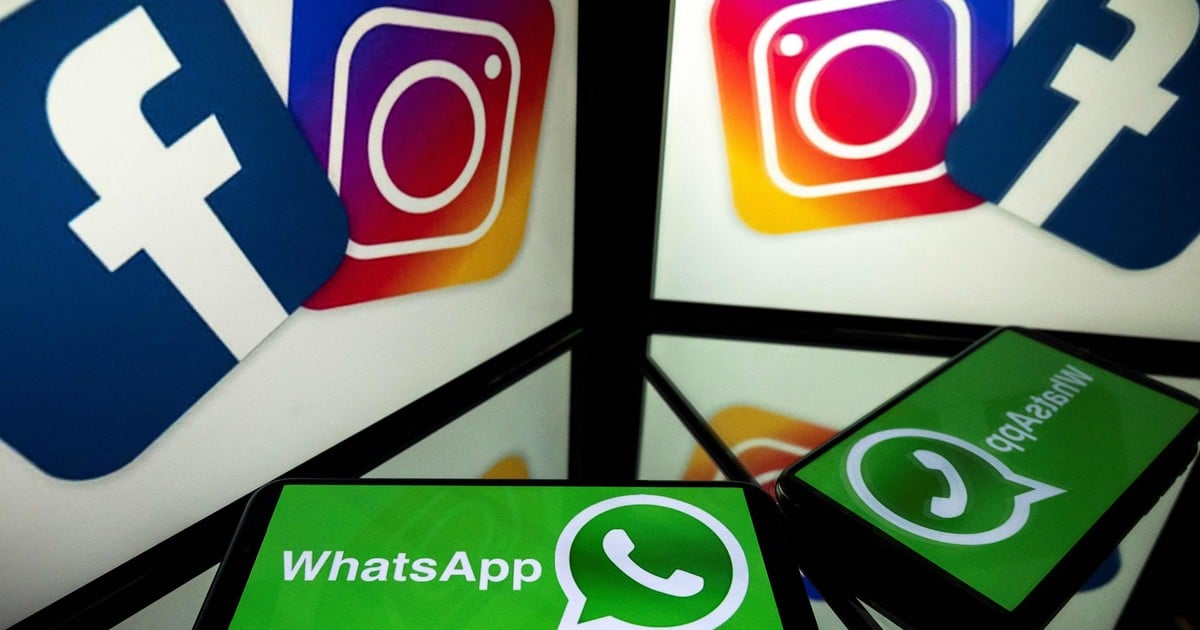 Facebook, Instagram and WhatsApp experienced technical problems in much of the world on Friday afternoon in Argentina. During this new incident, which lasted more than an hour and is the first so far in 2021, the three platforms, owned by the same company founded by Mark Zuckerberg, they began to recover their functions around 4:00 p.m. although with certain intermittence.

The colossus of social networks presents from time to time errors in the servers that end up affecting the most used Internet services in the world, such as Facebook, WhatsApp and Instagra: platforms that gather more than 5 billion users and that from one moment to another are unable to access their services.

The Downdetector page, which records user comments when an internet platform fails, pointed out that since the fall of this Friday at least 1.2 million complaints from at least 45 countries have been published, while 23,000 people left messages about problems with the WhatsApp messaging service.

From Argentina, for example, the monitoring site received 8,937 complaints from WhatsApp users, 4,655 from Instagram users and 774 from Facebook.

The problems that users notice on the three Facebook platforms are often repeated: those who tried to access WhatsApp, wanted to enter their Facebook wall, chat on Messenger or see the photos on Instagram encountered errors when loading content. WhatsApp is unable to send messages, also receiving them. And they always affect much of the world.

At the same time, as is to be expected, speculation is growing around these technical inconveniences that seem to be more and more frequent. Is there a saturation of the servers? Is it the fault of the unification of the messaging between Facebook, Instagram and WhatsApp? Or are cybercriminals involved behind these problems?

Unlike other opportunities, Facebook confirmed the general drop in its servers through the official account of its gaming platform Facebook Gaming. From there they communicated that they existed different problems on the company’s products and that the technicians were trying to fix them.

“Facebook technicians are managing to return the activity to the servers. According to the time in which the impact began, the majority services of the company were approximately an hour and a half without working in much of the world,” reported sources from the company in the country.

After exceeding more than an hour without access, company sources reported that services had been restored. “We solved the problem for everyone and we apologize for the problems caused,” they added.

As with each fall of the WhatsApp service, millions of users fled to the social network Twitter or other alternative messaging services, such as Telegram, its main rival in the West.

In principle, the social network of the blue bird is the stronghold chosen by those who seek information about it and end up promoting hashtags that quickly become a global trend.

As often happens in the face of every service interruption, especially when it happens with WhatsApp, users quickly position the hashtag #WhatsAppDown, a classic on social networks. There the complaints appear and the popular memes are even shared, which usually become a humorous way of channeling the discomfort.

On the other hand, the need for users to stay connected at all times makes Telegram appear as the most stable messaging option to avoid digital disconnection in its versions for cell phones and the web.

Although it is a service that has a quarter of the users that WhatsApp, although the number is on the rise, the platform created by Pável Dúrov did not record episodes in all of 2020, according to data from DownDetector.

Al Falasi is injured in the arm, loses his boat and refuses to give up his ancestral profession