Why not splash a little flash? 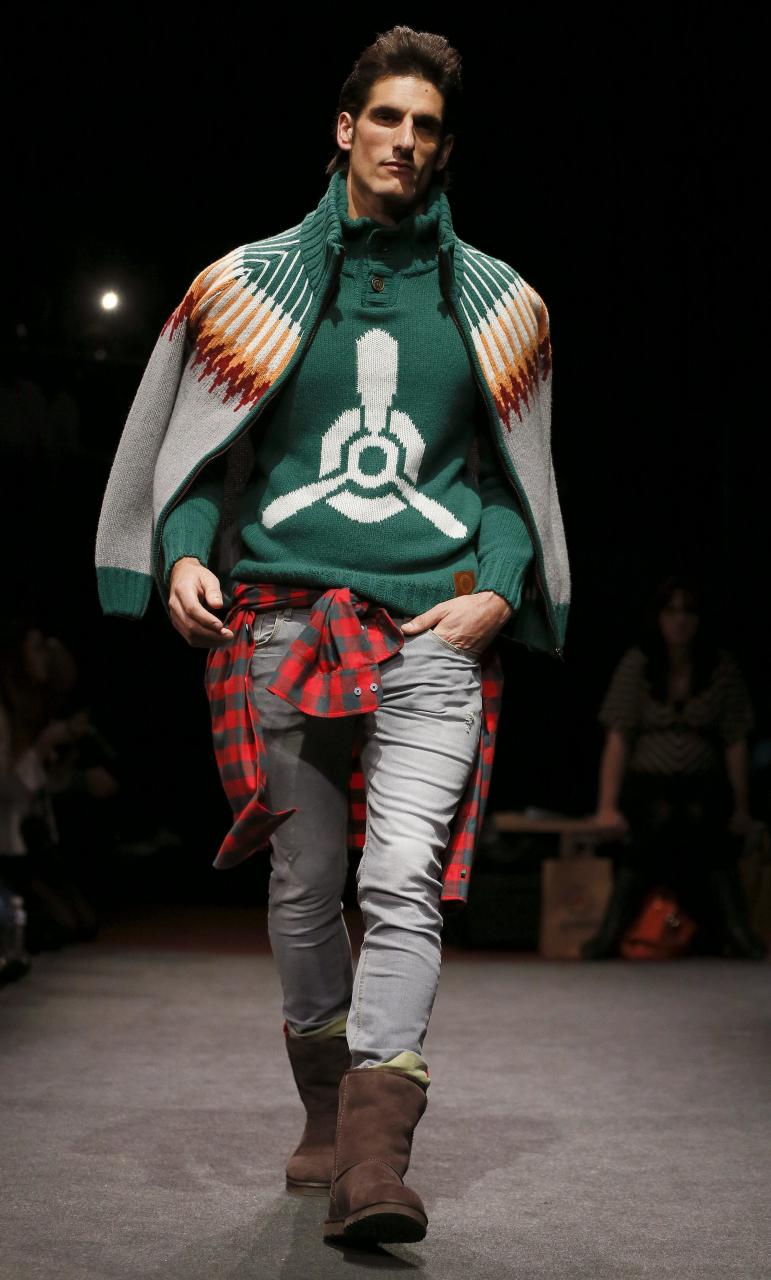 Over the past months I have been considering writing for male Bulletin readers a guide for the mature man.

Too often in my view, society in general is obsessed by the young, their attitudes, fears, aspirations, and lets face it – their style (or lack of it) and what is, and what’s not, fashionable.

Well, I’ve had enough of all that, in today’s column I will concentrate on the middle-aged man and how we can re-take the high ground of among other things, fashion, style and sophistication; not forgetting good manners and sex appeal.

If you think my approach to this subject risible – may I remind you that for a man to become middle-aged all he has to do is enter his forties, so don’t think it has nothing to do with you or your chap – because it probably does.

For a year now, most men have been slopping around in clothing that would embarrass a rough sleeper and blaming it on Covid-19 – which has become a sort of catch-all alibi for a general lowering of clothing standards.

Yes, I do know that no-one has worn a suit, or even a proper jacket in that time, but come on please – ‘leisurewear’ does have its place, but – not the same skanky T shirt and baggy track-pant combo so beloved by of men of a certain age.

Indeed, it is not for naught that my first sally into the mature man’s survival guide to appropriate clothing during a pandemic is to do with what you should and should not be wearing at this time. What do you mean, are you still wearing trainers?

Trainers, or what are properly known as plimsolls are okay on a young lad of under 18 years of age, but for anyone else they should only be ever worn if you are playing some sort of sport, the same rule applies to track-suits of any description and you should remember that wearing sportswear doesn’t automatically put you in the category of the hunky sportsman than women feel the need to lust after.

Basically, dress your age – and don’t lie about your age because everybody knows what it is – trust me on this one.

Unhappily, for many years past I have worked in-and-around what is commonly known as a creative environment. SW I am quite used to all manner of ridiculous outfits worn by colleagues who should know better. From pink camouflage trousers, to old ‘skool’ sneakers via ripped T shirts and the all purpose baseball cap arranged so as to go on your head back-to-front.

Alas, I do this sometimes whilst playing tennis and so am roundly abused by my coffin-dodging fellow players.

Naturally, the same applies to bandanas, wrist bands and those ponsy colored neckerchiefs that some of us like to affect, so as to mask the fact that we aren’t actually that good at tennis.

I have to say that living in Mallorca you soon get used to never ever wearing a tie, let alone a proper suit or even a proper jacket, but this is no reason why you shouldn’t. It is my firm belief that as a man enters his salad days he looks much better with clothes on – indeed the more the merrier.

A number of years ago when we first arrived here on the island, my own son had to have a word with me regarding an unfortunate lapse in my personal appearance. You see, after decades of wearing a corporate, M&S two piece suit, and a permanently disappointed demeanour, I went all hippy on everyone.

Yes, I know! I even wore beads around my neck and ankles until she caught me one day reading on the loo and cut them off – the beads I mean.

I also seem to remember – a pony-tail, like someone trying much too hard to look like an advertising executive circa 1995. In actual fact, that desire to appear a little younger has encouraged me to grow a Covid beard and let my hair take on the look of a 1970’s glam-rock roadie.

I wonder what will happen when Covid-19 is just a bleak memory and we all can actually go somewhere – indeed anywhere vaguely exciting?

Will that slinky frock of hers make an inappropriate guest appearance at your local bar down the road; or will he get a haircut and wear a proper shirt at the quiz night – or is that asking a little too much of anyone?

When I wrote in this column a couple of weeks ago the issue of weight gain during the pandemic, I was taken to task by a number of readers unhappy that I should highlight such a subject.

So I had better be a bit careful this week, otherwise I will get all-sorts of rude emails from sartorially challenged readers seeking retribution for my remarks.

Nevertheless, as boldness is my by-word – it has to be said that over the past months many people appear to have got themselves dressed in the dark before shopping in Mercadona.

Furthermore, for any gentleman reading this – just because the only clean article of clothing in your chest-of-drawers is a sleeveless T shirt – please remember that this arrangement is not called a ‘wife-beater-vest’ for nothing.

I wonder when the pandemic is finally over, will we all seek to do what we have been unable to do for months upon months?

By this, I mean not only to go-out without hinderance anywhere we wish to go – but, aggrieved by past limitations, take to seeking out in wardrobes our Sunday best clothes, normally kept for weddings, funerals and bar-mitzvahs and splash a little flash.

I really do hope so, don’t you?

Slave migrants in a town of Valladolid

Silent Hill creator works on a game with a Japanese developer